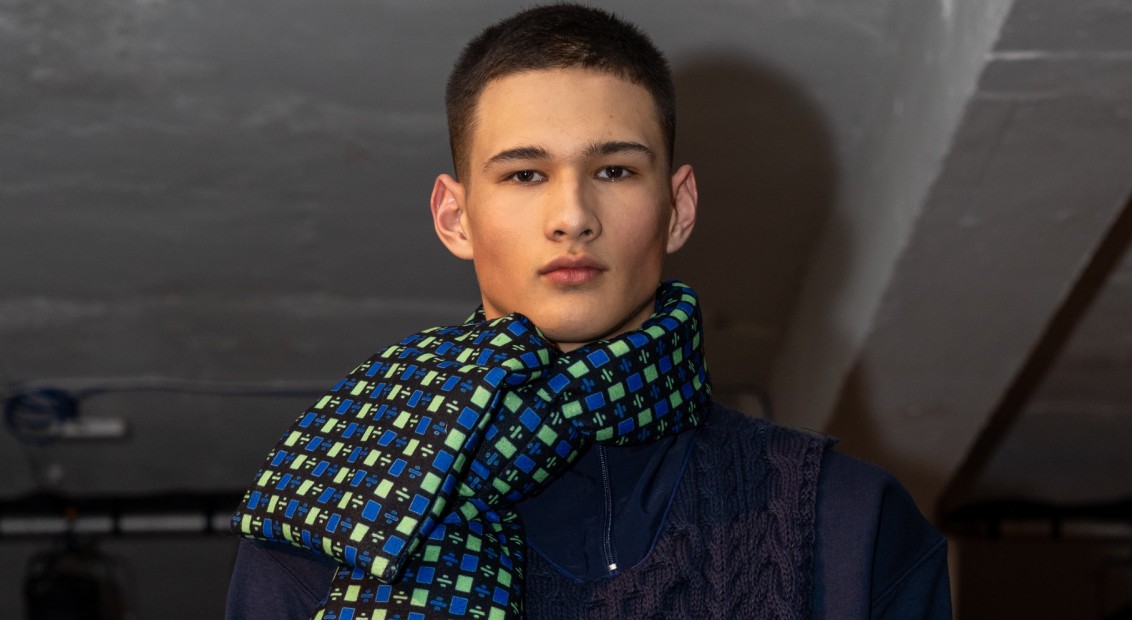 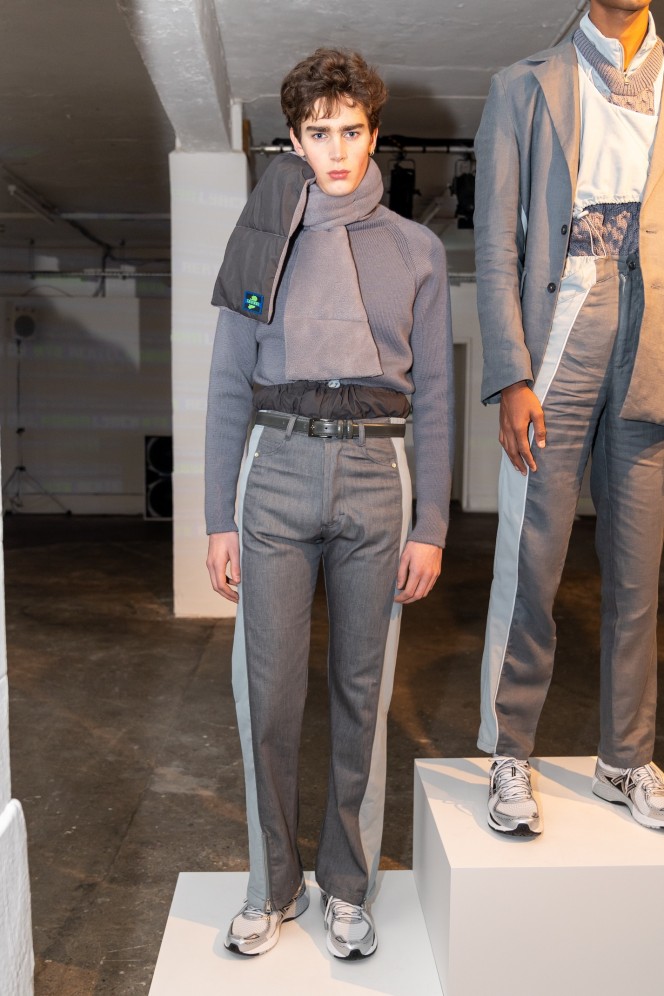 After Robyn Lynch took her audience on a summer holiday last season with Fashion East, for FW20, her first solo presentation was centred around a sense of community.

An Irish native, Lynch travelled to one of the country’s less inhabited islands for design inspiration. With a population of just 260, Inis Oirr served as Lynch’s mood board: the stylistic similarities and nuances that she noticed across generations would serve as the foundation for her collection. “When you step back there, it’s like time stops. It’s these young lads and these older men, living by their own rules,” Lynch explained.

The Westminster graduate’s show invites instantly set the tone for what was to come. A DIY affair printed with an image of a crowd of old men holding signs that read “BRING BACK TELETEXT” and “ANYONE GOT LAST NIGHT’S LOTTO NUMBERS,” this was an homage to cultural heritage.

In terms of palette, the pastels of SS20 had been eschewed in favour of mottled grey and deep cobalt. Lynch’s signature hybrid bottom halves were abundant — two-tone jeans were finished with elasticated waistbands usually found on track pants. Elsewhere, vintage-style track jackets were layered over abstract tops that were part Arran knit, part nylon. Of particular note was the font inspired by Aertel, the Irish TELETEXT channel. Found printed on padded scarves or featured on nylon panelling that appeared on sweaters, this was arguably the motif that most exemplified Lynch’s ability to remix nostalgia with modernity. 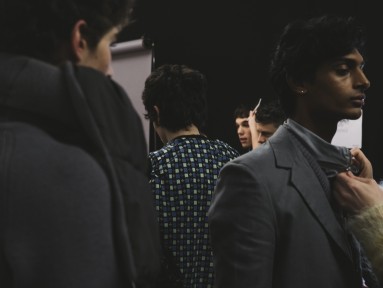