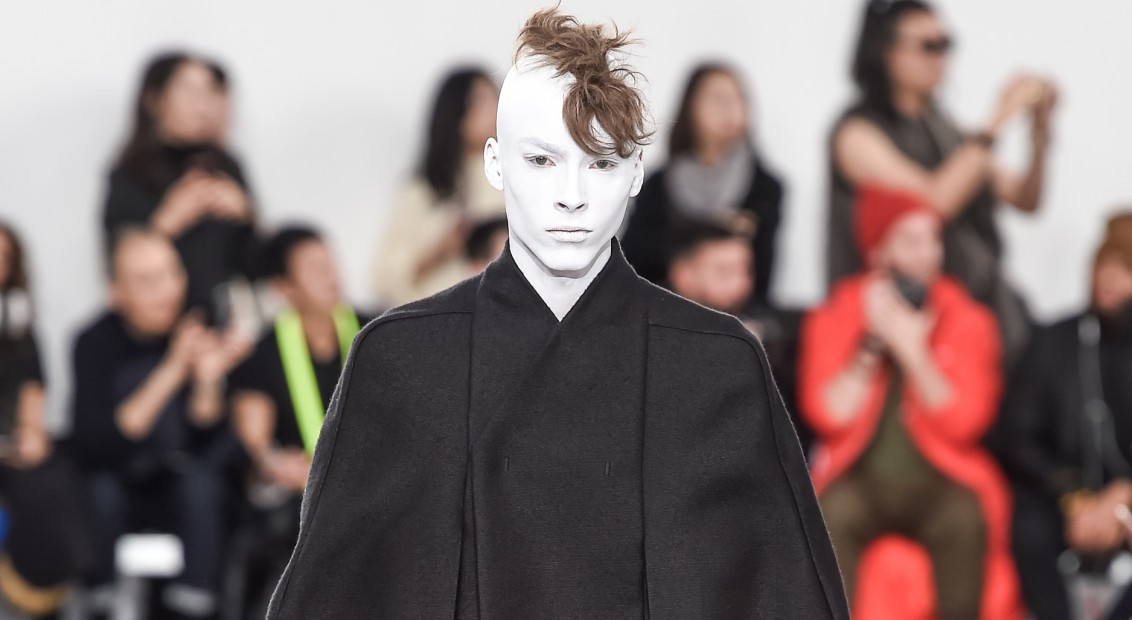 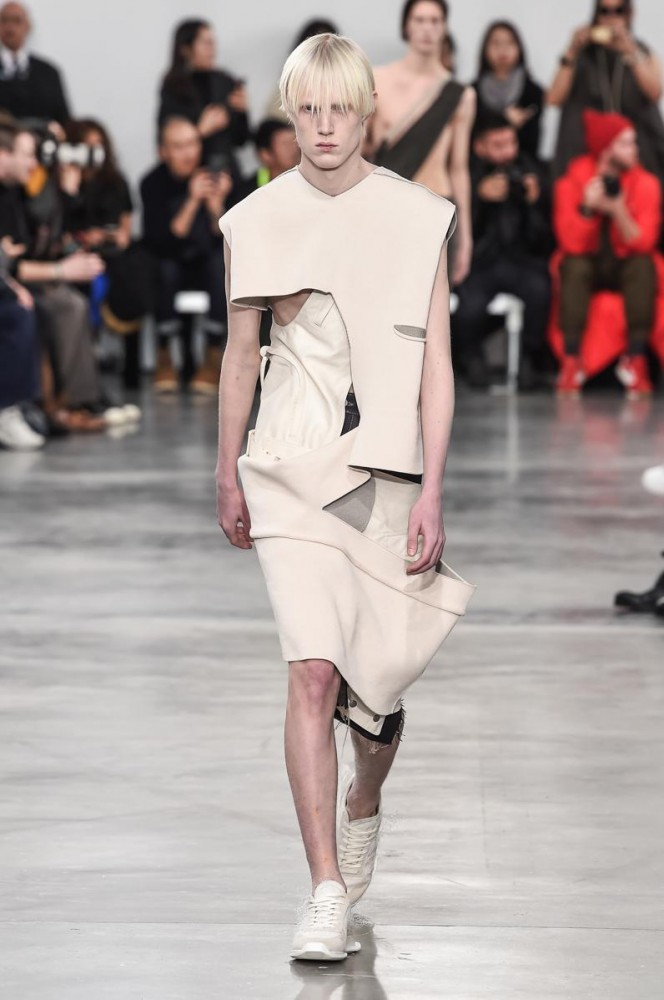 “One must imagine Sisyphus happy”, wrote French philosopher Albert Camus once on the Greek king pushing that boulder up a hill for the rest of his eternity, only to have it roll back down each time he hits the apex. What else can he do but accept the existential futility? Camus gets Sisyphus. The two were outsiders of sorts, and rebels, and suffered for both traits. Here, we add another outlier to the throws. Rick Owens, whose collection paid homage to the myth of Sisyphus as a device for talking out his own creative dissatisfactions.

For starters, he made a plain sneaker called the Georunner as a reaction to today’s culture of fancy-sneaker peacocking. A statement in non-statement making. The clothing itself rejected the narrow parameters of what clothing resembles – Owens’ main frustration to grapple with, the insularity of modern dressing. Touching symbolically on motifs from the classical story, rock-like forms encased the body, some with chest holes to remind of what’s trapped underneath. Chains and harnesses slung across skin too, and shoes were made with an extra wide and gummy base that’d a good choice in traction for the king’s uphill plight.

The forms veered toward abstraction, as ever. And textiles demonstrated the tensions of grace and coarseness inherent to Owens’ work. Thickly wefted canvas was ripped and torn, leather blistered, and shell organzas, stiffly draped but full of air, all beautiful, and all impossibly dense and unserving to the layman. But what more will Rick Owens do than happily keep pushing on?