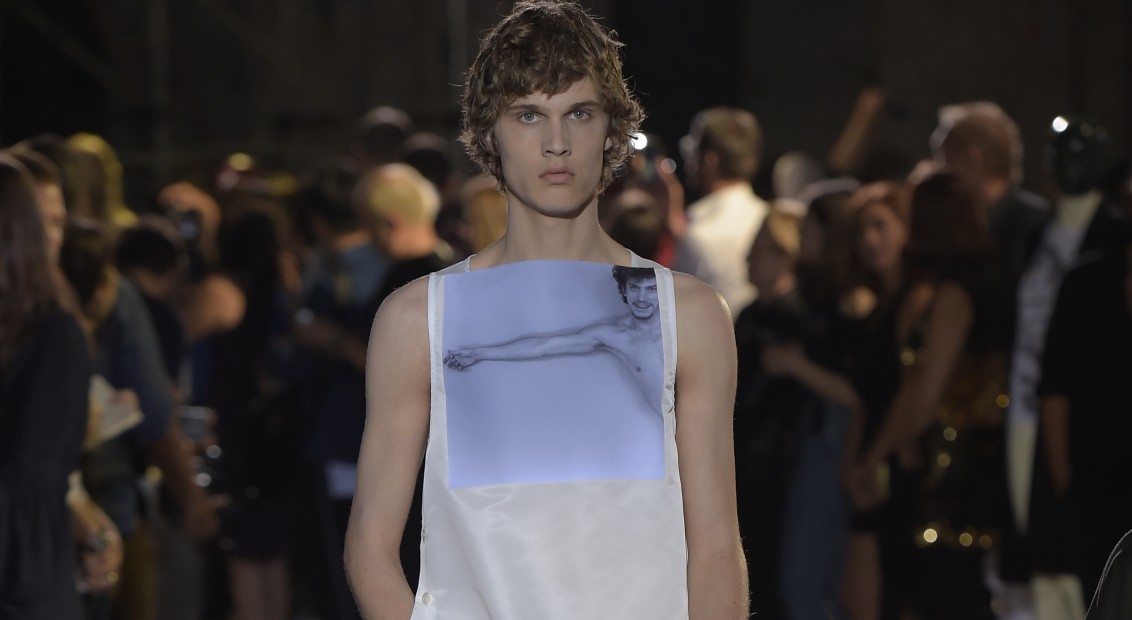 Look at the clothes 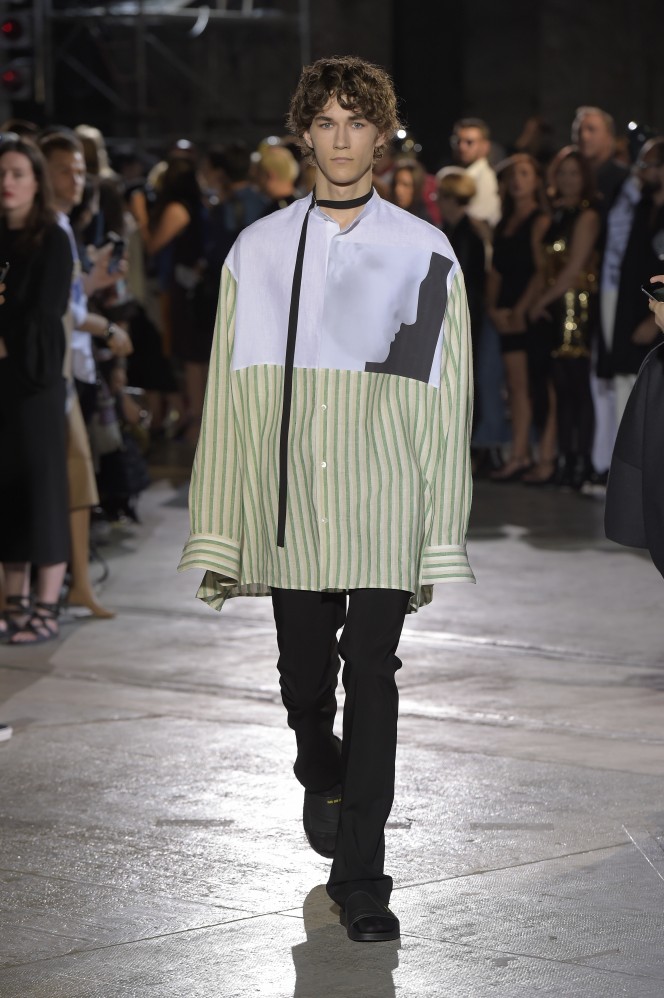 Raf Simons has returned to Florence. Following months of build up and teasing of a ‘special project’ to be reckoned at Pitti Uomo, yesterday the moment arrived as the Belgian designer showed his Robert Mapplethorpe inspired SS17 show at the biannual menswear trade fair.

From his time at Jil Sander through to couture at Dior, Simons’ indelible mark has long been burned into the culture of style. But, fed by art and youth subculture, his impact is felt most heavily in the realm of men’s fashion – and that’s what was celebrated yesterday.

There’s a couple of big markers here: it’s thirteen years after Simons showed his seismic exhibition ‘The Fourth Sex. Adolescent Extremes’ at Pitti. Then there’s the fact that last year marked the 20th anniversary of Simons’ eponymous line, which timed roughly with the designer’s departure from the helm of the house of Christian Dior. And Simons is no stranger to Pitti, far from it; having also presented menswear for Jil Sander there in 2010 and staged his own ten year anniversary show in the city in 2005 (yes, time does fly).

So the return was split into two elements: the presentation of Simons’ SS17 collection, set in a broader context on his work via an special one night only retrospective. Mannequins dotted a darkened Stazione Leopolda (Florence’s largest train station and the hub of Pitti events) wearing some of Simons’ finest menswear moments straight from the archive, from AW03s Peter Saville outerwear to his FW14 Sterling Ruby mash up. The audience was made to stand, forming a human corridor which the models stormed wearing the SS17 collection.

Simons was inspired by Robert Mapplethorpe, the legendary photography known for his highly controversial documenting of New York’s gay and fetish underground in the 1970s and 80s. His works (provided with the blessing of the Mapplethorpe Foundation) were emblazoned across the majority of looks, hung from the shoulders like chest plates and from belts – over the crotch. And the photographer’s own style was present in the prevalence of black leather and studs, and the long shirts – which also threw into light the style of his long-time friend, lover and confidant Patti Smith. It would be interesting to know how many times Simons has watched the recent documentary Mapplethorpe: Look at the Pictures – likely a fair few. As far as visionaries celebrating other visionaries go, this was a pretty special moment.

The fashion rumour mill has been working at full steam, trying to determine Raf’s next career move following his departure from Dior. Pitti yesterday shifted the focus back to Raf Simons right now – not the story, but the designer. As to what he’ll do next we have no idea but for now, let’s look at the clothes.