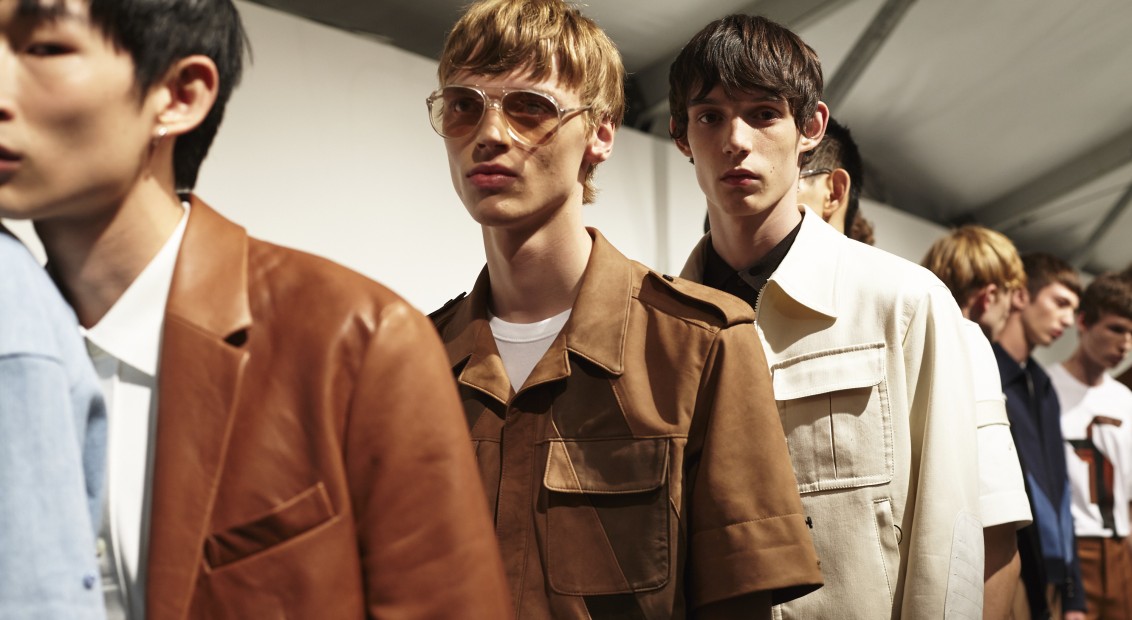 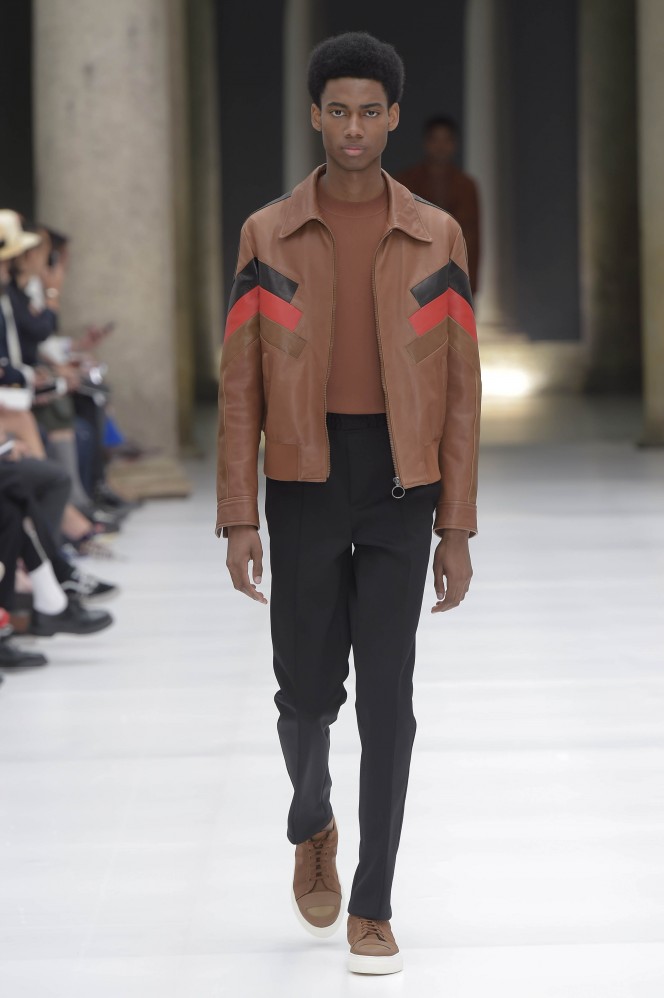 In a world of increasingly fast fashion, Neil Barrett has become a shining example of British creativity and Italian craftsmanship rolled into one. Milan is home for the designer, his expansive studio set in the buzzing Italian city – so it’s the natural choice of show location season after season.

The SS17 menswear show was set in the starkest of ‘all white everything’ minimal spaces. Flooded with natural light it brought full attention to the clothes, which harked to references from 70s, 80s and 90s.

Models paraded to a soundtrack of California Dreaming, the perfect late 60s sonics for an era-conjuring colour palette: browns, dusty tan and orange where framed with accents of off-white throughout. Leathers and denims were teamed with technical knits and track jackets, all shown together with a typically Barrett tailored finish.

Appliqué diagonal panels ran down the legs of trousers and arms or jackets to channel a retro-military feel, while Barrett’s now signature cuffed legs brought his luxe-sportwear element as to be expected. Teamed with leather blazers and suede bombers, they proved Barrett has his streamlined aesthetic one hundred percent down – no matter the era to hand. 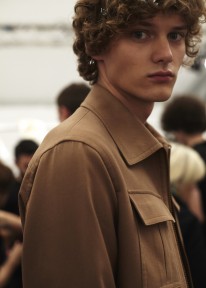