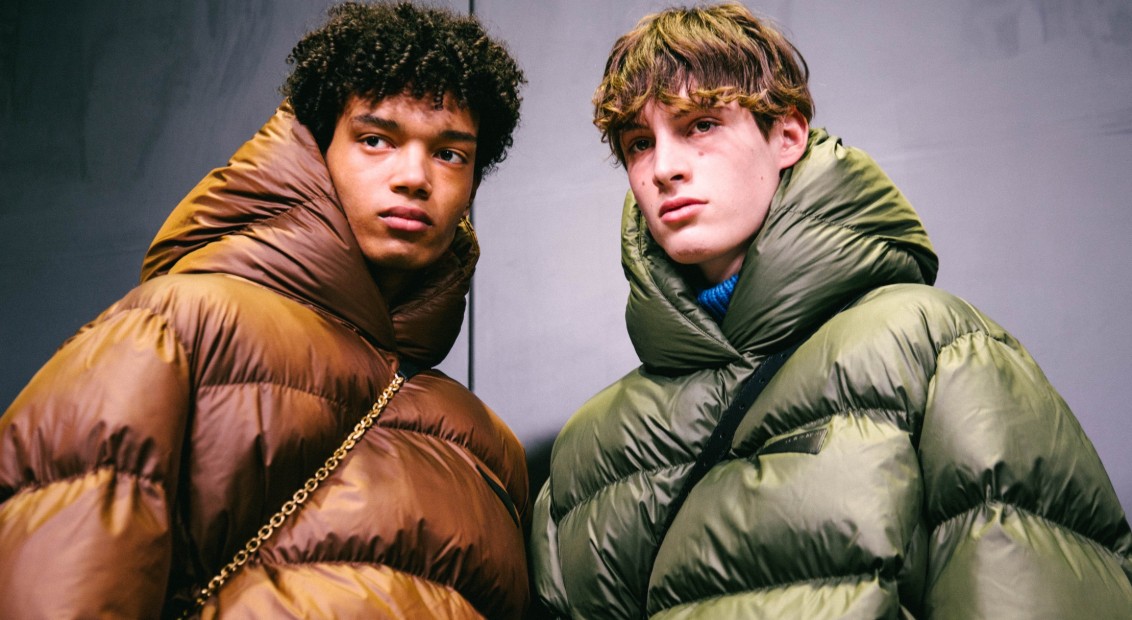 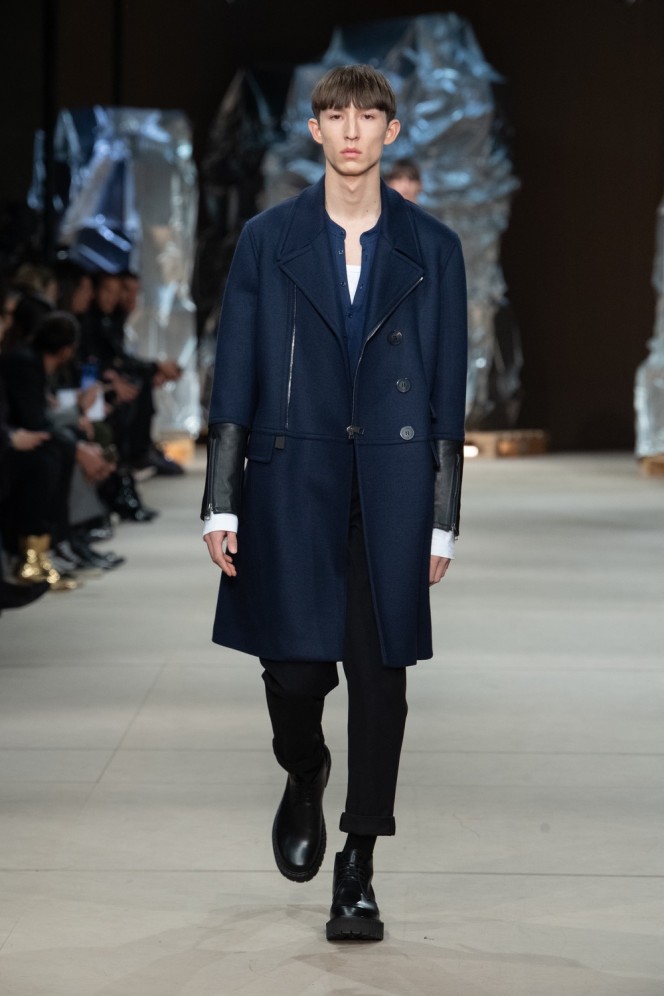 Prior to his FW20 offering, Neil Barrett appeared in an Instagram video where the designer outlined the premise of his show: “Contrasting how an artist works with how a fashion designer works,” was the key takeaway.

This “Untitled” collection was all about allowing the Barrett man to realise his artistic potential; the designer’s intention was to provide his audience with the base materials needed to build an aesthetically rich wardrobe. “Minimal versus Expressionist, Abstract against Figurative,” read the show notes, as Barrett delivered a line that served as an amalgamation of essential menswear codes.

Set to a trance-heavy soundtrack, audience members were seated within a show space punctuated by vacuum-wrapped silver sculptures: the desired effect was to mimic a gallery. Signature hybrid longline coats were finished with leather cuffs, while brown tweed trousers were teamed with billowing puffers. The designer even referenced his own oeuvre, as he harkened back as far as FW00 to resurrect bygone outerwear silhouettes.

Known to collaborate frequently, Barrett enlisted Milan-based graffiti artist Red to create abstract prints which permeated the collection, but the most obvious nod to the art world came in the form of a T-shirt printed with a graphic rendition of Vermeer’s Girl with a Pearl Earring. Additionally, Barrett also brought Chinese brand Li-Ning on board to create super-technical sneaks — evidence that the chunky trend is far from over. Essentially, this line was proof that Barrett’s creative talent knows no bounds. 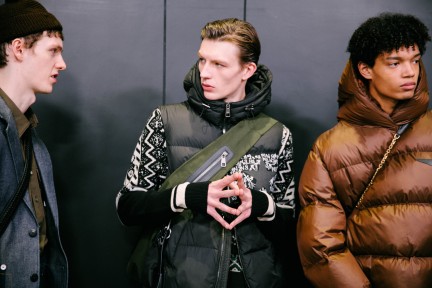