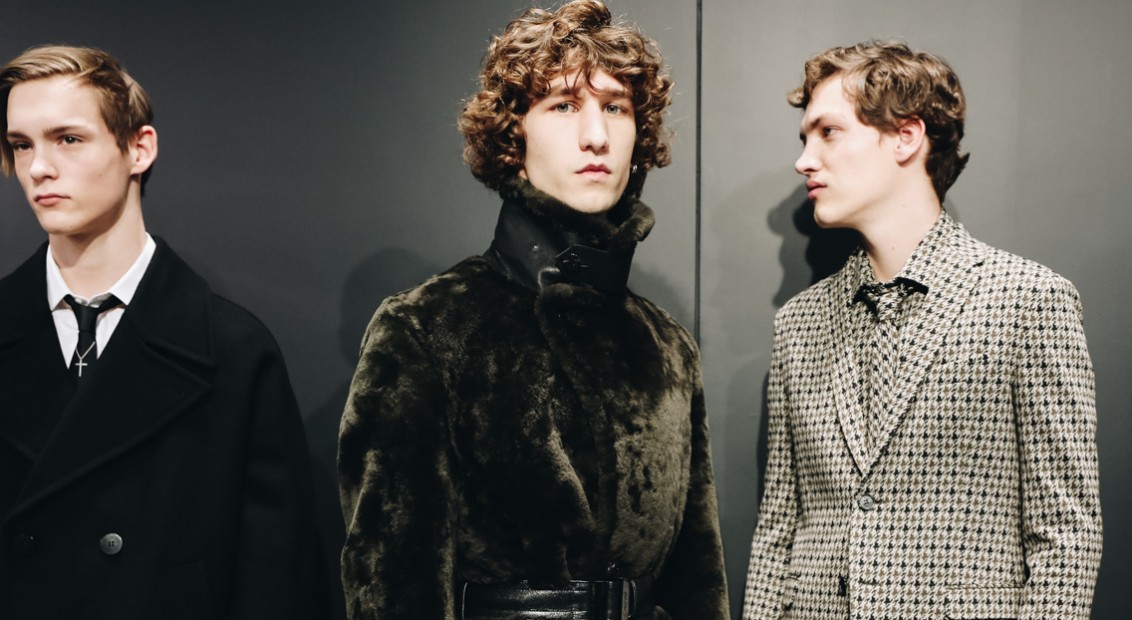 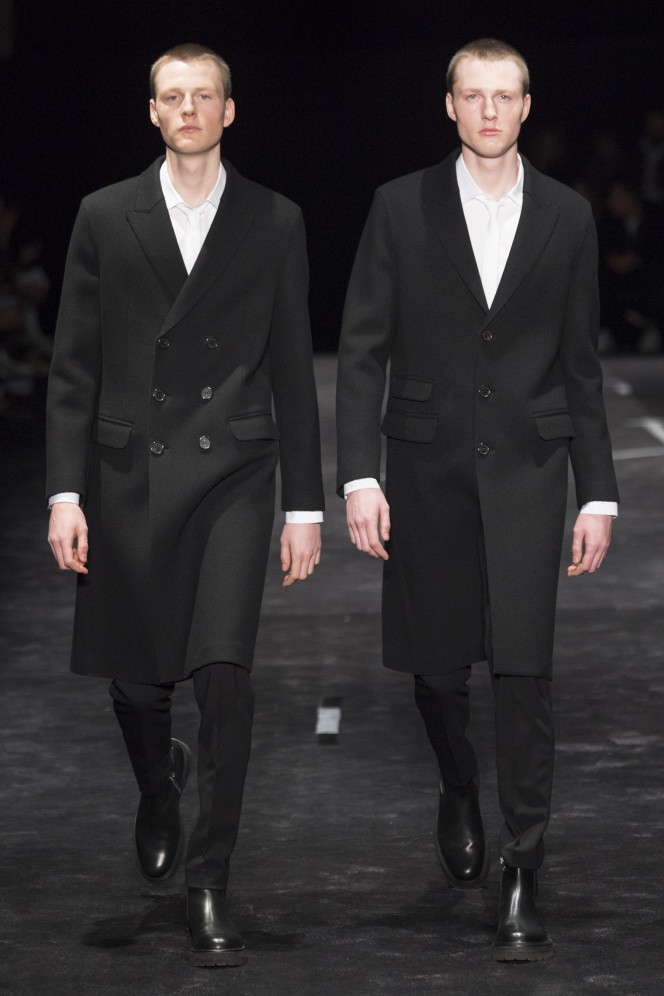 Last season Neil Barrett christened his new concrete HQ with a “purist take on wardrobe essentials”, referencing 90s minimalism. One season on and the Devon-born designer’s mindset was again nostalgic for that particular decade, specifically 1995, when he triggered a new vision of menswear while at the helm of Prada.

A Now That’s What I Call Music 1990s-esque soundtrack including Richard Ashcroft’s bravado classic Bitter Sweet Symphony and Underworld’s Born Slippy acted as a sonic time machine as Barrett sought to explore uniforms of masculinity. “Menswear is built on the notion of the uniform: from he schoolyard to the office, denim to sportswear, tailoring to army fatigues. All are uniforms, all are rules – to be both respected, and challenged,” the show notes read.

Considering the military’s uniformed attire, the opening look saw twins in matching buzz cuts and black and white tailoring – backdropped by the austere setting, this look conjured images of the crumbling dystopia in Richard Ayoade’s The Double. Coming from a family of military tailors, it’s fair to say his understanding gives him some authority over the genre. Enough authority to totally buck the more obvious interest in its rigours, and instead present elements of the aesthetic within a decidedly relaxed silhouette.

With the mood established, Barrett continued this conversation with masculinity by exploring archetypal menswear codes and cross-referencing them with couture shapes, such as a cocoon-shaped bomber jacket and military trench-coats pulled in at the waist to create subtle hourglass shapes.

From the battle field to the playing field, sportswear references merged to create softer hybrid silhouettes built in compact wools, macro-tweeds, leather and cotton. Womenswear looks matched their counterparts, fusing feminine detailing, such as silk, lace and corset tops with masculine staples – forging a uniform of equality and panache. 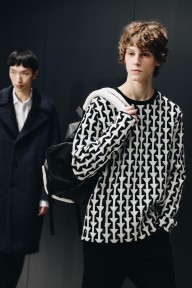