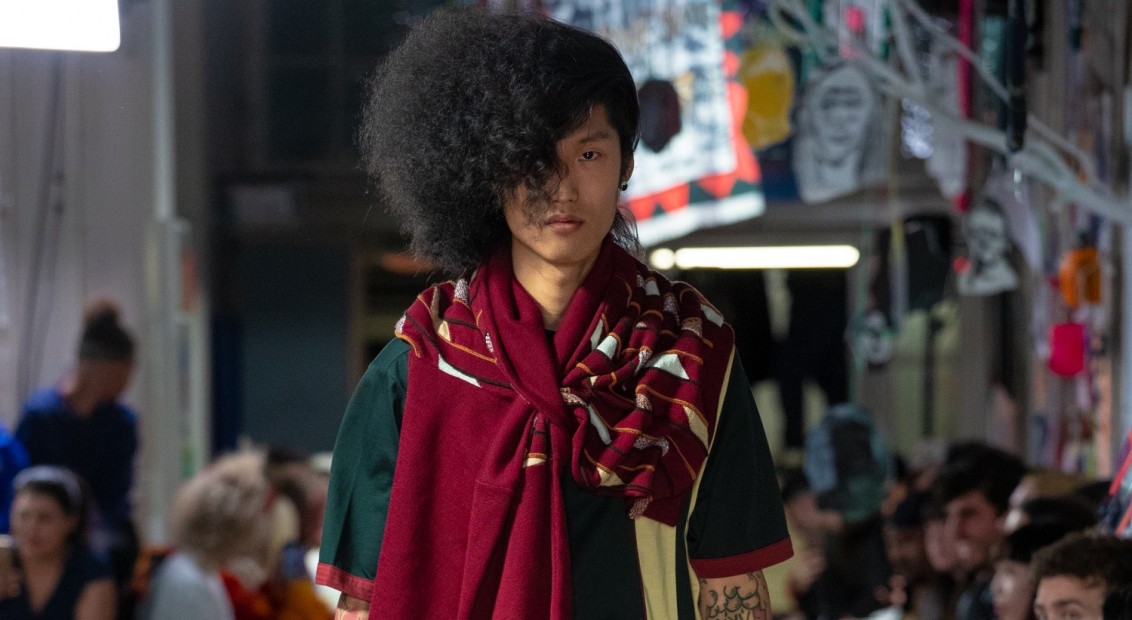 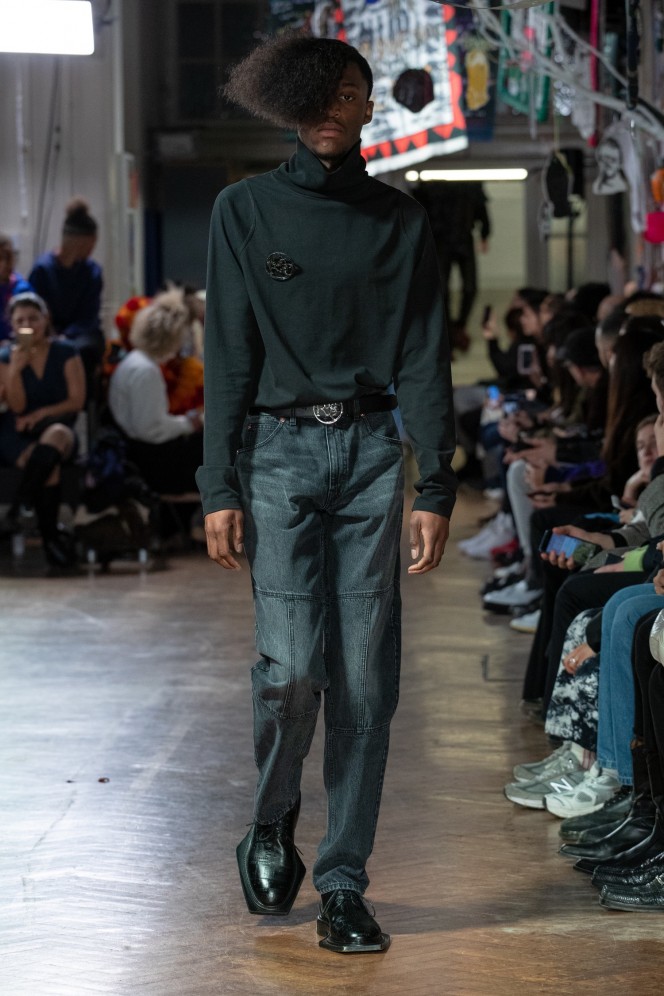 Community is one of the things Martine Rose does best – from her SS19 collection staged in a Chalk Farm cul-de-sac with residents among the invitees, to her politically-heavy SS20 catwalk, to last night’s show held at her four-year-old daughter’s primary school in Kentish Town.

At her first show of the new decade, the London-based designer went introspective, looking back through her past collections. Again, the diverse and inclusive sense of collectiveness took centre stage, and her signature characters – SS14’s Ricky James-inspired men and SS20’s Kinky Gerlinky partygoers – were revisited for a new era.

70s-inspired suiting, ruffled-bib shirting and lived-in stonewashed jacquard denim met leather separates, fleeces and updated branding on tees and lurex jumpers. Oversized blazers were jacquard-woven with ‘Tottenham, Croydon, Clapham Junction, Tooting’ (where Rose and her family have lived and worked) while knitwear and shirts were realised in collaboration with menswear label Farah, which gained popularity in the Jamaican community during the 70s and 80s: the designer remembers her uncle wearing the label’s hopsack perma-crease trousers, which have also been updated in Rose’s own aesthetic. Covetable cowboy boots and angular penny loafers came courtesy of her partnership with SIX London, too.