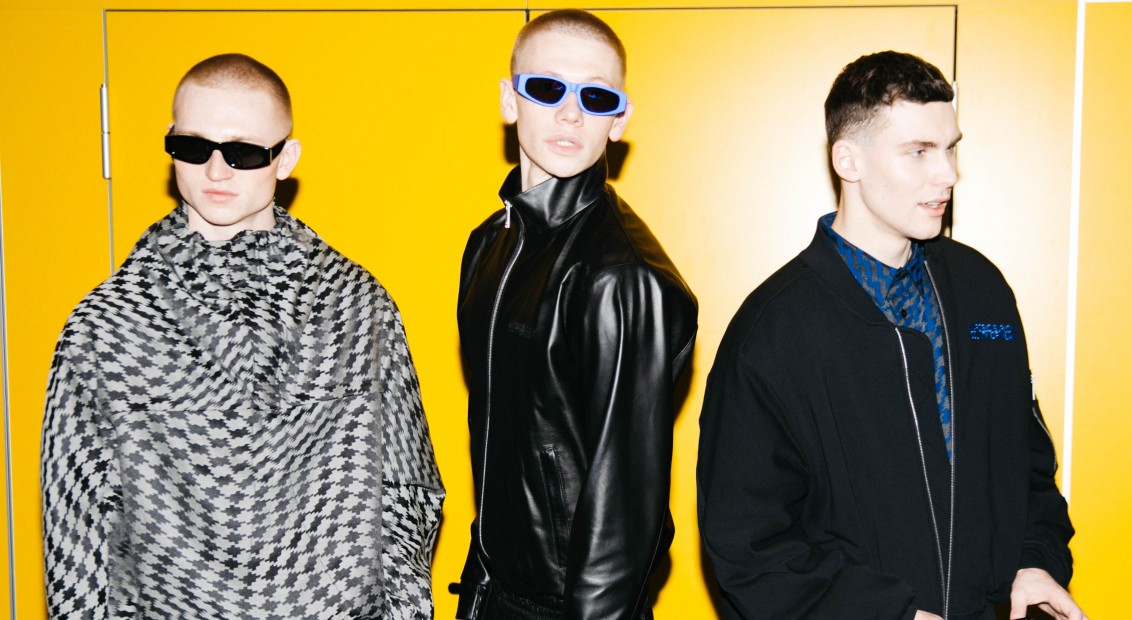 Marcelo Burlon’s journey from club kid to fashion heavyweight is well-documented. It was in the nightclubs of Milan that he met a series of influential designers and carved out a name for himself; before long, he had a celebrated PR agency whose clients range from Jil Sander to Coca Cola, as well as a multi-hyphenate career as a DJ, event organiser and, of course, fashion designer.

The buzz around Burlon’s own label has only grown over the years, as his list of collaborators has slowly swelled to include the likes of Pusha T, Lebron James and Tyga. Here is a designer seemingly in touch with what people genuinely want to wear; for FW20, this included a series of acid-bright, psychedelic prints, crystal-studded denim jackets and utilitarian, khaki bomber jackets.

Warped, paintbox-bright flower prints came courtesy of artist Miko Borsche, whose own joyous approach to creation bled into the playful collection. The cobalt carpet of the show space mimicked the fuzzy, distorted prints that snaked across puffer jackets, belted trench coats and quirky bucket hats, already more or less guaranteed to trickle onto your Instagram feed. Other accessories were similarly memorable, like the Airpod holders repurposed as necklaces.

It’s noteworthy that Burlon’s first foray into fashion was an affordable line of t-shirts which, when styled and worn by his club kid friends, generated enough word-of-mouth interest to sell 10,000 units. Unlike some designers, who have struggled to digitally translate their vision in the age of social media, Burlon understands the importance of branding. Every quirky print and accessory in this collection bears his distinctive stamp – and that’s precisely why it will probably be one of this season’s most-photographed. 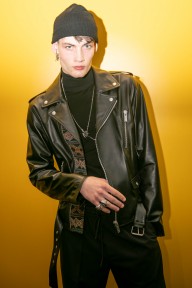