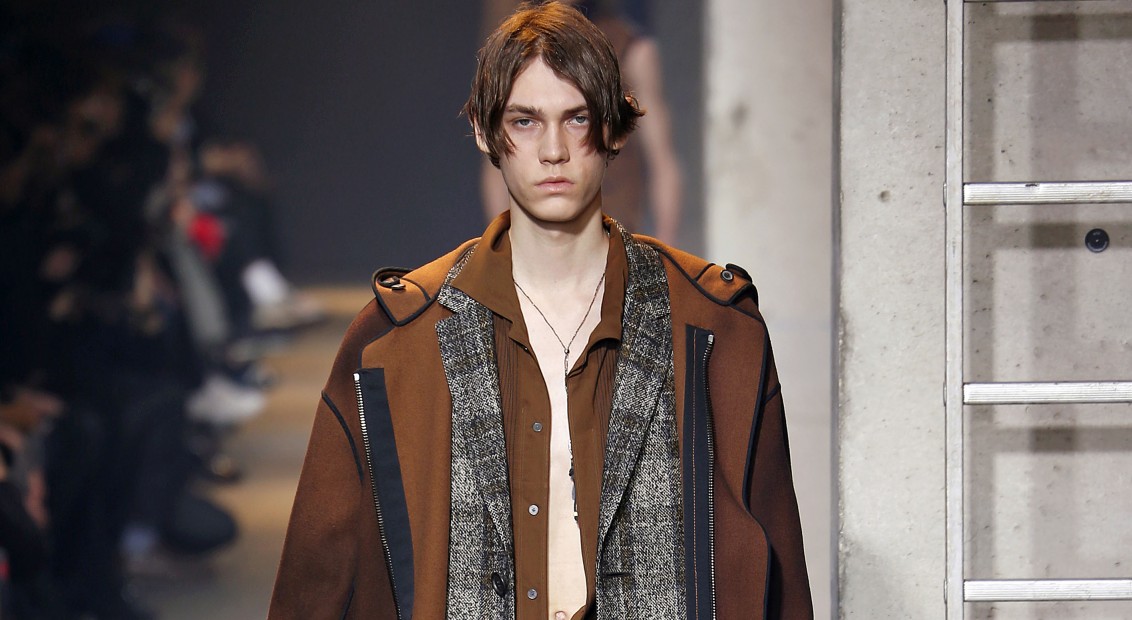 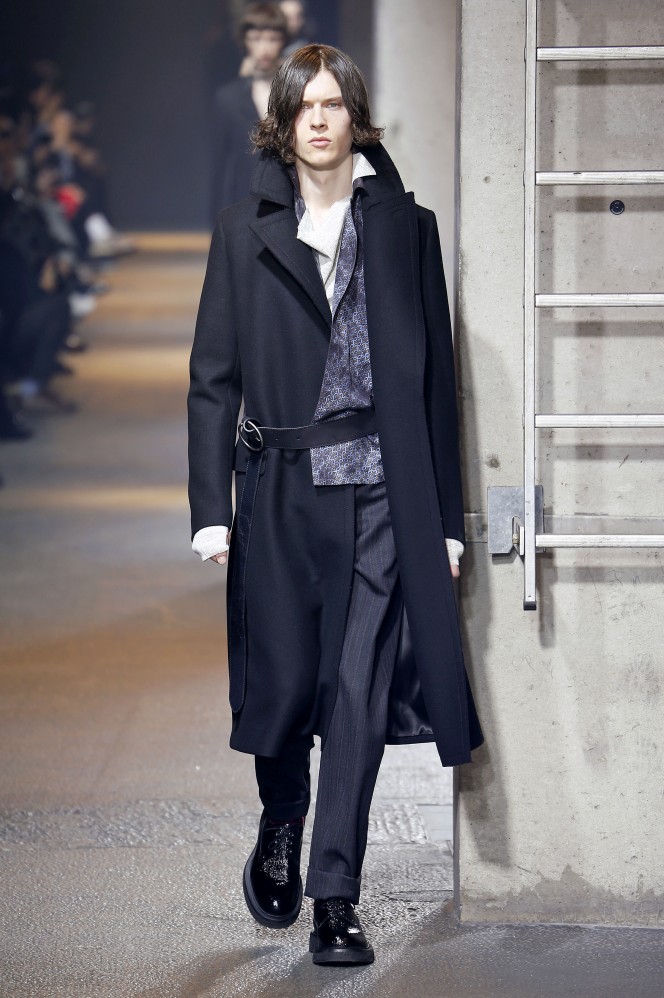 A few months ago the fashion world experienced an almighty – and unprecedented – shake up with three top brasses leaving a trio of French icons: Simons at Dior, Wang at Balenciaga – and Elbaz at Lanvin. The latter being particularly shocking after his 14-year stint at the helm as creative director. Men’s style director Lucas Ossendrijver remains at the house however, and this season brought a flicker of light that cut through some of the safer presentations in Paris.

FW16 marks ten years of Ossendrijver’s tenure. Historically many designers tend to notch such a celebration with a creative conversation of atavism – which wouldn’t be atypical for a brand with a 125-year-old history. The designer chose to ditch that and go with a retrospective of his own work – supplanting it with killer products and processes deemed as an opposition to the pedantry of traditionalistic design.

Working that conviction came in the form of slight, but forward-thinking features like cutting off lapels and sleeves on suit jackets – leaving edges raw – and sewing darts shut to create rigidity. Glimmers of grunge were seen throughout the styling and its clean undercut of artisanship, but more so through the models’ long, loose hair and impassioned, charged strides down the catwalk to the electro beat of Poni Hoax’s The Paper Bride.

Subverting typical formal codes continued: shirts were left loose and undone; belts and bag straps wrapped around waists and torsos that constricted garments unceremoniously (it was first-rate); and wide-legged – even Oxford bag – trousers injected an air of history, made newer, relevant and slicker. Craftsmanship was FW’s kingpin (but it’s always Lanvin’s calling card) and iconographically symbolised by tool-like motifs – saws and keys – seen on knits and accessories like pendants on bracelets and keyrings.

Subversion played a starring role: codes of the refined were reclassified through constructions reversed so that they appear on the outside; spray-paint was used to create ‘shadow effects’ on jackets and ‘one-off’ pairs of trainers; while basting (or tacking) stitches were used to maintain the nonchalance imbued by the boys. Subversion, opposition, defiance, whatever – fact is, Ossendrijver’s attestable aptitude feels like a solid beacon in an industry undergoing some monumental change.