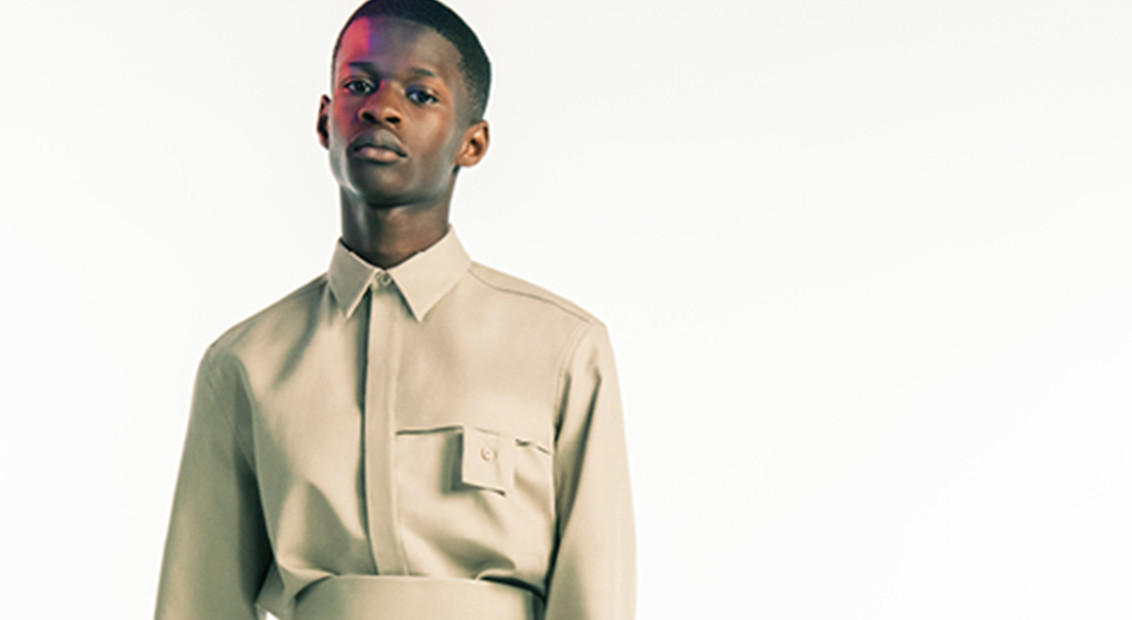 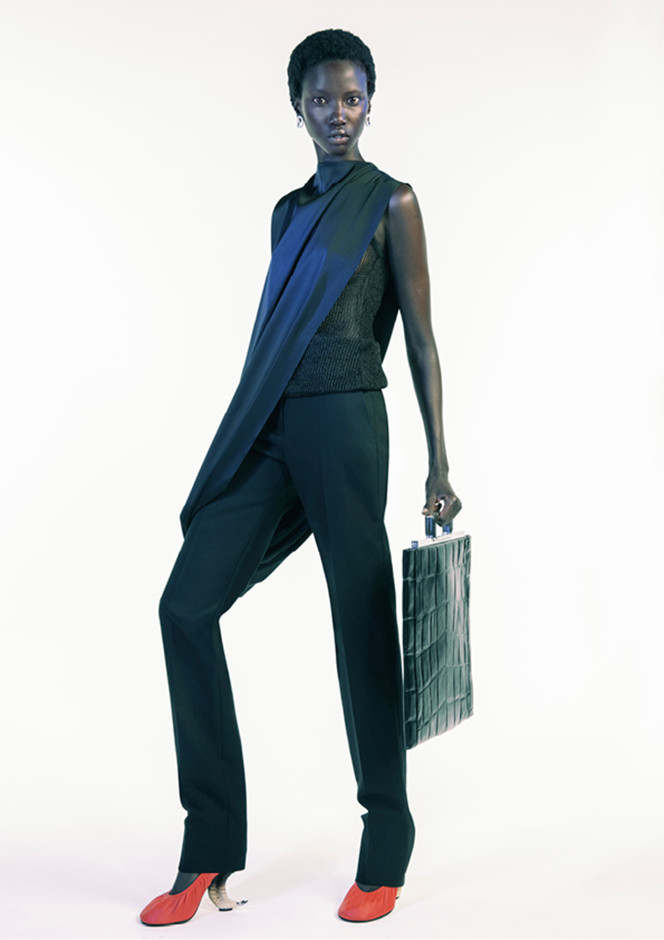 In June 2020, Matthew M. Williams was announced as the new creative director at Givenchy. An appointment made during the height of Covid-19 lockdown – the first of its kind at a major luxury fashion house.

But then Williams’ journey has been anything but predictable. Chicago-born, the designer spent his formative years in California. Immersed in its thriving skate and music culture, he soon established a career as a creative director for some of the world’s biggest musicians – like Lady Gaga and Kanye West – envisioning costumes, videos and even live production. In 2015, he founded his own label, 1017 Alyx 9SM, named after his eldest daughter. Filtering luxury clothing through an authentic street culture lens, the brand tuned Williams’ design codes to become one of the most exciting around. And in 2020, the designer was given the gilded keys to Givenchy.

Which brings us to today, and to a lookbook-cum-photographic-study by Williams together with New York-based, German-Korean artist Heji Shin – “a photographer who also gets to the heart of who a person is as much as to the clothes they wear,” read the press release. Against a pure white background, each look was given space to shine.

“You find the pieces of the puzzle for a collection, building it from symbols and signs, but never forgetting the reality of the person who will wear it and bring it to life,” said Williams, introducing his collection. “The women and men should be powerful and effortless, equal and joyful, a reflection of who they really are – only more so. It’s about finding the humanity in luxury.”

Note the word ‘puzzle’ here with multiple-meaning – considering Williams’ signature rollercoaster seatbelt buckles at Alyx, alongside hardware pieces such as chest rigs and harnesses that have become his raison d’etre. Using ‘hardware’ as a metaphor, the press release explained this as “a symbolic nexus of utility and luxury and the place where this collection began.”  And that’s exactly what we got, as Hubert de Givenchy’s revolutionary light and meticulous approach to tailoring met Williams own values of “playfulness and pragmatism.” A meeting of European and Californian style, of classicism and subversion, of past and present.

Setting the scene, initial looks cemented tailoring form and silhouette in sleek, minimalist suiting with subtle avant-garde sleeving shapes. From here, Williams hallmarks began to feed in. There were thick triple-chain silver belts, reptilian skirts and bodices decorated with hanging Givenchy monogrammed locks – an early hallmark of Williams’ Givenchy inspired by those lovers hang on Paris’ bridges. Three-toed sandals were introduced with incredible horn heels (a McQueen reference) and extra thick hardware necklaces spoke of Yoon Ambush’s influence (a designer Williams has long collaborated with). Trousers appeared as if the result of a wild volcanic acid explosion (“triple-baked denim” according to Williams) and jackets were embellished with glistening scales. Sexuality and sensuality were celebrated throughout, with one model donning a pair of skimpy red leather briefs, and another showing the tip of a g-string through a backless floor-length number.

Williams described this debut collection as a “stream of consciousness” and “a ‘sampler’ of what is to come.” Think of it as the initiation ride – and buckle up. 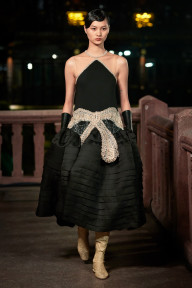 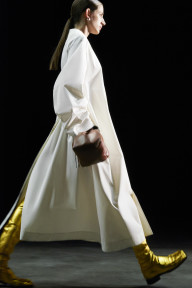