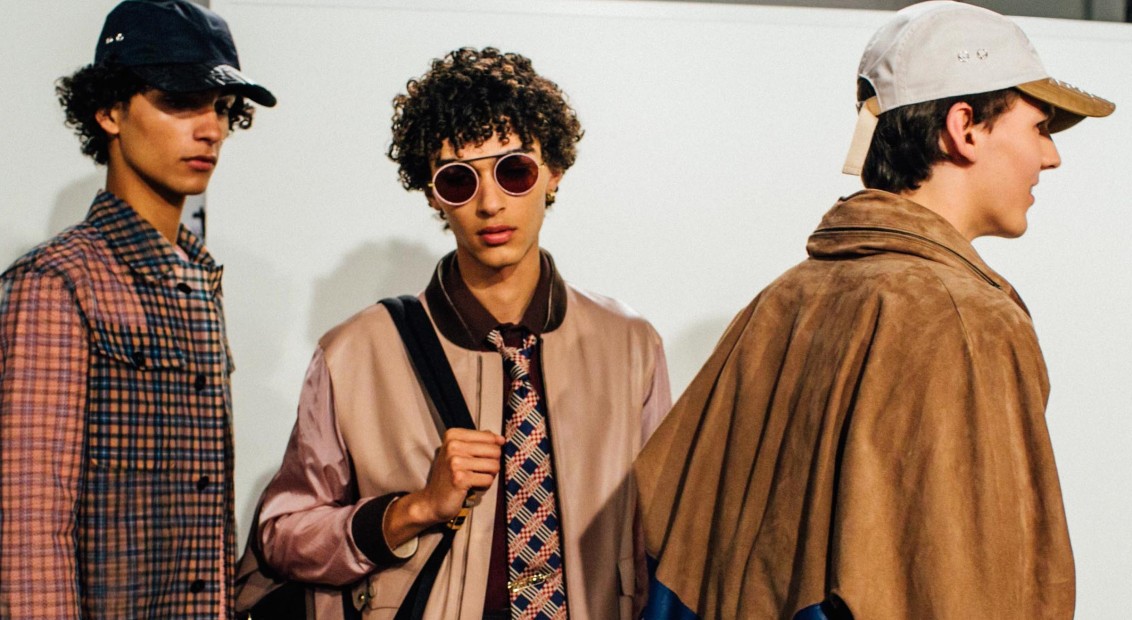 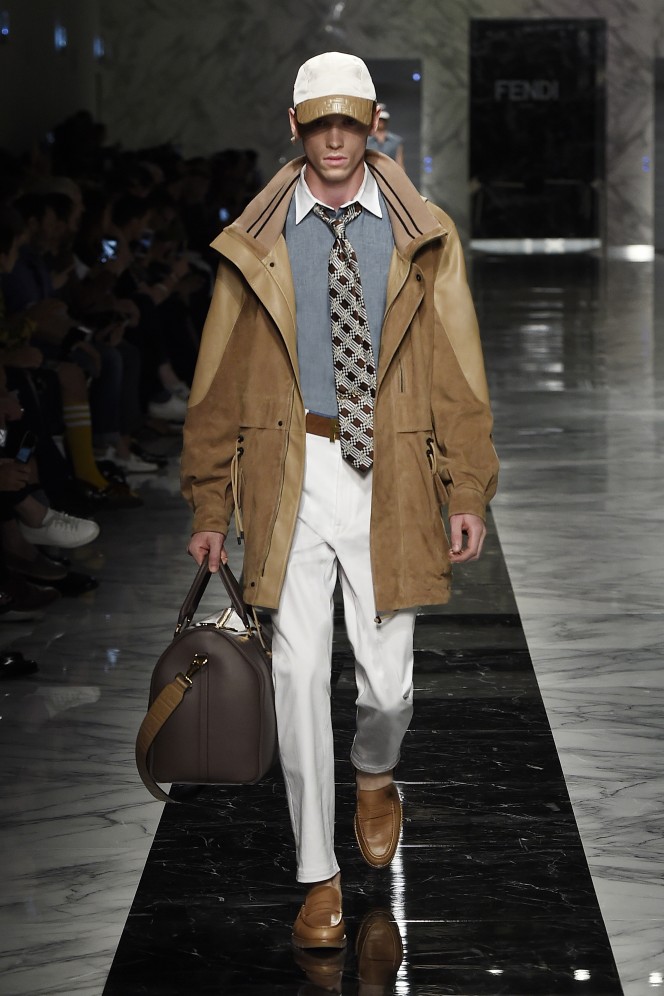 For SS18 Fendi found an unexpected muse in the young CEOs and entrepreneurs of the start-up generation, well known for their casual and offbeat attitudes and dress codes. But, if you envisaged a bland dose of normcore-anti-style then prepare to be surprised again.

The show took place at the Milan HQ in a space that mimicked an office foyer, at the entrance there were two elevator doors where the models entered the catwalk to Sister Sledge’s “Lost in Music” – disco’s infamous rebel-work-anthem. Silvia Venturini Fendi harnessed the start-up spirit by adding a touch of flare and sass to the corporate wardrobe. Ditching heavy materials traditionally used for suits, she created jackets in sheer check textiles, paired with short-shorts, leather caps and slides. She also steered clear of a conventional colour palette, opting instead for 70s avocado green, harvest gold and pastel pink combined with clashing Fendi FF logo prints. Motifs like lamps, telephones, teacups also appeared throughout the collection, created by artist Sue Tilley, the illustrations were a fun subversion of mundane everyday objects. 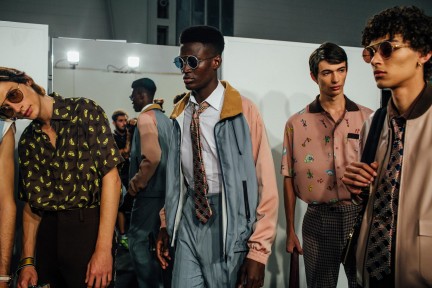