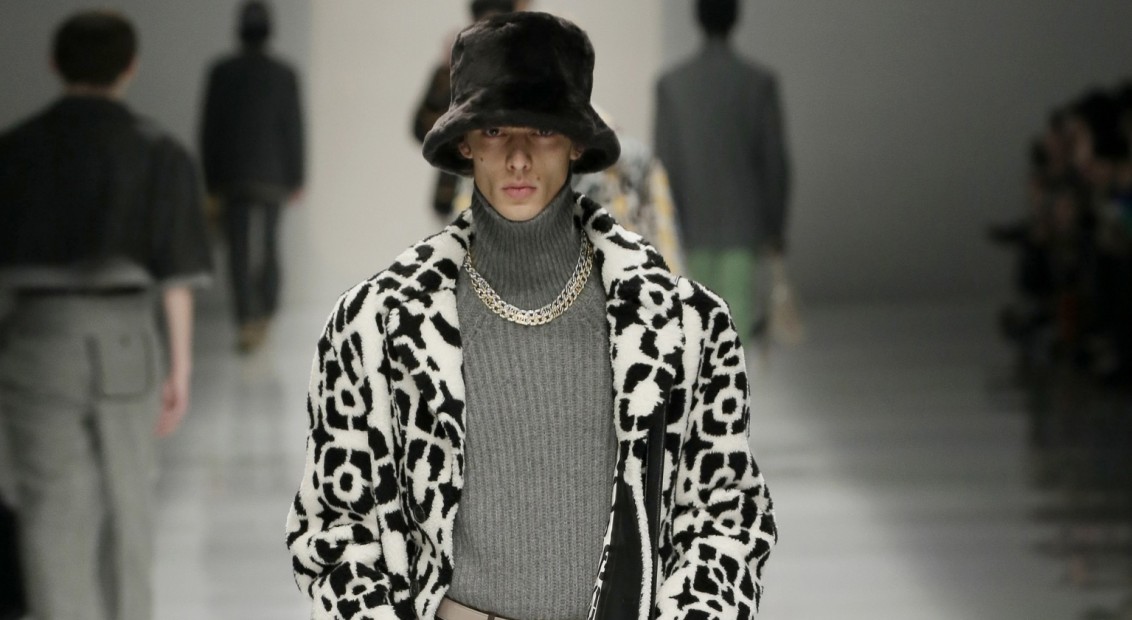 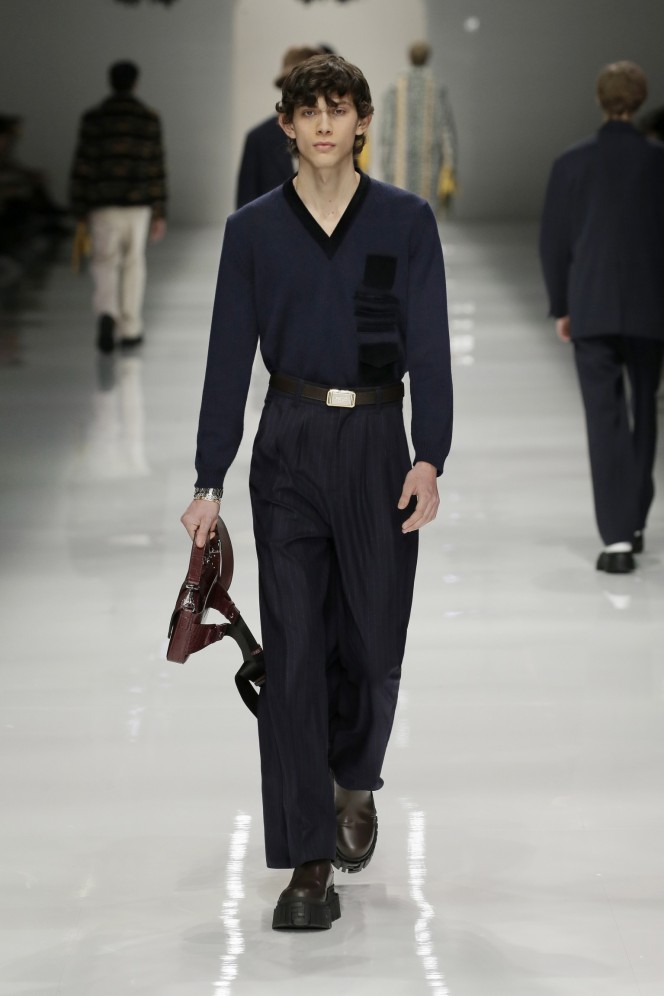 Fendi may be almost a century old, but creative director Silvia Venturi Fendi still has her eyes fixed firmly on the future. For FW20, the talented designer was driven by a series of core ideas: practicality, modernism and fluidity. In her eyes, the world looming on the horizon will be characterised by its progressive attitude towards gendered presentation, but also tainted by the ever-looming threat of the climate crisis.

This first idea was expressed through a series of sartorial hybrids, which fused tailored trousers with column skirts that floated behind models as they walked the polished runway. Some coats had hemlines so low they could easily double up as dresses– especially those printed with iterations of Fendi’s iconic chainlink pattern, and accessorised with dainty pochettes in the brand’s signature sunny yellow.

Elsewhere, this sunshine shade was striped across garments in a geometric pattern reminiscent of high-vis vests. Functionality was a key concern, to the extent that Fendi described the garments as ‘body wallets’  fitted with multiple pockets and handy compartments for headphones and credit cards. Scarves were super-sized and sometimes accompanied by hand-knitted bags, whereas high-shine trousers and jackets seemed so practical they were basically wipe-clean.

The emphasis on heavy-duty outerwear and the option to carry an everyday survival kit felt like a response to the climate crisis, but the most specific reference came in the form of a collaboration with ANREALAGE. Helmed by Kunihiko Morinaga, the brand became the first (back in 2013) to utilise UV colour-changing technology, which was used for this collection’s final three looks.

Comprised of puffed-up jackets which cocooned around models’ bodies like spongy exoskeletons, their iridescent sheen was designed to change when exposed to sunlight – a visual communication of global warming, which is seemingly becoming fashion’s priority to slow down.