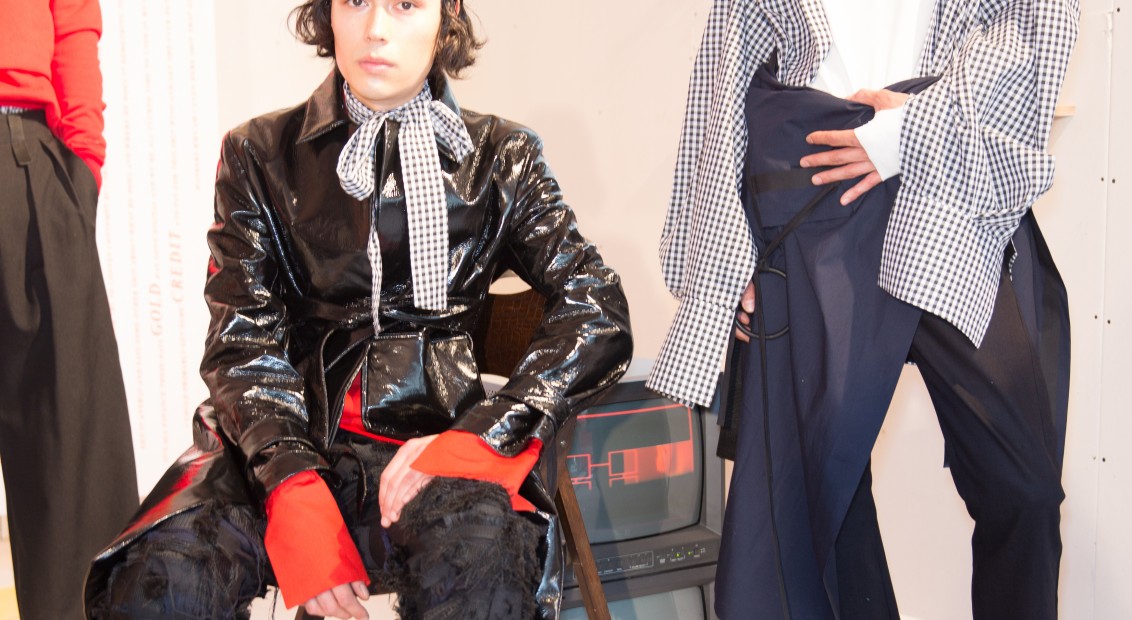 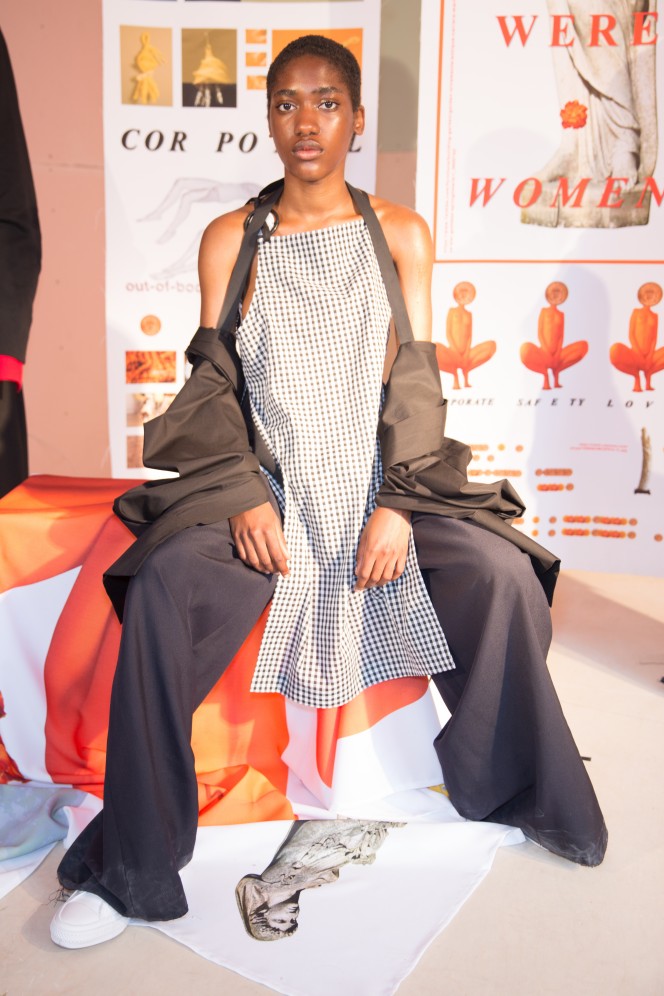 Turning out talent including the likes of Jonathan Anderson, Astrid Andersen and Craig Green, Fashion East’s list of alumni just goes to show how successful it is as an platform for emerging designers. This season’s triptych welcomed Luke Stevens and duo James Theseus Buck & Luke Brooks as ‘Rottingdean Bazaar’, while Rory Parnell-Mooney returned for another season with a standalone space.

“Some will say that all we have are the pleasures of this moment, but we must never settle for that minimal transport; we must dream and enact new and better pleasures, other ways of being in the world and ultimately new worlds.”  As the old age debate surrounding tradition and inclusively persists (if not heightens), a new wave of fashion creatives are effecting change. Today, Rory Parnell-Mooney showed that he is one of them.

The Ireland-hailing Central Saint Martins graduate’s SS17 collection was as bold as it was thought-provoking. The words of revolutionists and political activists like José Esteban Muñoz (cited above), Arthur Rimbauld, Rudolf Koch and many more, underpinned the line-up, serving as a literary backdrop against which a litany-inspired collection was set. It seemed that Parnell-Mooney was not merely echoing the relevance of these statements, but also highlighting the transient power of the written word.

Elements of his previous work could be glimpsed. His fascination with ritualistic dressing and practice remained a constant with oversized silhouettes, high collars and swathes of layered fabric. But, this season tradition was tampered with as Parnell-Mooney moved away from an all-black colour palette and translated designs in a blood red.