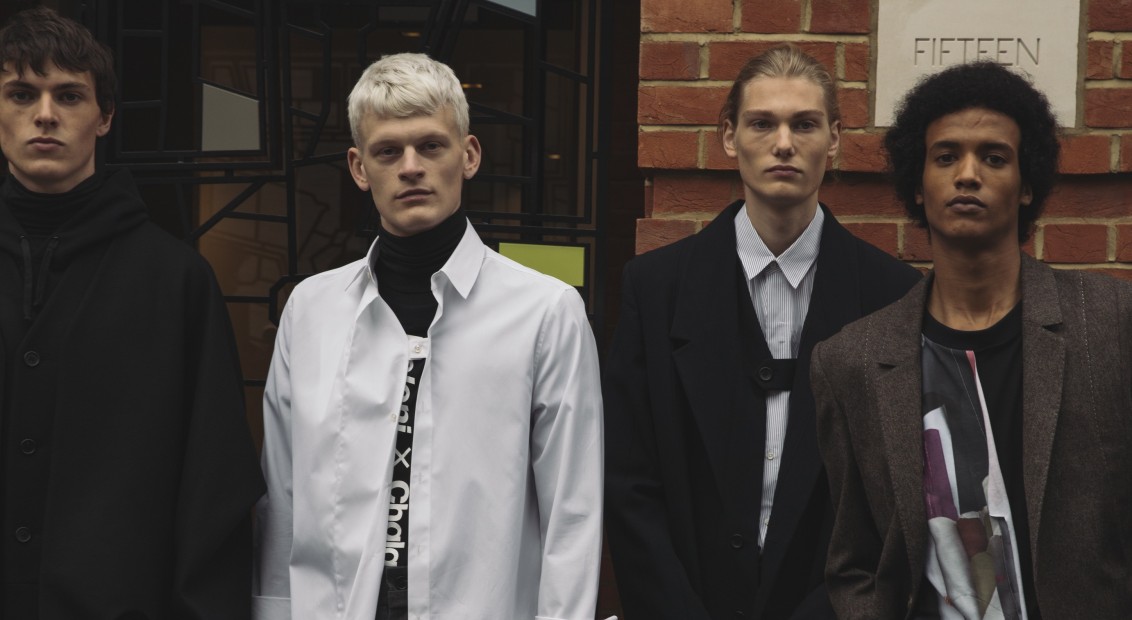 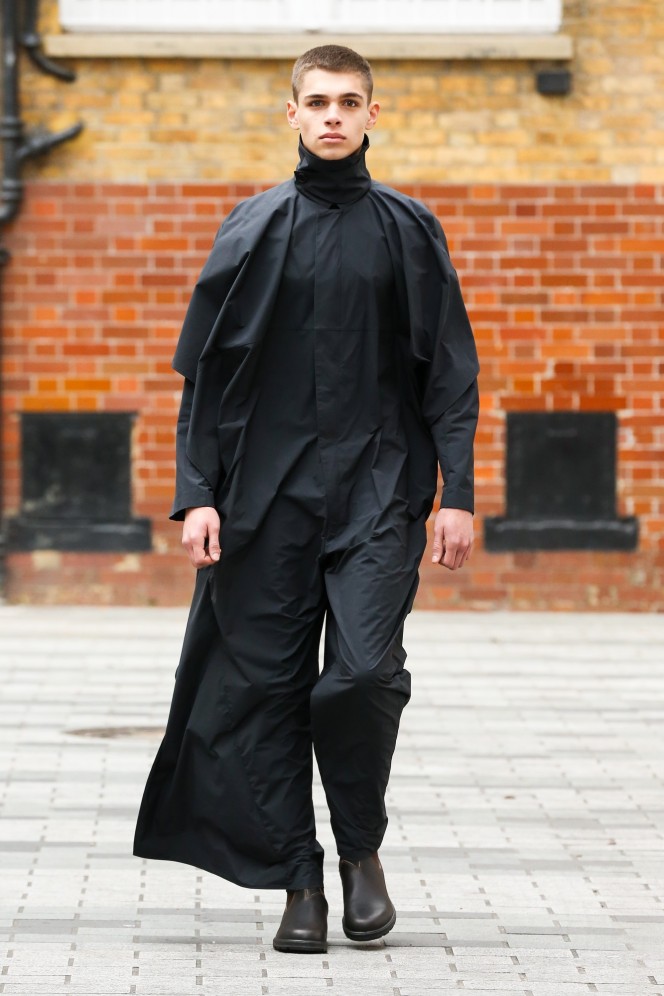 Throughout the course of his twenty-plus-year career, Hussein Chalayan has developed a number of design signatures. These were prevalent throughout his FW20 menswear collection, defined largely by clean, architectural lines, unorthodox draping techniques and a muted colour palette, which let the silhouettes steal the spotlight.

In terms of staging and presentation, Chalayan kept it simple. His Mayfair flagship was transformed into a temporary show-space for models to walk out, their entrance soundtracked by a voice repeating simple instructions: “head down… walk straight.” The designer later explained that these were generally the prompts running through his mind when he walks through the city, but they were interspersed with song – a nod to indigenous Australians, who mark their route (known as a ‘dreaming track’) by singing the land into existence.

This was an attempt by Chalayan to reframe his worldview and imagine his brand in an alien context, but ultimately these were utilitarian, hard-working clothes designed to be worn – which sounds obvious, but takes on new meaning in the context of Chalayan’s back catalogue. For FW00, he transformed a coffee table into a fully-functional skirt; the season prior to that featured the iconic ‘airplane dress’ of fibreglass and tulle, which transformed on the runway.

His designs are still undeniably forward-thinking – even the ingenious cutting of a shirt gave the effect of a collar draped over another shirt, which was tucked into matching trousers to create the distant illusion of a full jumpsuit. The tailoring was sharp, the trousers were voluminous and a series of ‘Boloni x Chalayan’ pieces referenced an upcoming furniture collaboration with the Chinese company, which Chalayan says shares his ethos and vision.

As for sustainability, Chalayan affirmed that his creation process is often zero-waste – that no scrap of fabric is wasted. This is a step in the right direction, and it is true that textile innovation and sustainability technology have a long way to go. Still, it’s hard not to imagine the magic that Chalayan could conjure if he committed himself fully to the cause. He’s heralded as a fashion visionary for good reason; with his eye for the avant-garde and unflinchingly conceptual approach, his creative mind could go a long way in stretching the limits of fashion that’s truly sustainable in every way. 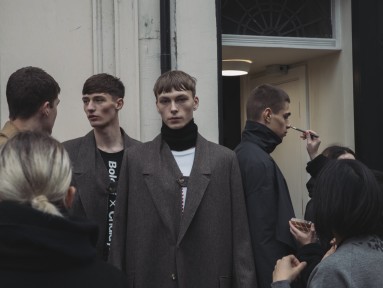