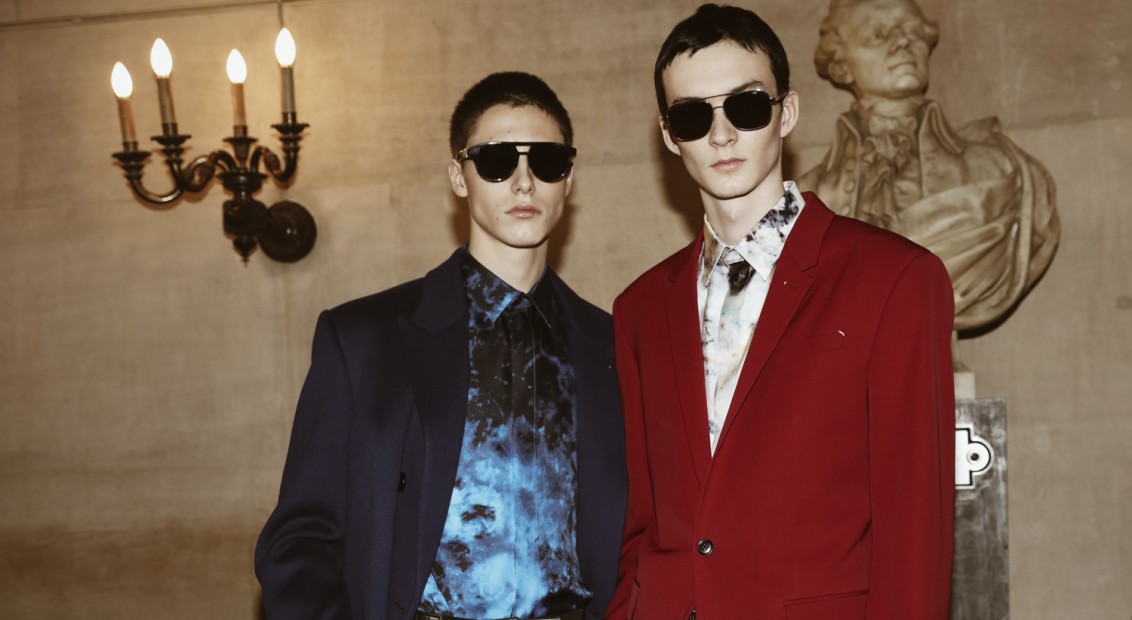 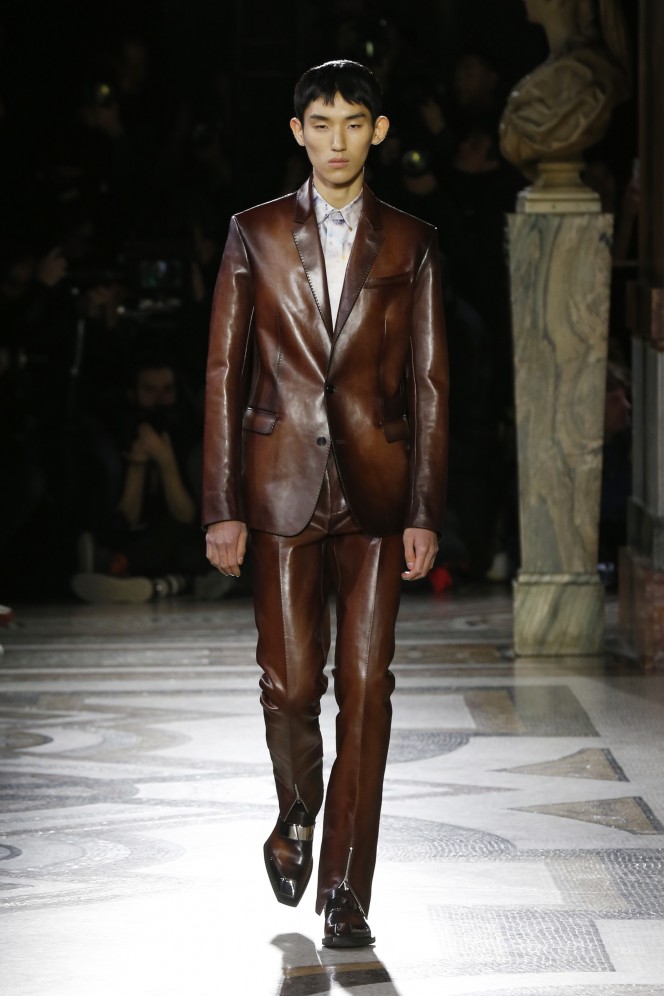 It’s been eight months since Kris van Assche was announced as creative director of Berluti, as part of the great LVMH menswear reshuffle that also saw Kim Jones arrive at Dior and Virgil Abloh at Louis Vuitton. While Jones and Abloh both showed their debut presentations in September, van Assche has had time to hone his vision for Berluti – the brand founded in 1895 by master shoemaker Alessandro Berluti.

At Dior, van Assche had possibly the greatest fashion archives on the planet to delve through, pluck from and reimagine. At Berluti the chapters are much slimmer, yet perhaps that makes for an even more intriguing prospect. “Confronted with the absence of historic ready-to-wear archives, artistic director Kris Van Assche approaches his first collection for the maison motivated by a sense of freedom,” read the press release.

Held inside the Opéra Garnier, archetypal menswear silhouettes were given the van Assche treatment: where his collections for Dior Homme always opened with a black tailored suit, cut in the proposed silhouette for that season, here the opening statement was a patina suit made from rich, hand-dyed, patinated leather – a canny nod to the brand’s footwear beginnings.

It was clear that the Belgian designer had done his utmost research, as the brand’s signature patina colouration was given new life via multi-hued stains that crept up silk shirting and swept across thick outerwear, inspired by the old dye-stained marble tables at Berluti’s manifattura in Ferrara.

Elsewhere, the Berluti design codes were translated to new silhouettes (broader and more sturdy than his slim Dior cuts), materials (those sharp leather jackets lined in luxe ponyskin – yes) and sportswear (motocross leather pants with the brand’s logo and founding date splattered across all angles). As for the footwear? Berluti’s iconic patina shoes – the Alessandro, after its founder, and the Andy, after Warhol – famously hand-crafted from one continuous piece of leather were given the van Assche treatment, reimagined with diamonds and angular metal toe-plates, while pairs of white sneakers were also rendered in Berluti’s traditional method to create the perfect blend of formal and casual.

Inside the gilded halls of the Opéra Garnier, where classicalism and contemporary arts unite, van Assche offered his own vivid interpretation. 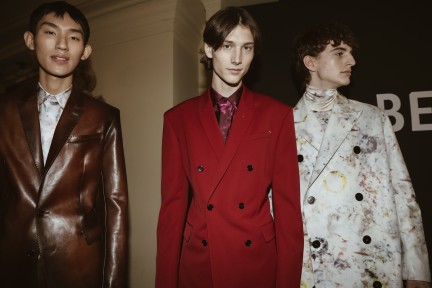