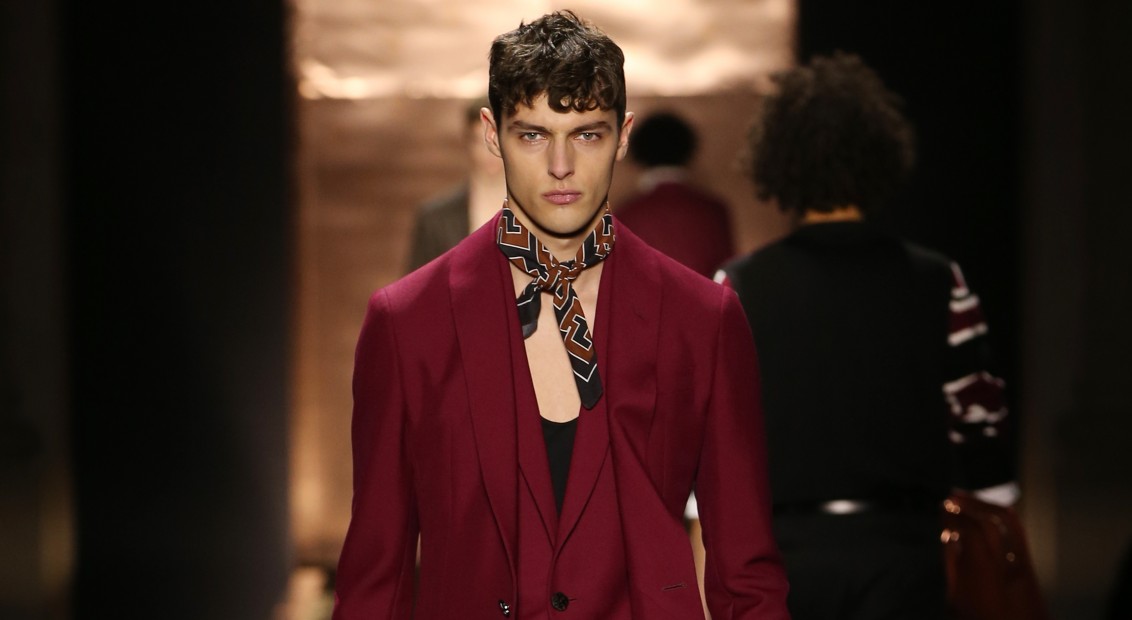 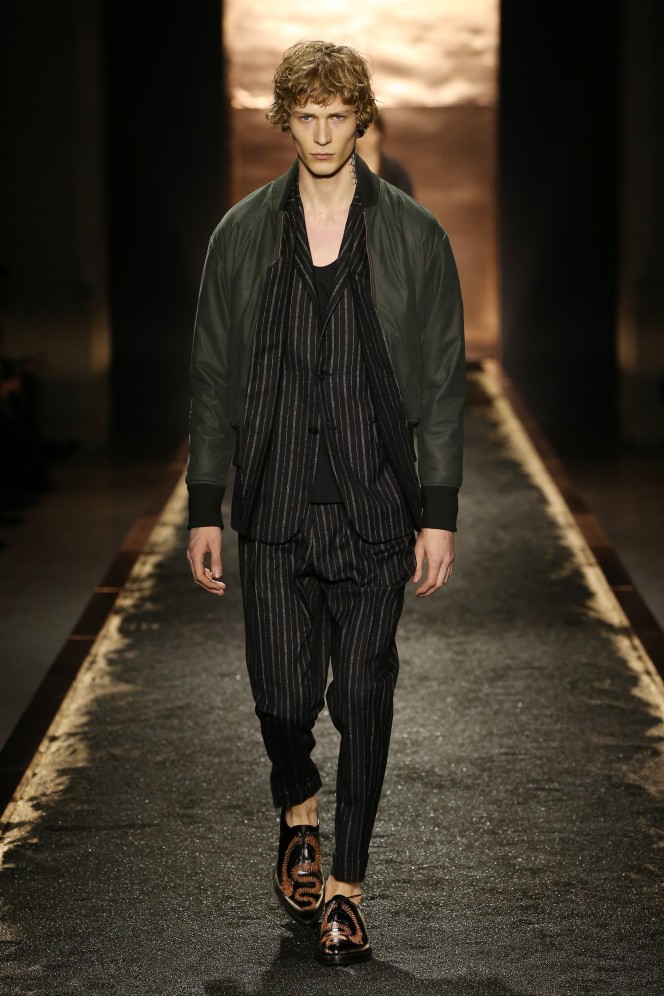 In a playful yet refined remodelling of the Berluti standards, Alessandro Sartori brought the regal and the rustic together at his FW16 exhibition in Paris. But the line was not rigidly drawn there for Sartori, as he employed the help of Scott Campbell, a Brooklyn-based tattooist, to sprinkle the collection in filigree and embroidered decoration.

Campbell’s work was utilised to superb effect, as snakes surfaced on Sartori’s smooth footwear, abstract patterning resembling a palace appeared in polar white on the back of a caramel leather jacket, and fine line-work adorned the leather holdalls with finesse. The entirety of the collection was bestowed with cadence, as the details slipped and slithered across the runway with a sense of dynamism.

The models sported lustrous, oversized outerwear; leather trench-coats in tan, boxy pea-coats in charcoal, and knee-length macs that featured flecked slate patterning. Trims were often utilised in fur, and the coats were left unbuttoned, revealing pinstripe-dependent tailoring in monochrome, with tapered trousers, fuller at the waist, and jackets with skinny lapels that toned down formality. Blazers, tops and waistcoats were cut low at the neck, reiterating the casual classiness of Sartori’s image.

The entire runway was smothered in glossiness, with high-sheen, half-sleeve tops in ruby with a rounded neck layered over a draping roll-neck in a mingling of gold and brown. The earthier palette was met by more daring dashes of colour, with royal shades of red and purple, and wilder notes of berry and burnt orange, making their presence felt in the formalwear.

The rustic tones did much to ground the otherwise exclusive looks, and Sartori found within this collection a well-balanced fusion of richness and reserve.