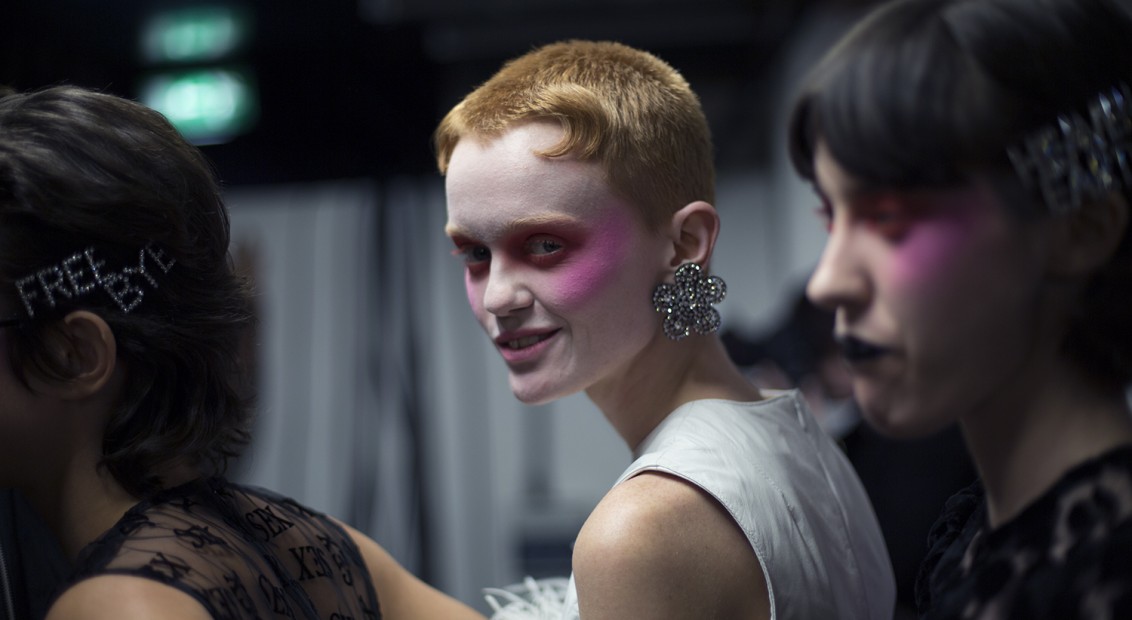 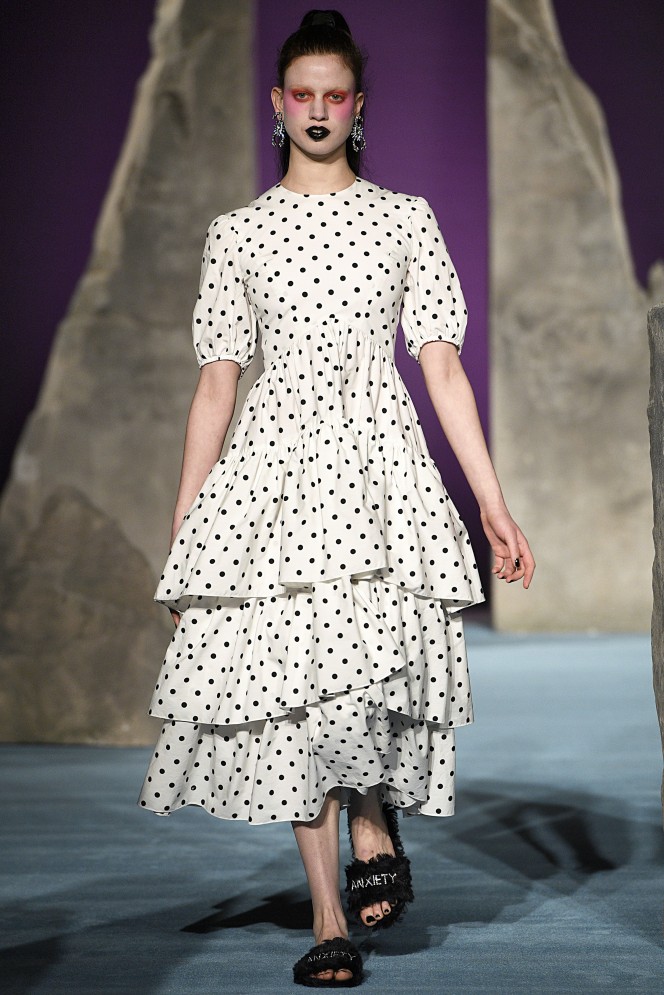 The Ashley William’s girl is again the bewitching, complicated soul we’ve seen in previous shows. Last season it was about new resolutions, here, the thread of thought continued with the rejection of modern technology and a return to our Pagan past.

Commenting on our cultural descent into technological dissipation, William’s turns to the work of Julien Cope – a cultural activist and musician with a noted interest in the occult. Citing Cope’s Black Sheep, the collection reflects on being an outsider within modern western culture. Citing “delectable druids” and “extraordinary Odinists”, William’s invites us into a transcendent, dystopian world of ancient love immersed within Mother Nature.

Taking us to the summer solstice via a raucous outdoor rave, tie-dye denim, bucket hats and 90s smiley faces worked in unison with her trademark graphic logos – this season’s stand-out motto? “Don’t Know Don’t Care”. A grown-up elegance came through in a new pant silhouette, yet still styled to contradict with a zesty tiger stripe fleece. As for those ‘Happy’ and ‘Anxiety’ furry slippers? Mix and match for the perfect symbol of this bipolar world. 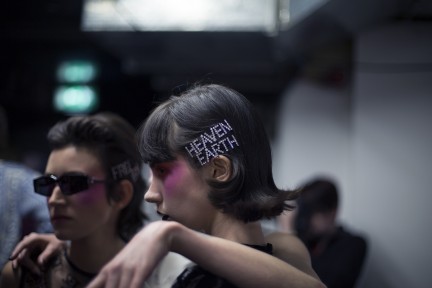