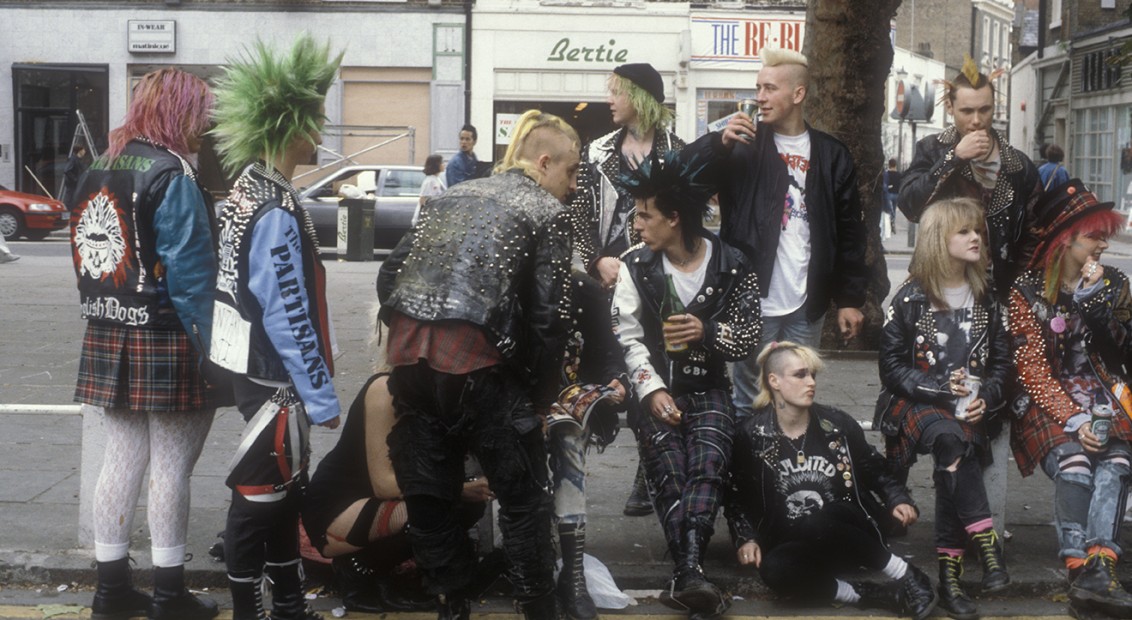 Dr. Martens have played an integral part in the history of youth fashion; from skinheads to punks and popstars, the brand has permeated subcultures and broke through to the mainstream.

Their 1460 eight-eyelet boot has transcended trends across generations and now, for the first time in the storied lifetime of the brand, they have updated their product. The newly released DM’s Lite range maintains their fundamental look, but feels much more like a sneaker – doing away with the usual (ouch) break-in period. Donning the new style in the FW16 campaign is James Messiah, the young and dexterous spoken word poet known for his grime and Shakespearean inspired rhymes.

Massiah is at the vanguard of this next generation of young creatives, and his alignment with DM’s reminds us of the symbiotic relationship between fashion, music and subculture. Heavily intertwined and constantly influencing each other, it’s a bond that has defined the cultural identity of generations. 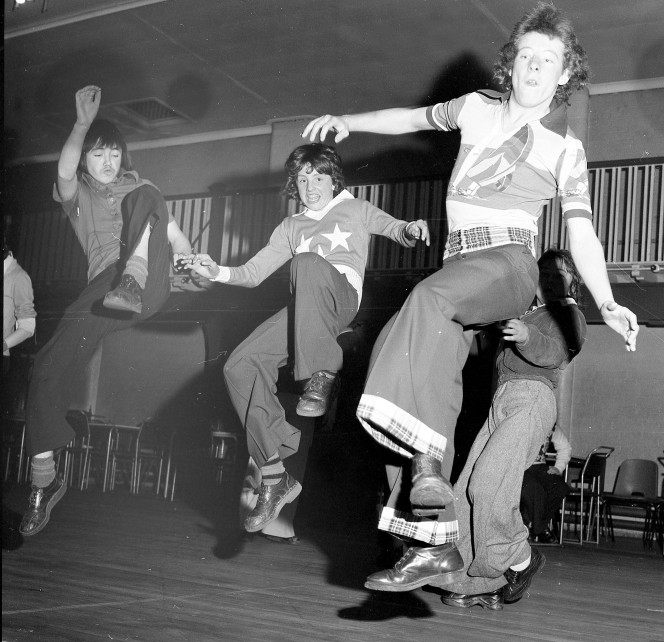 The modernist movement of the late 1950s and early 1960s was obsessed with clean-cut fashions such as polo shirts, Italian mohair suits and fishtail parkas. They hung out in cafes, rode Vespas tentacled with dozens of mirrors and listened to bands like the Small Faces, Kinks and The Who religiously. It was in 1966, when The Who’s lead guitarist, Pete Townshend, stepped out in a pair of Dr.Martens that they became the shoe of choice for the Mod generation.

The mid-1960s saw young “skins” dressed in MA-1 bombers, checkered shirts, braces, turned-up drainpipes and cherry red DMs. Influenced by ska music, the movement celebrated multiculturalism and was inspired by the Jamaican rudeboy. Sadly the look was adopted by rightwing racists, but later evolved when the Two-Tone ska revival took place with bands like The Specials promoting racial unity. 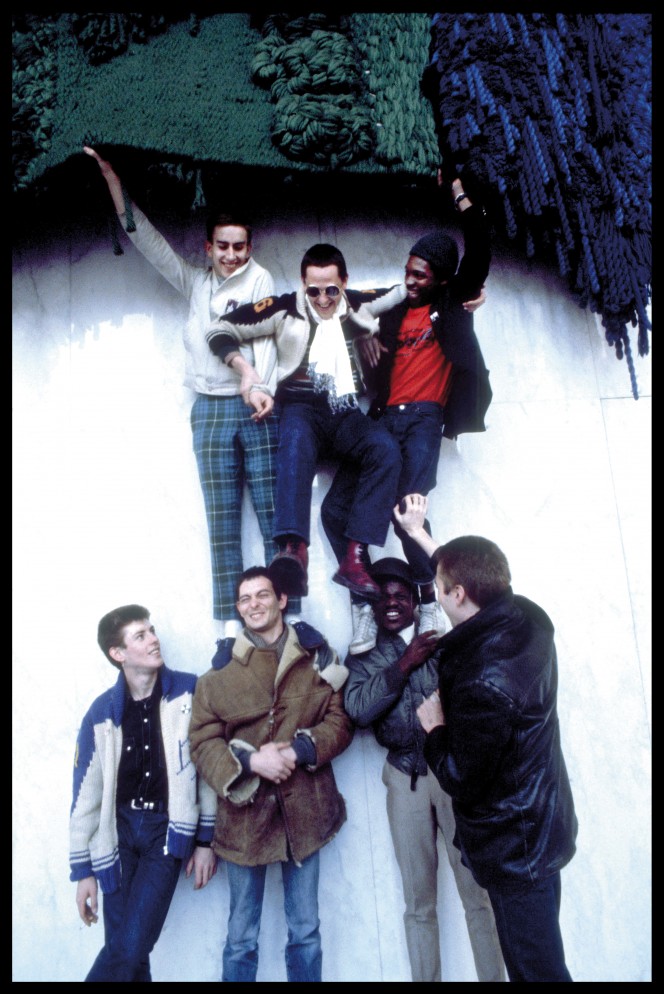 The Specials in New York City by Jill Furmanovsky

Punk & Goths: 1970–1980s
Spearheaded by Vivienne Westwood and Malcolm McLaren, punk style was radical, provocative and inspired a generation to cut up their clothes, wear bondage trousers and put safety pins through their ears. Punks opted for the high cut DM boot, often customised and tightly laced with brightly coloured thread. Out of punk came its dark alternative, goth. Goths revered in outsider culture, always wore black – with the odd cloak thrown in for good measure – and listened to bands like the Damned, Bauhaus and The Cure. 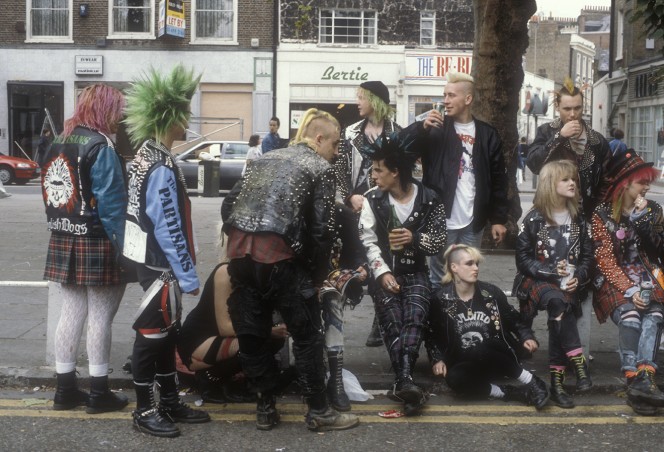 Punks hanging out on the Kings Road, London 1983

Grunge: 1990s
Fusing hardcore and metal, the grunge movement emerged out of Seattle during the mid-1980s. Synonymous with bands like Nirvana, Pearl Jam and Alice in Chains, the subculture found huge commercial success during the mid-1990s and entered the mainstream. Grunge style inspired designers like Marc Jacobs, who sent models down the runway in his seminal SS93 Perry Ellis collection dressed in flannel shirts and baggy nightdresses paired with classic DM boots.

Britpop: 1990s
Britpop was a melting pot of sixties music, punk and indie-pop. These influences not only came through in the music, but also in the attitude and style. Bands like Blur and Oasis championed polo-shirts and fishtail jackets with a nod to the mods, Justine Fisherman of Elastica carried grunge elements to her style, whereas Pulp took their cue from the sixties and Suede went for the androgynous goth look. Although varied in style, their choice of footwear – whether it was a pair of burgundy high-tops or black work shoes – Dr.Martens remained consistent throughout. 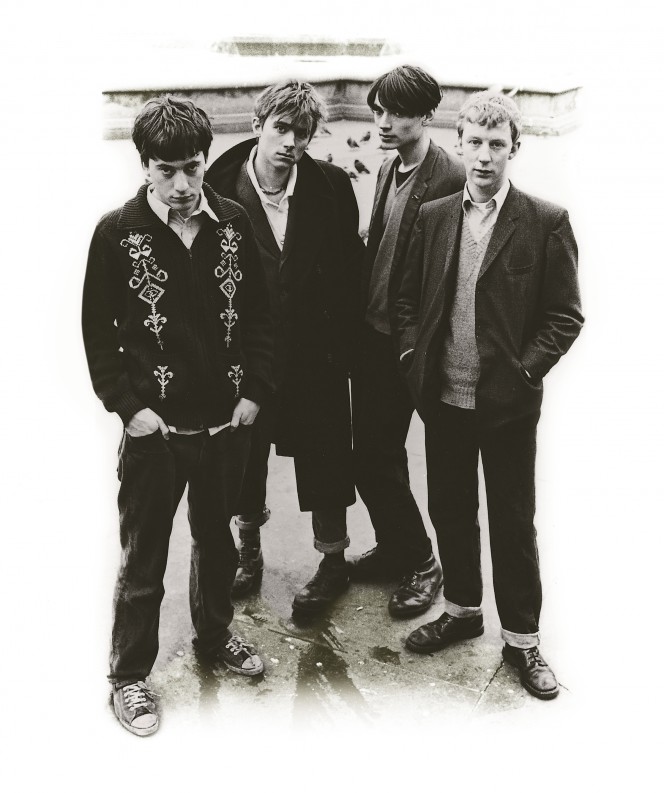 The Dr. Marten’s Lite collection is now available from the DM’s website.