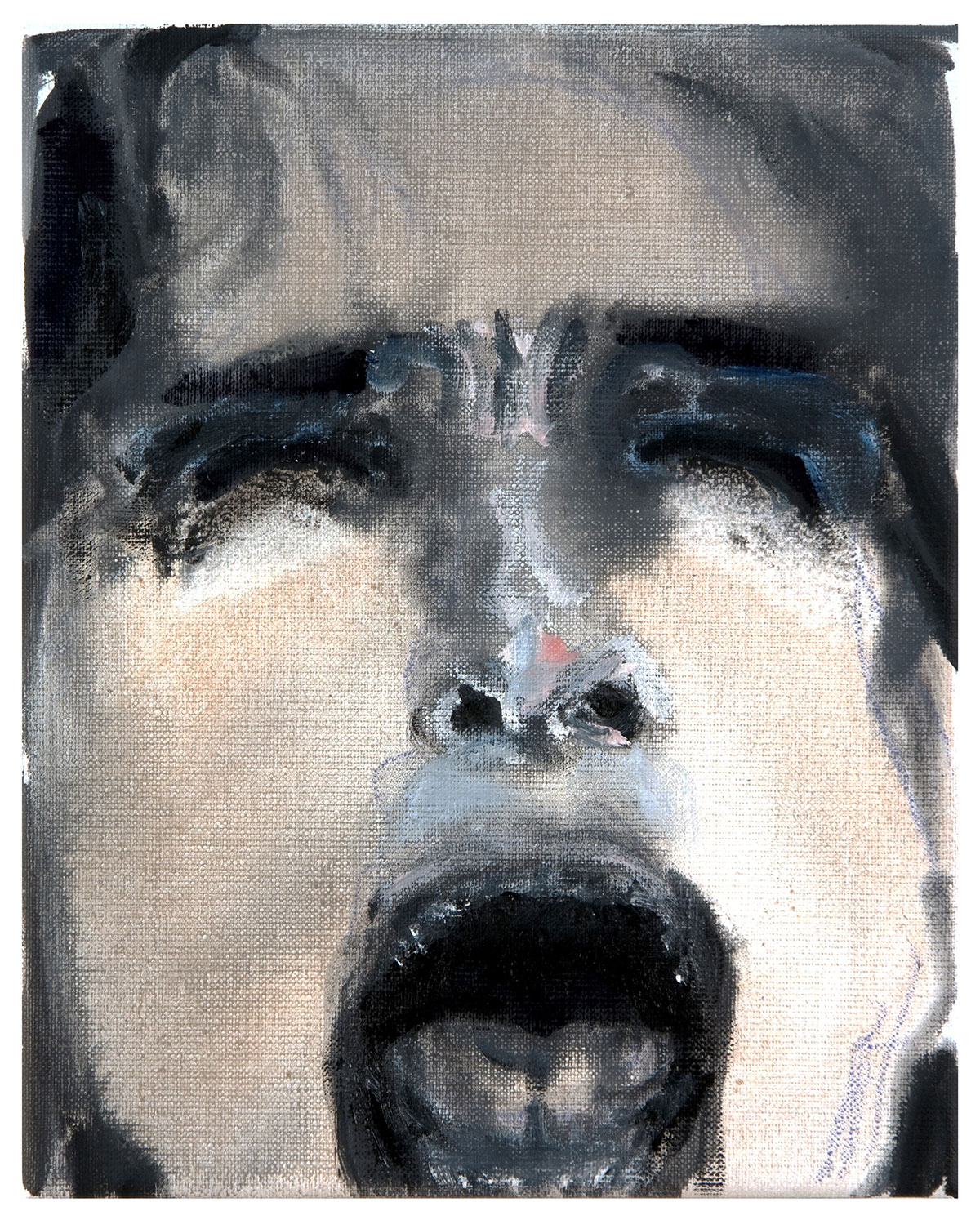 Sexuality, politics and death collide at the Tate in painter Marlene Dumas’ most prolific UK exhibition yet

Marlene Dumas: The Image as Burden at the Tate Modern is as relevant as it is evocative and compelling.

Her approach to portraiture – using secondary sources such as photographs and pictures as subjects – is unusual, but also extremely reflective of the digital-media saturated society that dictates our modern-day lives. Similarly, her approach to creating her subjects on canvas seems instinctual: using slashing, cutting and layering techniques to create narratives with impactful depth.

But, most noteworthy of Dumas’ work is its explorative and emotive quality, representing political and personal subjects that interpret the physical and psychological being of human existence. Brush strokes are large, uncontrolled and organic, yet each gesture seems planned and coordinated, ultimately conveying personalities – from Princess Diana to Naomi Campbell – and moving, political topics of oppression, violence and injustice. We spoke to curator Fiontan Moran about Dumas’ work and the process involved in curating an exhibition featuring the works of such a seismic artist. 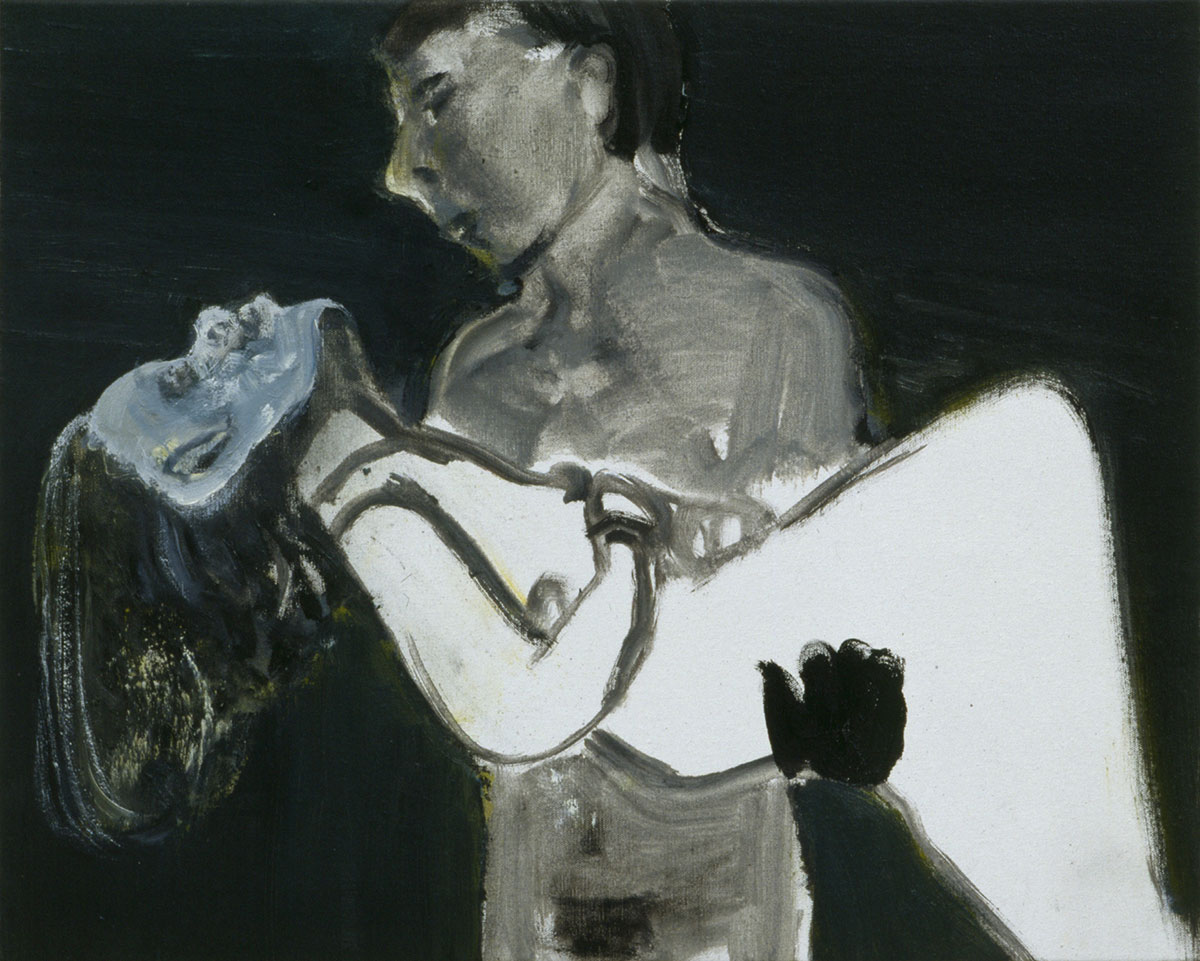 LF: What I noticed, looking through Dumas’ work [in the Tate Modern exhibition) is that her skills and the works she produces is quite varied.
FM: I agree. She doesn’t adhere to any clichés or trends; all of her works focuses on her interest in how the paint affects images. She uses a photograph from a newspaper or a Polaroid, but it’s not to represent it directly; she’s interested in using paints, particularly oil paints, to manipulate the image and produce unexpected effects.

LF: I know she paints from secondary sources, but the way she executes her painted representations makes you feel like you’re there – like she was there. What do you think about her approach to portraiture?
FM: It’s very much reflective in the world that we live in: we live in a society where we are bombarded with images everyday on Facebook, billboards, Instagram and Twitter – so her using second-hand images is very relevant. But, also, it connects to her growing up in South Africa where the image had a very special power. Television wasn’t introduced until 1976, which was the year she moved to Amsterdam; it was only then that she was able to see these things first-hand, and see the mass-media environment that Europe was developing at that time. Pictures of Nelson Mandela in South Africa were banned when he was going into prison; there were very limited places for her to see art first-hand. So there’s an interesting relationship between the reproduced images, the artwork and the images people use in everyday life. 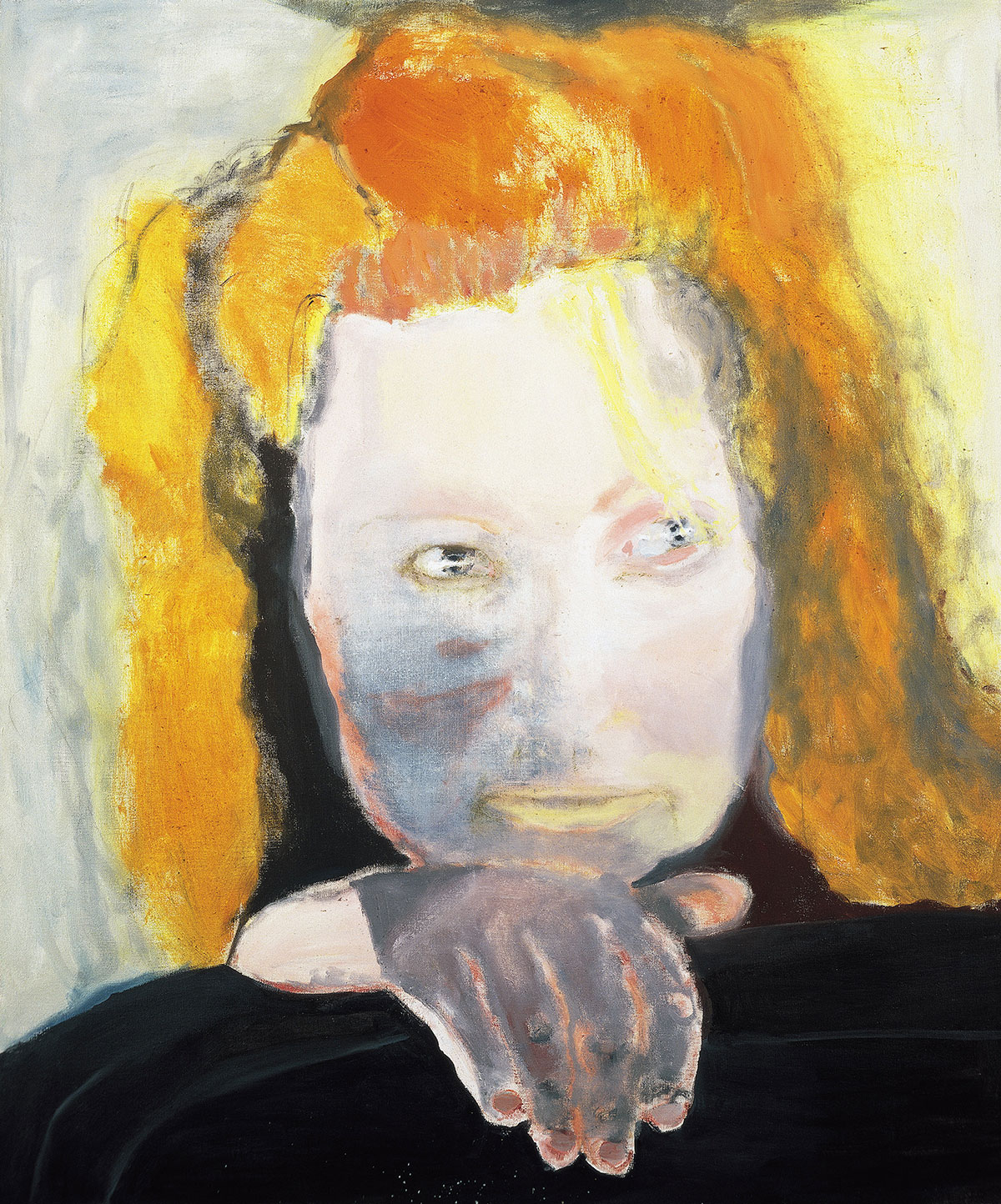 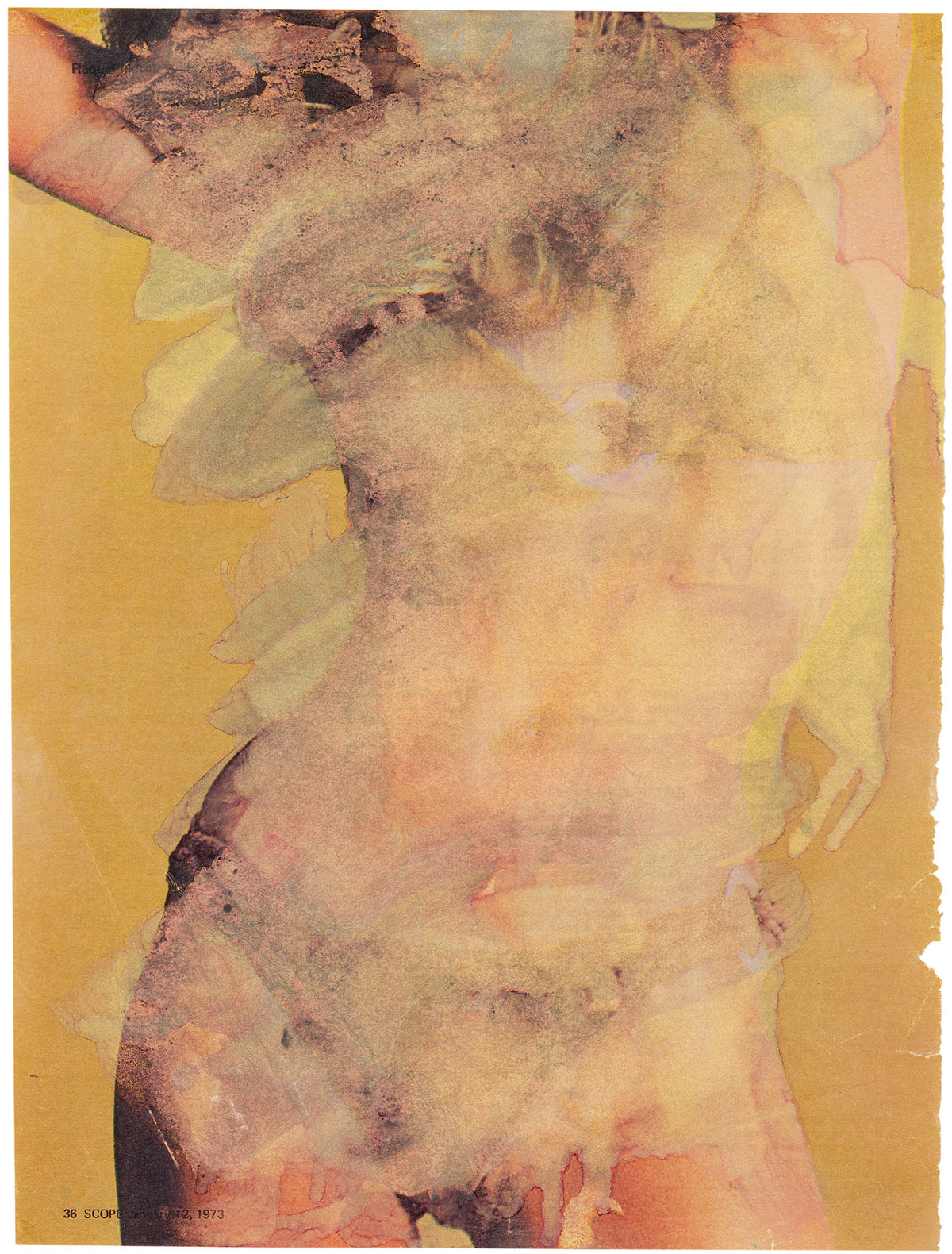 LF: How would you introduce Dumas to someone who’s never come across her work before?
FM: I’d describe her as a figurative painter. I think that’s something that people would be encouraged by, even if they weren’t interested in art. It makes you re-think the status of the image in contemporary society, and it’s one of the reasons why the title of the exhibition is The Image as Burden. To be an artist, especially one who is creating figurative works is actually quite a burden, as you really have to work to think about what an image means. Especially after things like abstraction and conceptual art has happened, to continue to paint and portray figures and political events forces the artist to question why that is important. I think, for members of the public, the opportunity to see a variety of interpretations subject matter ranging from sexuality, politics and to death is vital.

LF: I’ve read that she’s not concerned with anatomy and representing the correcting proportions of the face and body; she’s occupied with the emotion, entirely, and how she’s trying to convey it. What would you say about this, and her choice of subject?
FM: Well, that’s interesting you’ve said that because it hasn’t really occurred to me. You know, she’s painted Princess Diana and Amy Winehouse, among others, like Osama Bin Laden, and you could say that she’s trying to be sensational. But it’s an immediate response to what’s going on in the world. And, so I think, for her, she’s painted women who have created a strong impression in culture and in the world-at-large. Conveying them particular types of personality is very interesting, especially through Marlene’s gestures. 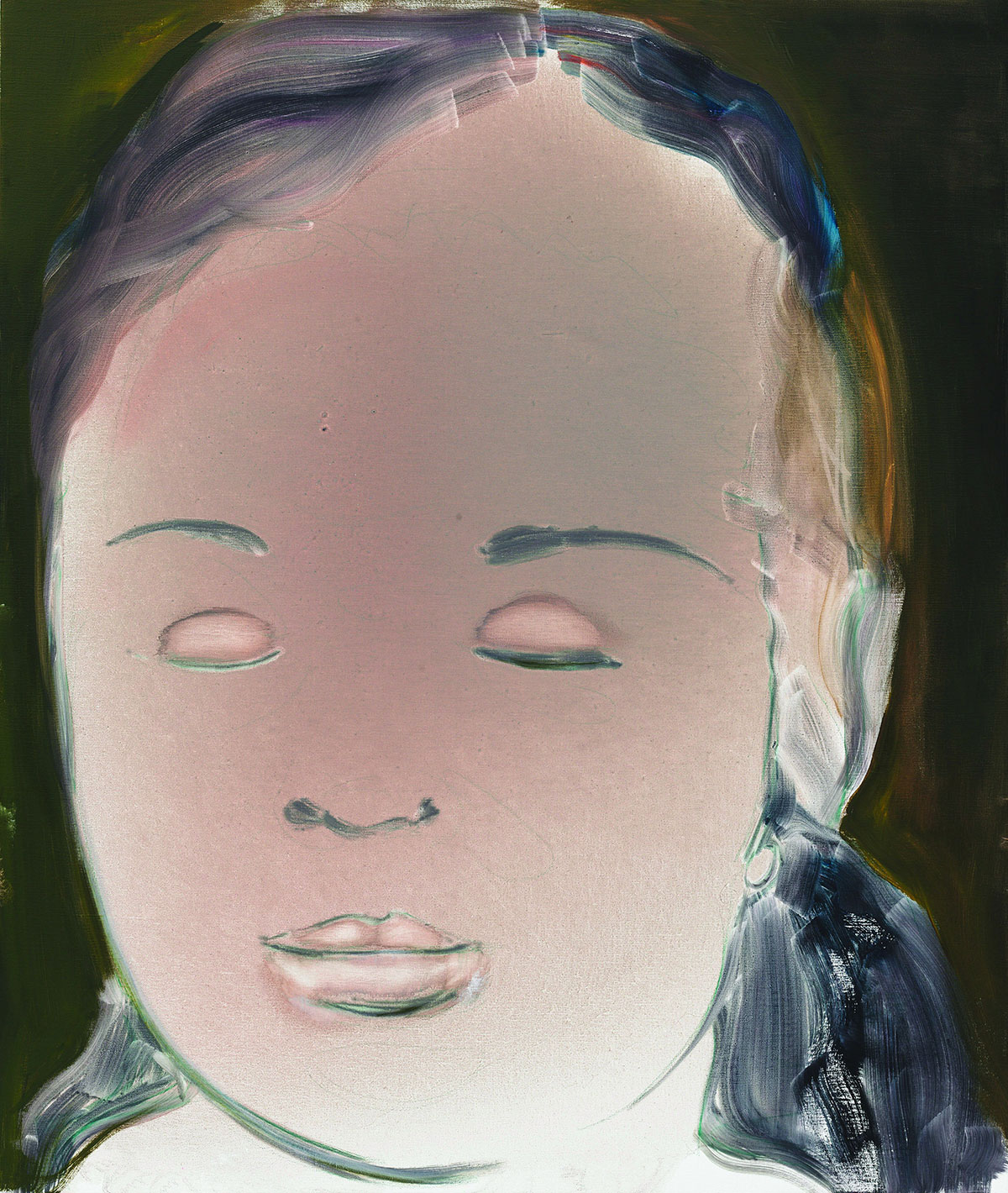 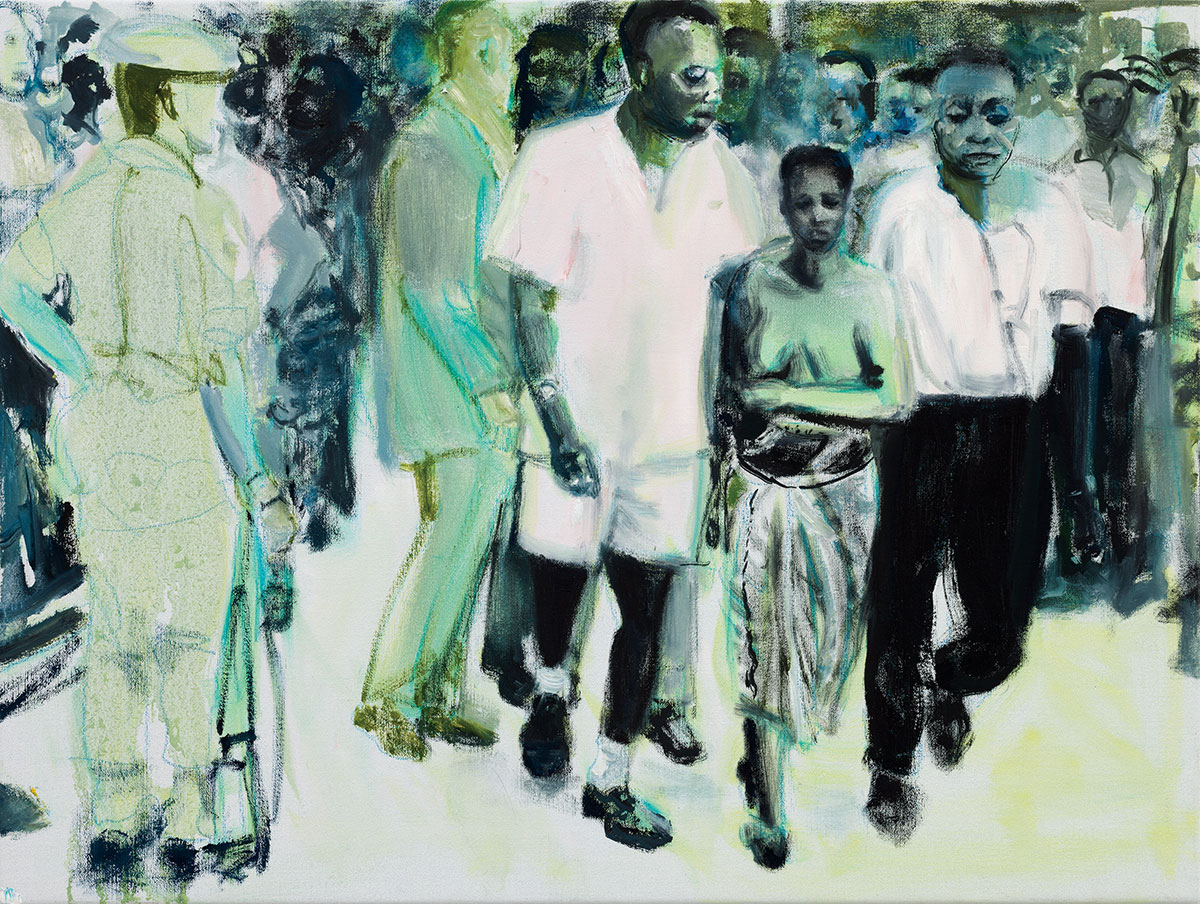 LF: What struck me about the painting of Princess Diana was that it was in proportion – opposing her previous statement about anatomy – and in great detail; it’s comparatively striking to her other works.
FM: I think it’s quite fascinating as it’s like a play on the history of portraiture. It looks a bit like a [Thomas] Gainsborough painting. The original photograph pictured Princess Diana in front of a theatrical, painted backdrop. So even the original photograph was a fabrication and an imitation of old-fashioned portraits. Then in relation to her other works, it shows her interest in the image and the history, and how those histories affect the interpretation of these people in the media. The painting that it’s paired with, that’s based on Naomi Campbell, is painted in a frontal manner with no sense of depth in the canvas. I guess, you could compare it to Juergen Teller’s photography and a lot of fashion photography. With just those two canvases she’s maybe making a statement about Britain, women in the media but also about conventions of portraiture and how those have changed over the time.

LF: It definitely reflects her skills and versatility as a painter. What’s your interpretation of her choice of subdued, colder tones?
FM: I think it’s a very natural process. I’ve never heard her speak about choosing a certain colour palette. Several of her paintings are exceptional colourful (like, Evil is Banal and Martha – Sigmund’s Wife)…

LF: …then most of the rest are black and white, blue, green…
FM: …I don’t want to speak for her, but I think a lot of the works she draws upon are from reportage photography, so then they may have been black and white originally. I think she really likes the subtleties of colour in the palette. Sometimes if you use a lot of colour I think it can remove focus away from the technique that she’s using. I think, with that limited palette, the brushstrokes and different washes that she uses become more apparent.

LF: Especially how she uses negative spaces of the canvas to convey the emotion and build the subject, particularly in the Blindfolded Man.
FM: Even in that painting, in regards to one of the washes that she has used, there is a tiny border of bright blue. Even though it’s quite subdued, there are still bursts of colour. People have said that even though Marlene doesn’t like to dwell on her painting technique, she’s a highly skilled painted that really understands her medium.

Marlene Dumas: The Image As Burden runs until 10th May at the Tate Modern, Bankside, London SE1 9TG