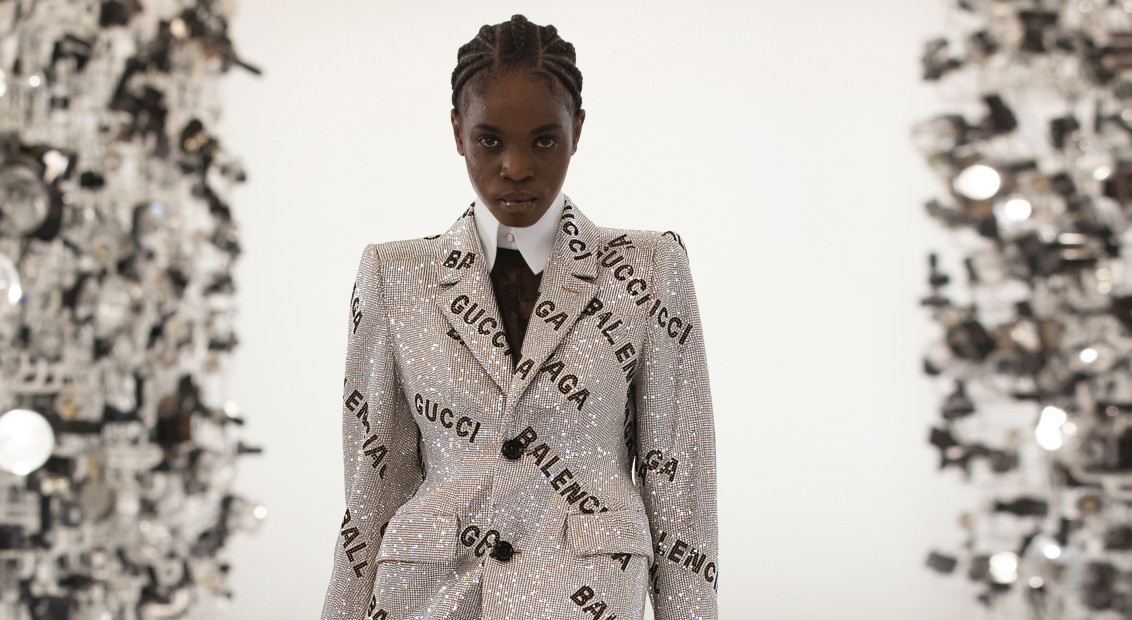 Gucci turn 100 with a collection that ‘hacks’ Balenciaga

Gucci are turning 100. In celebration of the milestone, the fabled Italian house are looking inward, with a new Fall collection that distills the very essence of their mythical aura. Presented via a fifteen-minute video, created by multi-disciplinary artist and videographer Floria Sigismondi in collaboration with Alessandro Michele, the new Aria collection is a celebration of extravagance and excess that couldn’t feel more apt.

Immediately clear was Gucci’s tribute to its equestrian roots. Since its earliest days the house has maintained a foot in this particular stirrup and throughout the 1930s maintained an aristocratic clientele of keen riders. The link has since seen Gucci release a number of dedicated equestrine collections and sponsor several international competitions. Here, the horsey connection arrived at a gallop, with polo helmet emblazoned with Savoy (a nod to Guccio Gucci’s time as a bellhop at the iconic London hotel), embellished riding boots and a striking collection of harness-like necklaces, crafted from actual saddle leather. In the climactic ending to the accompanying film, a scene of pure, unbridled Gucci utopia that is quite literally set in their own fantasy land, white horses make up an exotic menagerie of animals.

The collection’s key talking point however, arrived with the appearance of Balenciaga, just don’t call it a collaboration. This was, in the brand’s own words, a “hack” of their fellow Kering brand, one which allowed Michele to cherry-pick some of his favourite elements of Demna Gvasalia‘s vision over recent years and elevate them with Gucci-energy. The cross-pollination of ideas didn’t stop there, either. Michele also gave a courteous nod to the indelible contributions of Tom Ford, who spent ten years as the brand’s creative director before departing in 2004, leaving Gucci in a far stronger position to where he’d found it. Michele struck at the heart of what made Ford’s sexed-up vision of Gucci so desirable, re-creating the iconic red velvet suit worn by Gwyneth Paltrow at the MTV music awards in the late 90s.

Rounding off a collection laden with symbols and inconography, from the glitter-covered looks to the marabou trimming and anatomical heart minaudières that models clutched, was a prevailing sense of new beginnings. With all that Michele has achieved in delivering a truly global Gucci platform, one that encompasses rap and regal in equal measure, this felt like one grand celebration, a final look over the shoulder before moving onto the next chapter. Here’s to another 100 years. 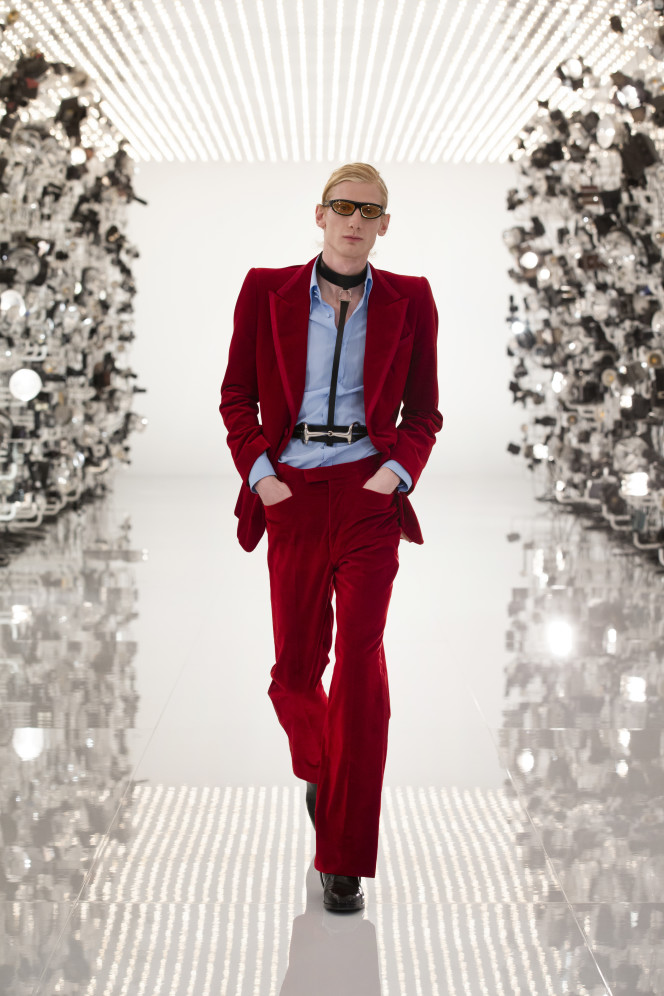