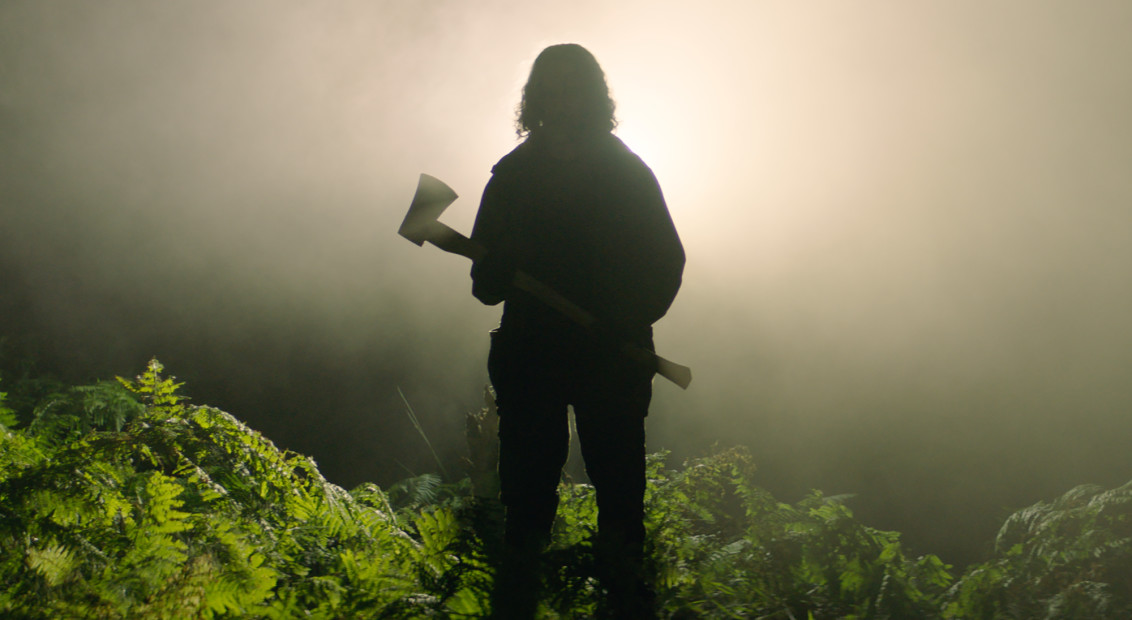 In September last year, while half the world were still smarting from the affects of full lockdown, British director Ben Wheatley popped up to announce that he had written, directed and filmed a new horror. Not only had In the Earth been shot in just over two weeks, Wheatley managed to squeeze the whole thing between two sizeable projects currently occupying his plate: an adaptation of Daphne du Maurier’s classic, Rebecca, and a franchise reboot of Tomb Raider. Now, with the release of the film’s trailer, comes our first glimpse of Wheatley’s Covid-inspired project.

The result of such a fast turnaround in production is a reflexive, ‘post-Covid’ film that gnaws at anxieties which have not yet dissipated. Starring Joel Fry, Ellora Torchia, Hayley Squires and Reece Shearsmith, the plot follows a research scientist (Fry) as he embarks on a new cure for a virus that has infected the globe. In his search he reaches an old forest with a dark and disturbing aura that he investigates with the help of a local park scout (Torchia). Clearly, no-one told them this was a horror film as one night the pair decide to enter its shadowy gloom on a ‘routine equipment run’ which, to absolutely no one’s surprise, goes awry.

Anyone familiar with the work of Wheatley will know the cult director doesn’t shrink from violence. In fact, where most people’s first instinct is to recoil, Wheatley leans in and doubles down, extracting every ounce of fear with an unflinching lens. Those who have followed his career will also know that it doesn’t always work, but when it does, whether operating on a budget of £1million or £100million, the result is emphatic.

In the Earth is scheduled for release in UK cinemas on 18 June 2021.