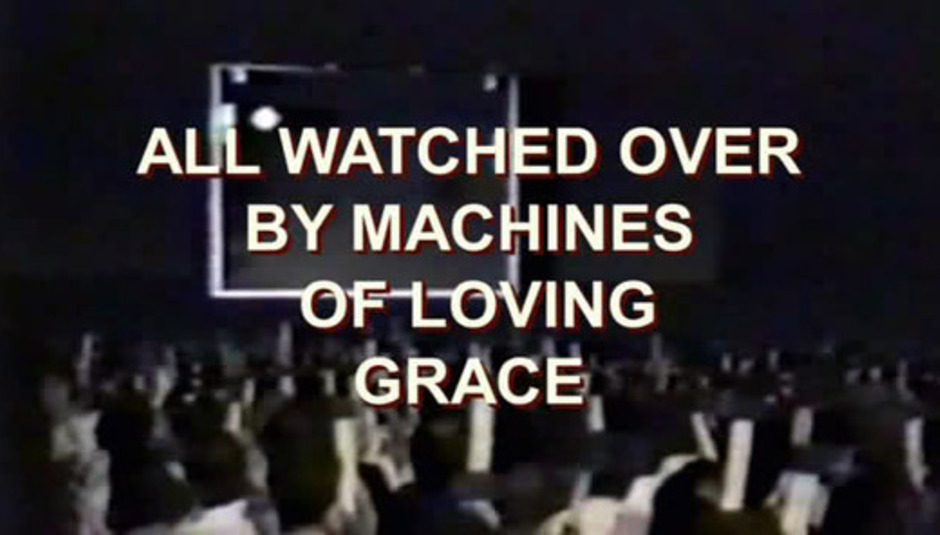 Adam Curtis is the narrator of an anxious age. He crafts films that reframe our times and the events that led us here. Collaging cuts from historical events and pop culture, Curtis assembles these seemingly disparate pieces in order to narrativise huge shifting global forces that cannot be captured directly. He makes what seems distant, personal; and what seems powerful, fragile.

The young Adam Curtis began his visual career after leaving a PhD at oxford to join a BBC training course. He was put to work on Esther Rantzen’s That’s Life where he cut his teeth with light-hearted content including a notable film about a talking dog. Similar hard-hitting work followed until, championed by Alan Yentob, Curtis made The Road to Terror (1989) for Inside Story. The seeds of Curtis’ later work can be seen here, as he poses the torture perpetrated by Ayatollah Khomeini’s forces alongside the story of the French Revolution. 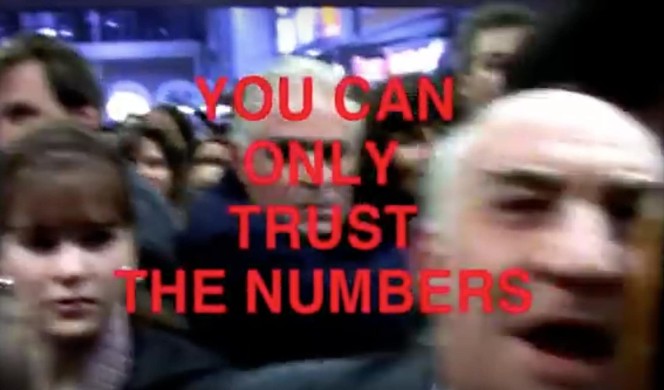 In the years that followed, Adam Curtis began to focus on the confusing, restless, weariness of modern life. He’s a journalist first, but his films are suffused with humour, pop visuals and emotional storytelling learned from his trash TV days. Of course this draws the audience in, but it is not just flare – it’s a legitimate attempt to make visual the systems of power that thrive on being concealed.

There is an earnestness in Curtis’ polemics; a sense of reaching for something. He fills his films with ambiguous characters, and describes movements of history as reactions to reactions. He reveals events and systems that seemed inevitable as the result of ideas intersecting with people, and people’s emotions. Central to many of his films is the strange cohabitation of opposing ideas. In The Power of Nightmares (2004) Curtis charts the rise of Neo-conservatism in the west and Radical Islam in the Middle East. Both arising, he claims, to fill a void left in societies without a meaningful vision for the future, and both existing symbiotically and feeding each other’s worldview.

Across his work, Adam Curtis also examines the runaway power of individualism and how that has weakened movements for social change. This strand is first introduced in The Century of Self (2004), where Curtis tells the story of the Freud family and how Edward Bernays (Sigmond Freud’s American nephew) took the ideas of the self from psychotherapy and founded the field of public relations as a new kind of propaganda. In later works, Curtis follows this idea up and makes the case that through this process of individualism the radical left retreated inwards – into culture, and away from where real power was being exercised.

Curtis continued his grand narrative in Bitter Lake (2015) and Hypernormalisation (2016). These two feature-length films both tell equally complicated stories of power, decline and the complexity of modern life while also displaying some of his most dizzying and idiosyncratic visuals.

Bitter Lake is centrally about Soviet and Western involvement in Afghanistan since decolonisation, and how this shaped the politics of the region. While you are absorbed in the chaos, and ludicrous interventions from the western powers, Curtis in fact tells you another story – of how those powers themselves have been changed. Britain, America and Russia come across as amnesiac states continually venturing into the region with the same goals and repeating the same mistakes. At the start of the story the ideology behind the actions are clear, but by the end they are hollow. We find ourselves facing states and politicians, without any understanding of the complexities they are dealing with, championing zombie ideologies that even they don’t believe in.

Curtis takes this even further in Hypernormalisation where he casts us all as complicit in choosing simplicity over complexity. He explores how the counterculture voices in society retreated into ‘make believe’ worlds and effectively neutered themselves out of opposition. He describes a disillusioned world where nobody can envision any alternatives to the status quo, even while chaotic events keep rocking its foundations.

It may sound pessimistic, but there is something hopeful about Adam Curtis’ honesty. It is clear that he himself does not have the answers, and never claims to. It is also clear that he believes that change is possible, so long as we are able to see the world we live in for what it really is. 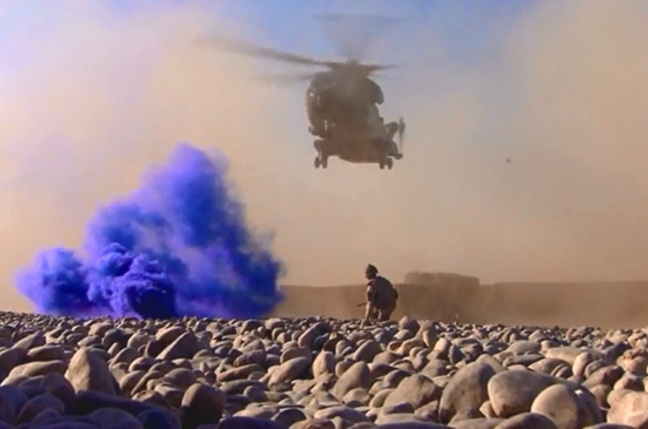 Bitter Lake by Adam Curtis, 2015
‘The ultimate hidden truth of the world is that it is something that we make and could just as easily make differently’

This above quote from the late David Greaber opens Curtis’ latest work Can’t Get You Out of My Head (2021) and the sentiment of it runs through the epic eight-hour series. Here Curtis is at his most evocatively emotional, telling the tale of societies shifting from collectivism to individualism. We jump from Jiang Qing (wife of Chairman Mao) and the cultural revolution, to Afeni Shakur and the Black Panthers, to the failings of Live Aid. The stories build together in emotional motifs as we witness why revolutions fail by watching revolutionaries falter. He draws together most of the concepts he has been toying with for years into a flickering operatic panopticon. There are stories in the series that pop up for a moment and then fall away, never to be revisited except in churning montage, but they serve to build the emotional turmoil of the plural protagonist at the heart of the story – the individual.

Adam Curtis is a unique and contradictory voice; a figure on the margins that laments a lost collectivism, a creator of mesmerising videos employing techniques from a radical art world he maligns, a cynic of cynical detachment. It is these qualities that allow him to cut through the usual purity of radical filmmaking and make him the perfect vector for a timely message – that while we tell ourselves we are individuals in charge of our own destiny, we are all players in a greater narrative.

What to watch by Adam Curtis: