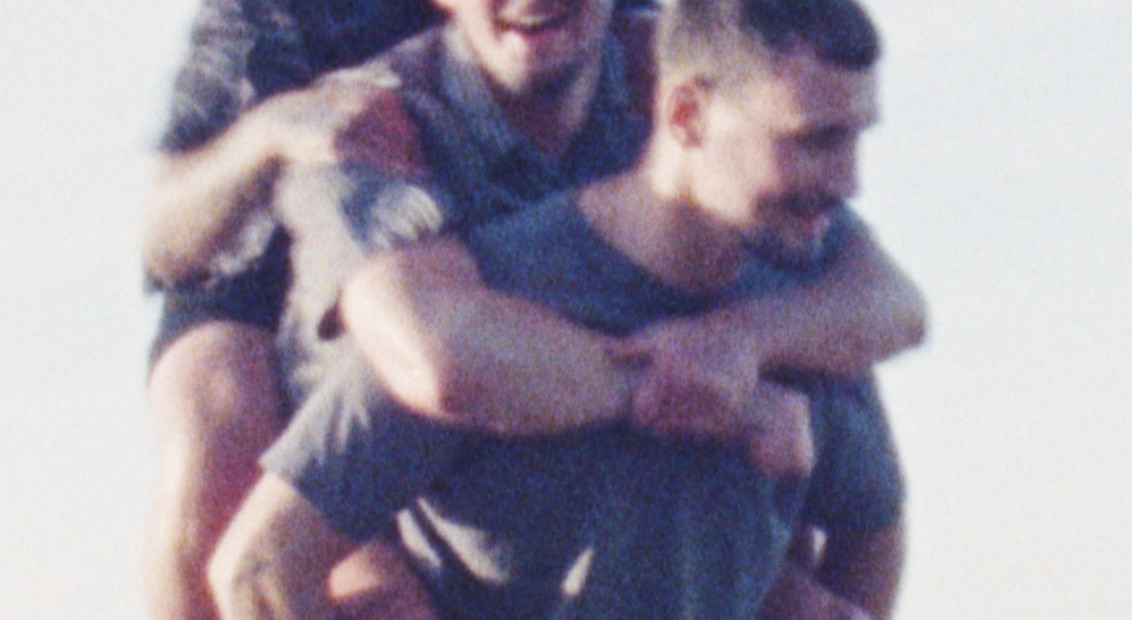 Following the loss of his father in 2016, photographer and filmmaker Harry Clark decided to channel his grief through his work in order to heal. The resulting work – titled You’ll Miss Me When I’m Gone and premiered here – sees him unite with his three brothers under shared grief. Shot during the first UK lockdown, the four brothers returned to their family home in Suffolk – the first time they’d lived together since childhood. There they reconnected with the local countryside their father cherished, going on long bike rides with no real destination, swimming in the sea and sitting around fires under the night sky.

Filmed on Super 8, the footage evokes a sense of nostalgia that recalls home videos. Spontaneously shot, there’s a childlike instinct at play as Clark captures his brothers racing on bikes and playing in the water. “I wanted this film to be a testament to my father’s character and the values he possessed; admirable qualities he unknowingly passed onto myself and my brothers,” Clark tells us, “I wanted it to portray time passed, but also to confront the present.”

Alex James Taylor: Why did you turn to film after your father’s passing?
Harry Clark: I have always been drawn to the power of film. For me, its communicative value lies in its unbounded capacity to express feelings and emotions. The possibility to completely overwhelm your senses, to explore images and narrative, and to unsettle the rigidity of time are unendingly appealing.

I lost my father in 2016. In the years that past, I have wanted to pay homage to him through art but felt hesitant at the prospect. No project, I worried, would fully encapsulate the loss of my dad, but I still had a sense that it could aid in the healing process and allow me to share a small part of who he was.

I wanted this film to be a testament to my father’s character and the values he possessed; admirable qualities he unknowingly passed onto myself and my brothers. I wanted it to portray time passed, but also to confront the present.

AJT: How did making it with your brothers help you through such a time?
HC: No grieving process is ever the same, but solidarity can manifest in a shared experience. This is what I have with my three brothers. There is no guilt in living. We are comfortable in making new memories and experiencing happiness again. But this journey will stay with us always, and in the aftermath of loss, I feel grateful to have received this lesson with them.

We maintain an implicit connection, even as we experience loss individually. We keep each other balanced in times of turmoil. I have developed a new appreciation for the time we spend together and reflect on how different it would be had they not been there. I hope that my film reflects this and shows in some small part, that there can be light after loss.

AJT: How did your brothers react to you wanting to make a film?
HC: In principle, they are supportive. In practice, at times, less so! The logistics of motivating three individuals to behave and engage with a process as unfamiliar as filmmaking in the middle of a pandemic was not without its challenges.

Looking back, I’m not sure I initially knew the voice of the film and what it’s outcome would be. This at times clouded its purpose, and often made it difficult to communicate what I wanted from them. However, the compulsion to document this unique time in our lives fostered enough motivation to continue, and it eventually became understood.

“No project, I worried, would fully encapsulate the loss of my dad, but I still had a sense that it could aid in the healing process and allow me to share a small part of who he was.” 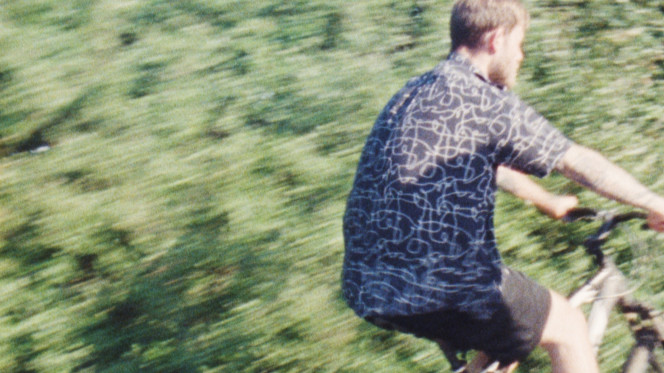 AJT: Where did you and your brothers go, what did you get up to?
HC: The film was shot during the first lockdown in the UK. We all returned to our family home in Suffolk; the first time we’d shared a space together since we were kids. It was a tight squeeze, and as expected, got intense at times.

We would escape individually and in different combinations to rediscover the surrounding countryside. It would be a rare occurrence that the four of us were out together, so I would make sure I had my camera – whatever the activity was.

Our dad taught us to love the outdoors; the sea was never too cold to swim in, and the walks and bike rides were unrestrained by time.

I believe we unconsciously relived these treasured childhood memories, but instead as four adult men. A lot of the additional shots were taken in the quieter moments, when life became slow and simple again and we conversed around open fires in the back garden.

AJT: The film is reminiscent of home videos, was that your intention?
HC: Definitely. For me the film is like glancing back into our childhoods. I wanted it to feel familiar and relatable, so I shot on Super 8 to evoke that sense of nostalgia. The shots were as spontaneous as they look, and nothing was overthought or overly planned to achieve a more natural aesthetic.

The camera shake wasn’t intentional either, but I feel it further adds to that home video look. It was also unavoidable…  In one frame, I am literately following my three brothers down a hill on a rickety old bike with one hand on the handlebars and the other clinging onto the camera. One eye on the road, the other through the lens. 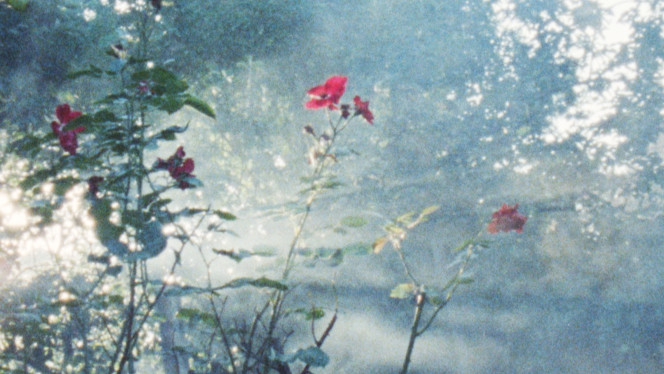 AJT: The soundtrack is an original score by SHHE, how did that come about? And how does the music work with the film?
HC: SHHE (Su) and I first met in Scotland when we moved into a house share together at the same time. Su was writing, producing and recording her debut album in that house and I remember feeling instantly connected to her sound.

It was incredibly inspiring to be surrounded by so much talent. It was Su’s music that first gave me a platform to start creating with film, and together we have created visuals for music videos as well as live performance.

A friendship that has blossomed into a beautiful collaborative relationship, I will be forever grateful for whoever put us in the same place at the right time. We work together with such ease and trust so I knew she would be the perfect fit for this very personal project.

With very little guidance from me, I think Su’s score sits in harmony with the visual. Su’s music is cinematic to me and carries a lot of movement. It evokes deep subdued emotions, as well as opening a space to explore and visualise new directions.

The voicemail [a voicemail from Harry’s dad plays during the film] was an integral part of the score for me. It is one of the only recordings I still have of my dad’s voice, and was vital in expressing, in its rawest form, the quality of his character. The smallest ephemeral moments, the encouragement, the subtle acknowledgement that you were on his mind, were perfectly encapsulated by this unassuming act of communication. Reframed in this way, I hoped it could remind us all of the immense importance, and beauty, of letting someone know you are on their mind.

I asked Su if she wanted to say a little about her creative process and this was her response: “It’s a film about love and brotherhood. A reflection on time; time spent, time lost, how precious time is for all of us. An appreciation for life in the face of loss. Fragments of time and memory.

The film is a powerful reminder to keep living, for ourselves but also for the people that we have lost, in the physical world at least. I wanted to explore the idea of presence through absence. There’s something really beautiful in the impermanence of life, I think Harry’s work always captures and reflects this.

He has this innate ability to see the beauty in spontaneous moments. I wanted the score to honour that and so I decided to approach composing the sound in a similar way; through improvisation.”

AJT: How do you think your father would react to the film?
HC: He would’ve loved it; he was proud of everything we all did – ‘we had met his expectations the day we were born.’