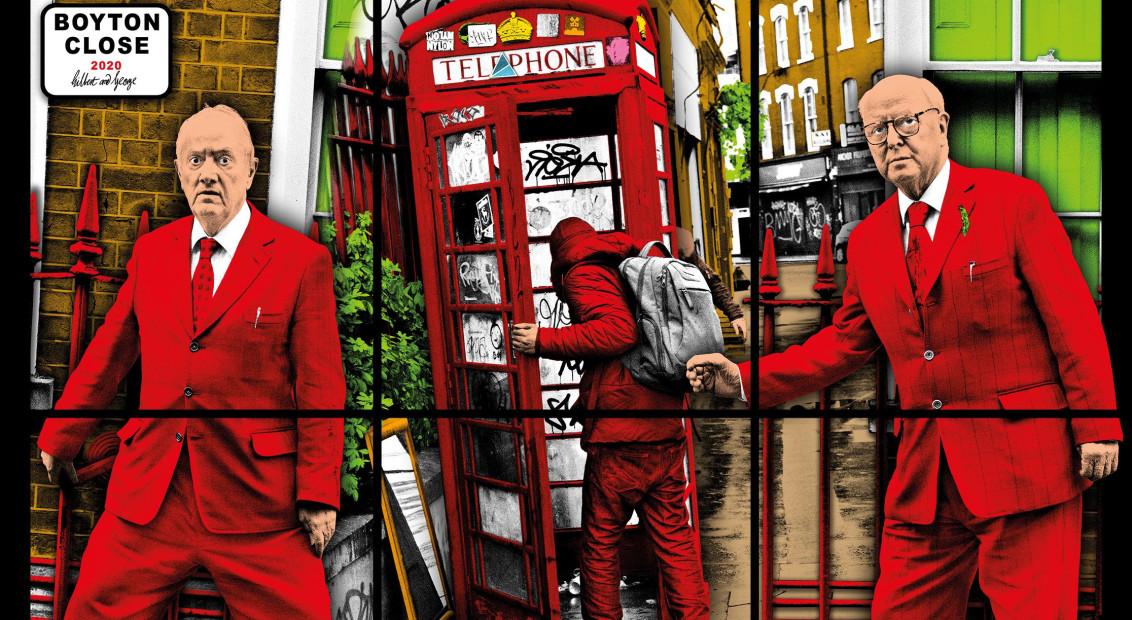 Gilbert & George present their surreal vision of the new normal

For a new exhibition hosted online at White Cube (until its physical unveiling at Masons Yard next month), Gilbert & George present a series of 26 works developed over the last two years. New Normal Pictures may have began before any mention of a pandemic, but it’s the last twelve months that provide the series’ clear conceptual focus. 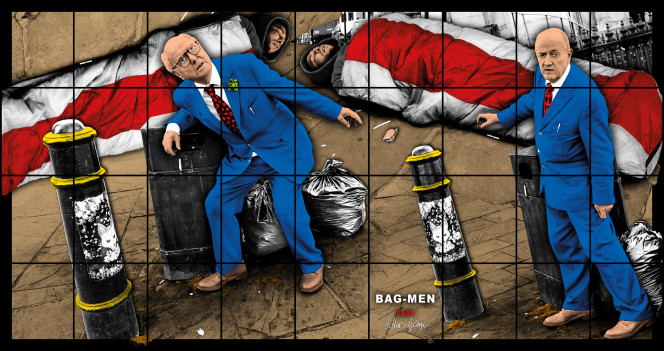 Flush with vibrant colour, mostly emanating from the artists’ signature tailoring, the works offer a surreal, street-level snapshot of a city in flux. London’s East End has always been at the heart of Gilbert & George’s imagination, and like many of their previous works, New Normal Pictures rise directly from the street, suffusing its mundane vernacular with intense moods and emotions.

In spite of the precise locality of the works: the street signs, red telephone boxes and London bus-stops, the artists’ insist on a more universal interpretation. In their own words, “[The works] deal with all of the subjects that lie inside of one, wherever they are on this planet. Death, hope, life, fear, sex, money, race, religion, shitty, naked, human, world. They’re grave, super-modern and disturbing. They deal with the past, the present and the future.” 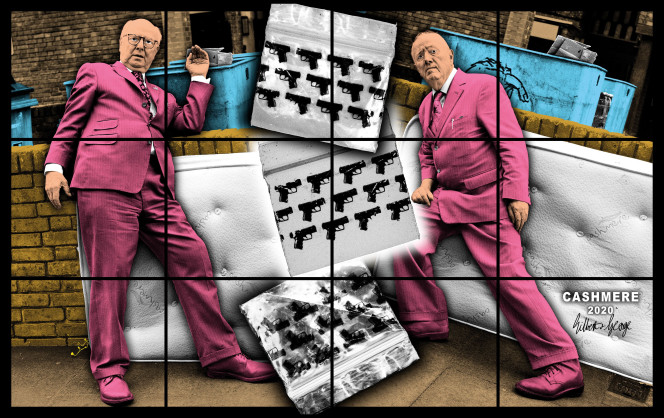 Like any exhibition of Gilbert & George, the disturbing quality of their composition immediately draws the eye. The pavement detritus that featured in previous series (think: laughing gas canisters in their 2014 exhibition Scapegoating) return here like mysterious artifacts, collected by the artists within walking distance of their Brick Lane home. Balloons, baggies emblazoned with Bob Marley, litter, champagne muselets and corks all accompany the artists as they pose languidly, at times appearing overwhelmed by their surroundings as though taking it all in for the first time.

Indeed, the city presented in these works feels abandoned, recogniseable only in small, fleeting details. For the iconic duo, who are both approaching their eighties, there is undoubtedly something alien about the city they have called home for so long. From the balloons that are in fact drug memorabilia (used to inhale nitrous oxide) to the farcically PC street notices promising ‘considerate construction’ (in an area transformed by gentrification), it’s little wonder they’re struggling to take it all in.

On a more general level, the exhibition forces us to consider something which affects us all. Do these works present a record of twelve months we’ll never forget, a unique view of the city at a time like no other? Perhaps, as the title suggests, they allude to something more permanent, a fundamental shift to our daily sense of reality that has only just begun.

Gilbert & George: New Normal Pictures is now viewable online here until 1 May 2021. Subject to UK government guidelines, the exhibition will be on view at White Cube Mason’s Yard from 13 April – 1 May 2021. Tickets can be purchased in advance here.