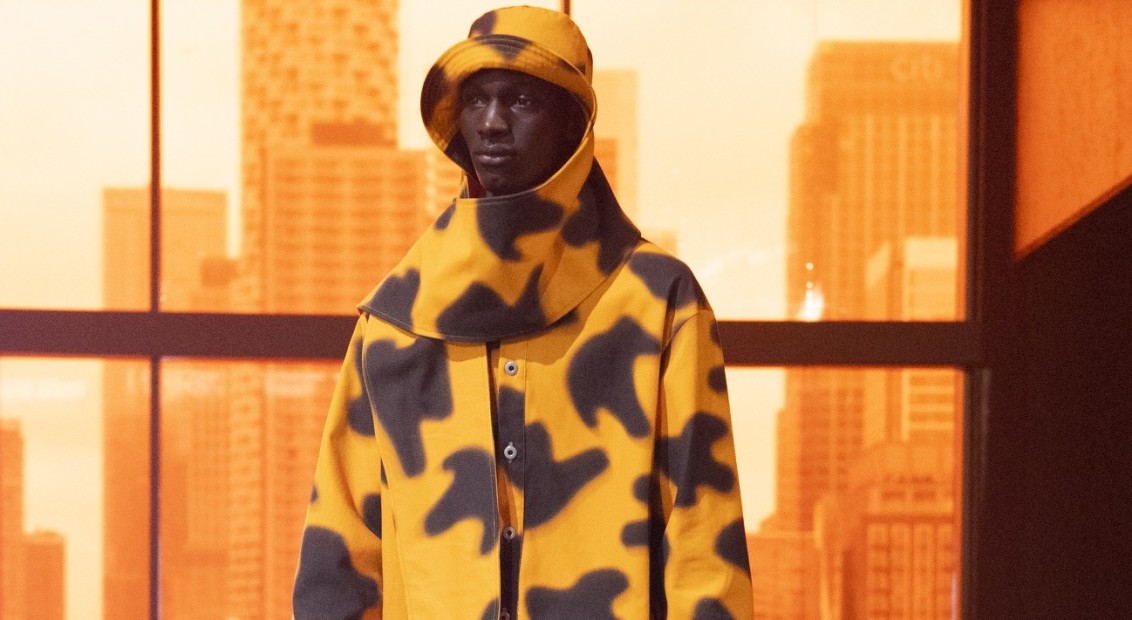 “This season is about a community of revolutionaries, standing for the belief that art can be a conduit for change,” reads the Qasimi FW21 text, outlining the powerful mantra that underscored the London-based brand’s latest offering, and the second collection under the guidance of Hoor al-Qasimi, sister of the late founder Khalid.

Within this headspace, Hoor took reference from two seemingly disparate artistic groups with a shared commitment to collaboration, community and open innovation: legendary English artists circle, the Bloomsbury Group, and the 90s grunge scene. Allowing these two inspirations to collide and merge, fabrics were borrowed from the eclectic meeting rooms where the Bloomsbury Group used to gather to discuss aesthetic and philosophical questions, as oversized mohair knits, houndstooth shirting sliced at the shoulders and tough military boots spoke of grunge’s subcultural oomph. Clothing wrapped the body as lightweight protection and warmth against tough times, while Qasimi’s signature minimalist approach encouraged subtle exploration and a sense of ease.

Underlined by further references to Yemen culture and Islamic craft, the brand’s core principles of standing up for civil rights with hope and optimism appeared clearer than ever: the words of key civil rights movement figures were printed onto detachable panels, including “Free At Last” referencing Martin Luther King Jr. and Konrad Adenauer’s “We all live under the same sky”, which titled this collection.

Below, Hoor expands on the key references at the heart of this poignant collection. 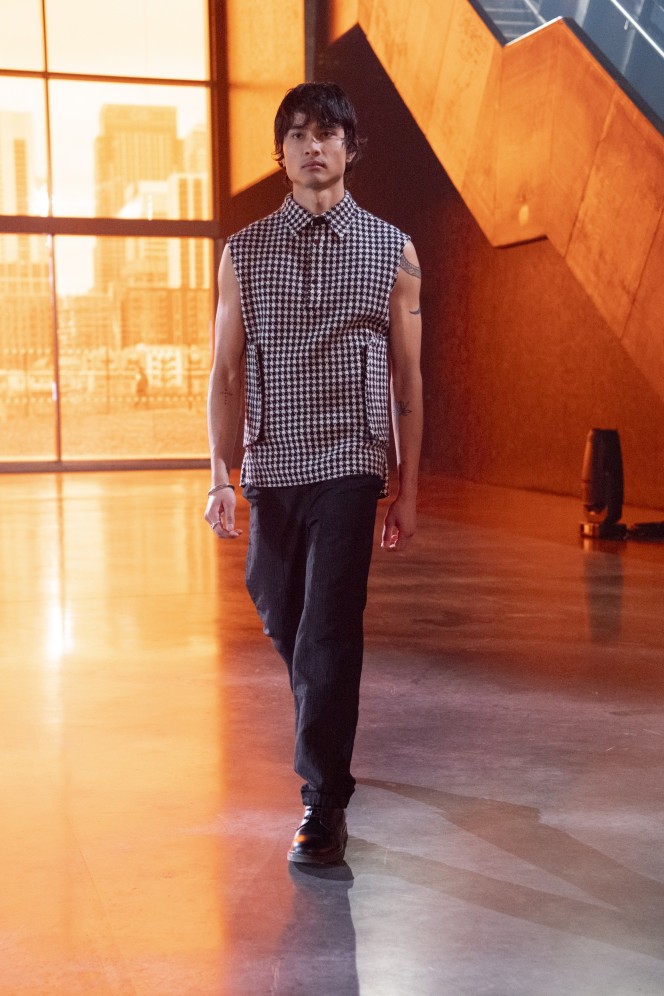 On drawing parallels between 90s grunge and the Bloomsbury Group:
“We were looking at ‘The Group’ photoshoot by Steven Miesel for Vogue Italia and that inspired the 90s grunge. They were almost like The Bloomsbury Group with regards to artists, writers and intellectuals coming together to inspire change through their work, I studied the Bloomsbury Group at art school and their lifestyle and spirit of rebellion against unnecessary conventions was something we were trying to invoke in this season. They shared ideas, supported each other’s creative activities and formed close friendships, for this season we wanted to think of the creative community coming together for this same purpose, hence our collaboration with Bakani Pick-up Company and Visionist.”

On the idea of heritage/tradition meeting within a spirit of modernity and liberation:
“It’s almost like taking something that is conventional and traditional as you mentioned and making it relevant to the current climate, it makes me think of an upcoming biennial I am working on that was conceived by the late Okwui Enwezor titled Thinking Historically in the Present. It’s important to look at heritage and tradition, history of war, occupation and colonialism and how it can relate to or translate in a global and contemporary environment.” 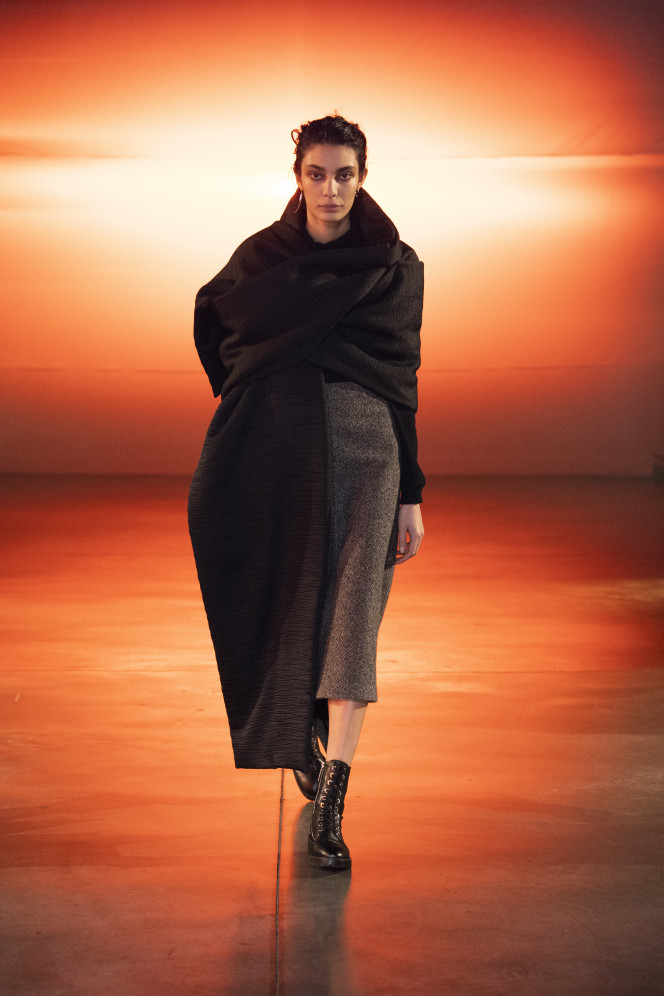 On referencing arts and crafts from across the Islamic world:
“We were inspired in particular by the Mashrabiyah (wooden latticework around windows) and wooden panelling around doors in Islamic architecture as well as the manifestation of the tulip motif found in ceramics and tiles in Islamic design.”

“It’s important to look at heritage and tradition, history of war, occupation and colonialism and how it can relate to or translate in a global and contemporary environment…”

On the collection’s use of political quotes:
“Political messaging is always part of Qasimi’s ideology, in this season we continue from the last season at civil rights and equality but with a glimpse of hope and optimism, representing a young generation ready to take on a commitment to make that happen.”

On presenting the collection as a film choreographed by Bakani Pick-up Company:
“This has been a very unique period for us all, and we wanted to push what a fashion show could be by simultaneously exploring its elements and working with artists outside the field of fashion. We collaborated with Bakani Pick-Up for the choreography and with Vionist for the music, it has been a wonderful experience and I look forward to more collaborations in the future.”