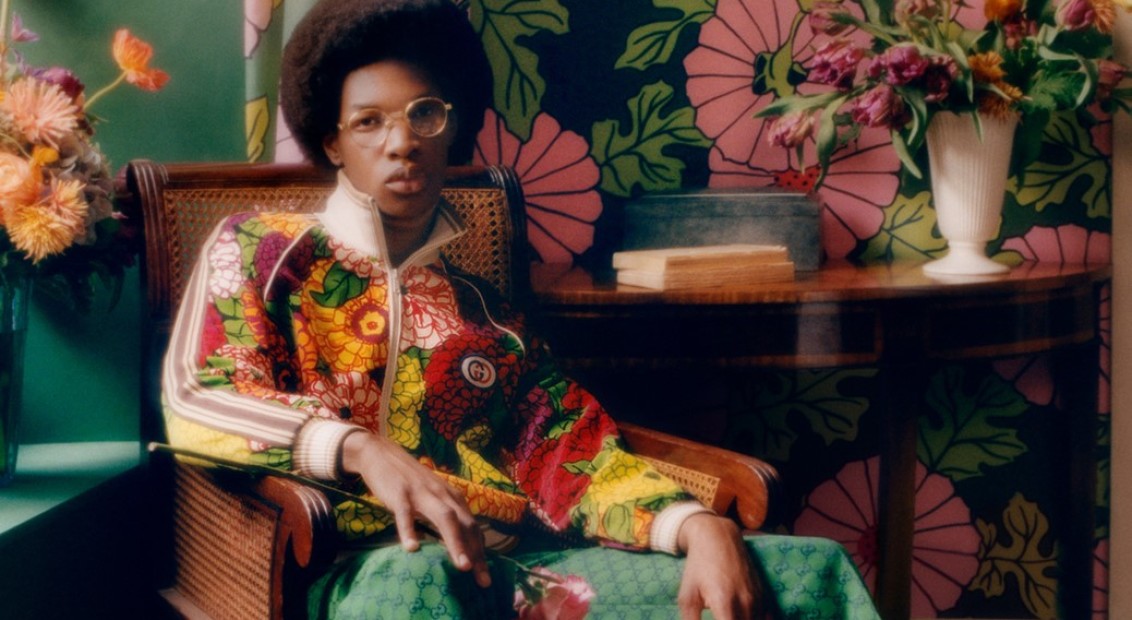 For the latest chapter in their Epilogue collection, Gucci have unveiled a selection of special pieces that pay homage to the work of acclaimed American designer Ken Scott, affectionately referred to as the “fashion gardener,” for his love of floral patterns and vivid colours. 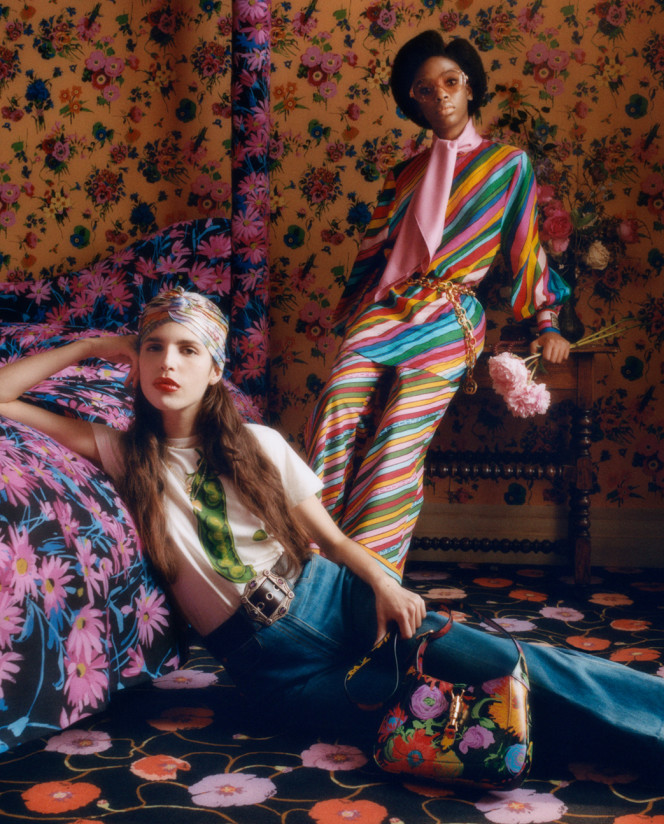 It’s no great surprise to learn that Scott’s journey began in painting. After landing in Milan in the early 60s however, he translated those talents into designing fabrics, a move that in his own words, spelled the end for his painting career “there and then”. During that decade, Scott became one of the most influential names in Milan. With the brand that he founded, Falconetto, Scott presided over a democratisation of fashion that was revolutionary for the time. Just as the peonies and sunflowers became his visual signature, so did the use of affordable artificial fabrics that could be washed by hand, dried quickly and didn’t require ironing.

For their tribute collection, Gucci are celebrating Scott’s legacy with a nod to his archive floral designs. These are transposed into a collection that hums with Scott’s radiating energy: suit jackets, t-shirts and flowing dresses for women, louche bowling sets and a Palace jacket for men. The full looks are completed with an array of footwear all elegantly embroidered with the gossamer threads of Scott’s winding floral designs. 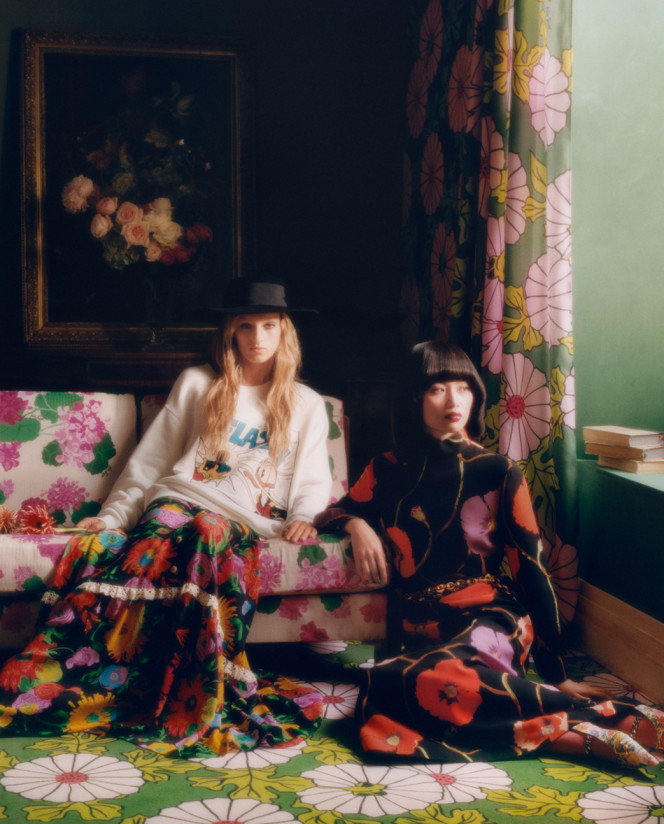 “Ken Scott was a really great creator of fabrics,” says Gucci creative director Alessandro Michele. “He mapped out flowers with romanticism and flowers into pop culture. He treated flowers like shop signs, he multiplied them, turned them into something that stood out. I like his work because I am obsessed with floral prints.”

That much is obvious with a quick look at the accompanying campaign. Shot by Mark Peckmezian (with art direction by Christopher Simmonds), the series of images are back-dropped by fully-immersive Ken Scott interior decor. Custom-made wallpaper, curtains, tablecloths and cushions each bearing Scott’s floral designs celebrate the designer’s legacy in a way only Gucci can: by turning it up to eleven. As you peruse the collection for yourself, we highly recommend tuning in to a special Gucci podcast hosted by professor of fashion cultures and histories at London College of Fashion, Shahidha Bari, who will be giving a detailed story of Scott’s life.

The Gucci Ken Scott collection is available for purchase online from the Gucci store. Listen to the Gucci Podcast on Ken Scott’s life here.