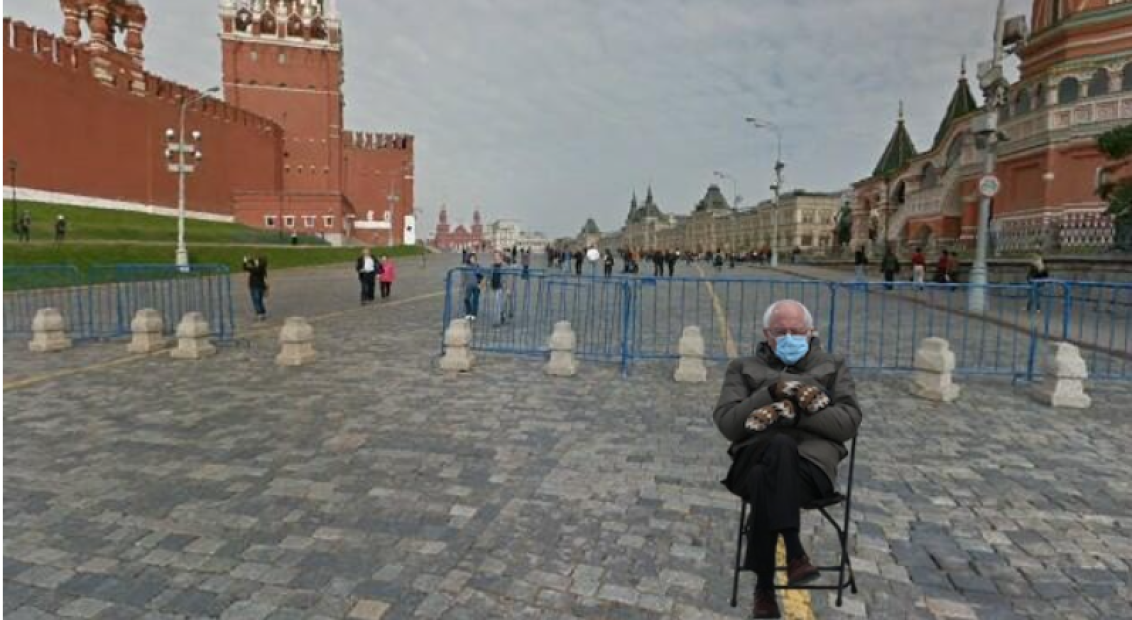 Above image: Bernie Sanders takes a load off in Moscow’s Red Square

Of the typically colourful internet fallout that followed President Biden’s recent inauguration, a new website that lets you transport Bernie Sanders and his mittens anywhere in the world comes in near the top, just above the latest evidence that The Simpsons does in fact predict our future (Kamala Harris wore the same outfit as Lisa in the episode she becomes President. Coincidence? We think not.)

The website, known simply as ‘bernie-sits’, allows anyone to enter a valid address and watch as a disgruntled Bernie appears magically in that setting. It turns out Bernie looking bored atop Machu Pichu, in Moscow’s Red Square or thoroughly out of place on Bondi beach is just as entertaining as it was on the Capitol. 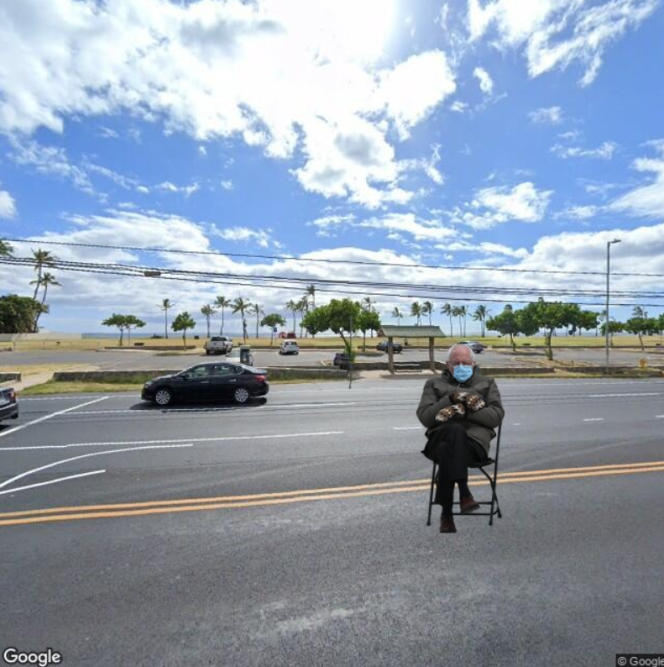 Bernie hits the beach in Hawaii