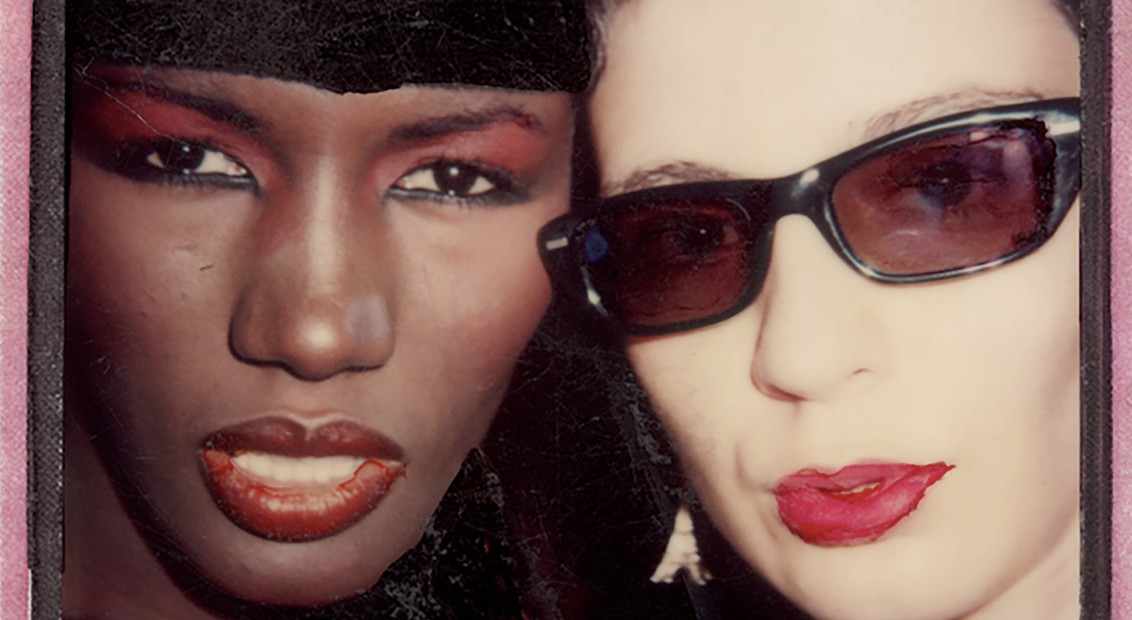 Above image: Selfie with Grace Jones © Maripol Courtesy the artist

When Polaroid released their now legendary SX-70 model in 1972, the camera’s compact, all-in-one design quite literally clicked among young creative communities worldwide. Not only was it affordable and unobtrusive, its instant development facilitated a new kind of spontaneity and approach to image-making that proved transformative.

Nowhere is its impact better demonstrated than in New York during the 70s and 80s, when the camera’s release chimed with the emergence of the city’s burgeoning underground creative scene. With the company even providing the likes of Robert Rauschenberg and Andy Warhol free film and studio time via their Artist Support Program, the period brought an unprecedented sense of intimacy and access, courtesy of the SX-70.

If you visualise the milky Polaroids synonymous with the era, chances are many were taken by Maripol, the French artist, designer and certified Queen of Polaroid who arrived in New York in 1976 for a three month holiday and never left. Along with her then-boyfriend and photographer Edo Bertoglio, Maripol found herself at the centre of it all, arm in arm with Grace Jones at the legendary Mudd Club or snapping Basquiat at Studio 54.

As part of a new festive project with Polaroid, Maripol is looking back to the moment it all began with the Polaroid camera she was given in 1977 by Bertoglio. Below, the former Fiorucci creative director and gatekeeper of New York’s 80s club culture pinpoints what was so special about the Polaroid all those years ago and why now, among the ubiquity of camera phones, it still retains a unique magic. 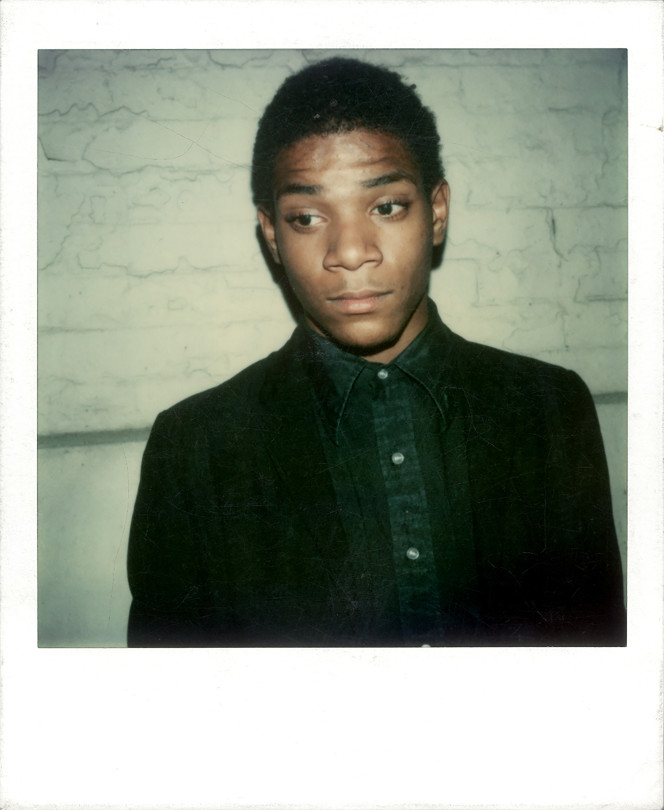 “I think I was only subconsciously aware that I was developing a documentation of the era.”

On how the SX-70 impacted her creatively…

“It was definitely a tool for me to shoot whatever I saw in the moment. If I’m doing something that I need to have a picture of, let’s say a clothing piece or some jewellery, click, I’ve taken a picture of it. So it was really like I was using a regular camera.”

On composition vs documentation in her Polaroids…

“I would say [the focus is] mostly composition. You also have to learn at the beginning, if you’re not paying attention your angle is not going to be right, you’re going to cut half the people or something. You really had to look into that lens and make sure everything was perfect and square. I think I was only subconsciously aware that I was developing a documentation of the era.”

On the influence of Andy Warhol and spending summers in London…

“While at École des Beaux-Arts I chose to study pop art, so definitely Andy Warhol was a big influence. He was like a godfather to a lot of people but especially for me. Then I got to know him and he was an amazing person but I think his work created a subconscious attraction to New York in me, so that when I went there with my boyfriend for three months I never left.

“[Andy Warhol] was like a godfather to a lot of people but especially for me.”

On how she uses her Polaroid today…

“Well not in the same way [as the 70s and 80s] because I stopped the nightlife when I got older. But during Covid-19, when we were confined, I made a point to take a picture of whomever I saw during that period. Gardening, playing backgammon or having dinner outside, with my family or my neighbours…

I saw a beautiful girl walking by the other day and I asked her whether I could take her picture. She asked me why but let me do it and so I printed one for her. Recently I saw her again, she had a mask on and had changed her hair colour, but she recognised me and said, “You’re that person who took my portrait,” and I said, “Yeah!” And they don’t know who I am at all, they just think: ‘She’s the woman who took my Polaroid.’”

On what still makes the Polaroid so special…

“I always have a Lumix and I’m in love with Leica but there is no way you’re going to have that milky, eerie feeling, that liquid emotion that you have inside [a Polaroid]. Plus, the fact that you can print right away, without having to hook up to your mobile.”

Maripol has collaborated with Polaroid to mark the 2020 holiday season, discover more online. 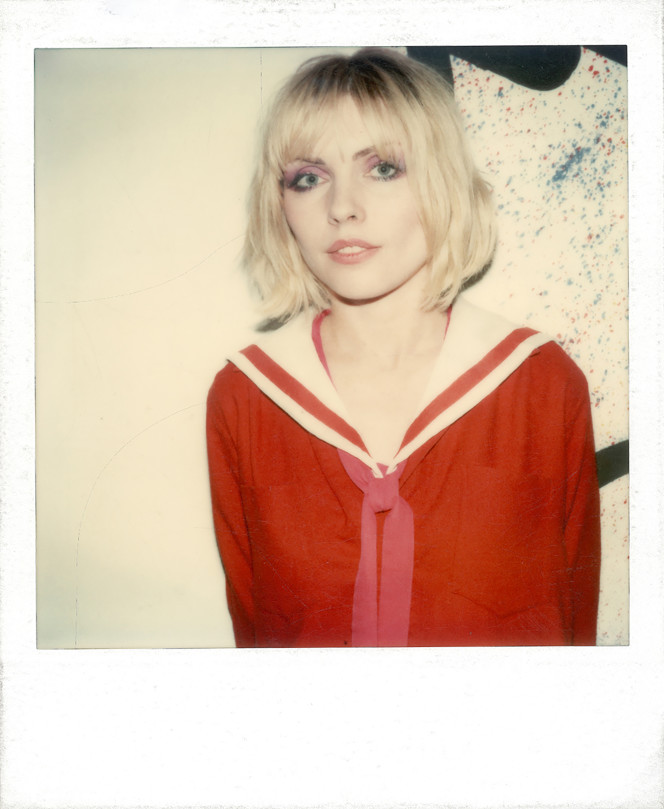 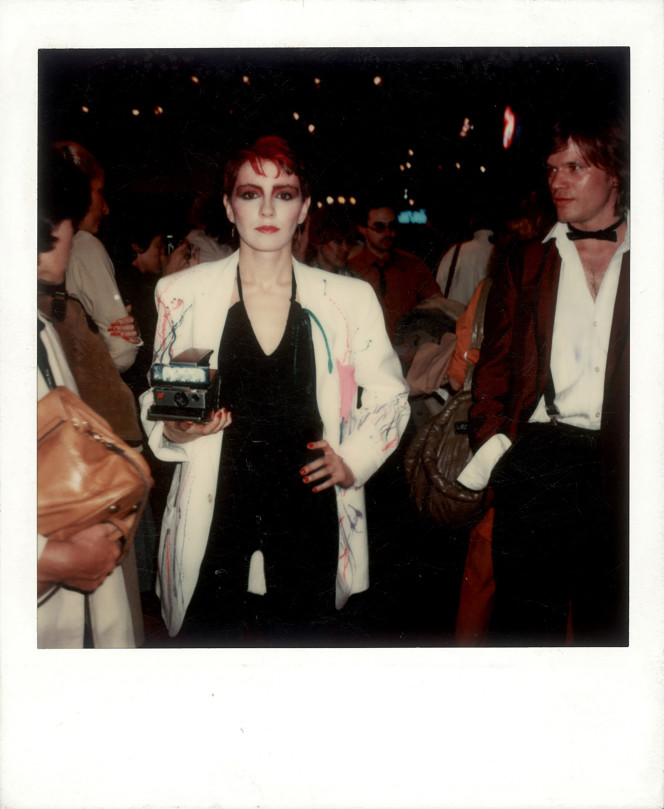