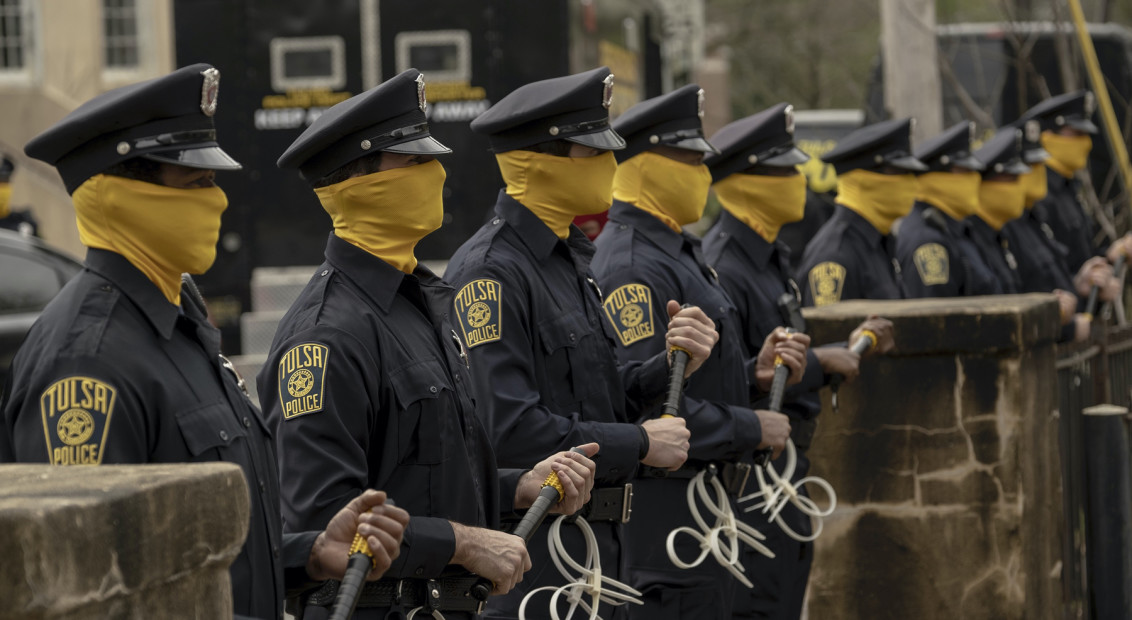 Over the last week, angry demonstrations swept across France’s major cities, united in their condemnation of a new government security bill that would criminalise circulating images taken of police if they were deemed to have “malicious purposes”.

Protestors marched in Paris, Lille, Rennes and Strasbourg, fuelled by an accumulated sense of outrage that encompasses not only recent lockdowns and Black Lives Matter (BLM) protests but a long standing distrust of police, particularly among the country’s ethnic minority population. Only last weekend were these systemic issues highlighted yet again, after the brutal beating of Black music producer Michel Zecler by police. After news of the attack spread, made possible only by the fact Zecler’s own security camera recorded everything, the case for safeguards against police brutality could not have been made clearer.

Following the protests, Macron’s government tried to allay fears the legislation would allow police to act with impunity by claiming the controversial Article 27 would be, “completely rewritten and a new version will be submitted”. Doubts remain however, with critics pointing to the likelihood of the bill being re-submitted under a new guise and the possibility of its other worrying articles, which include providing legal grounds for mass ground and air surveillance, slipping through unnoticed.

The historical precedent for such draconian measures offers reason for concern. How many times has a government capitalised on a state of fear and hostility to justify the passing of undemocratic laws in the name of emergency measures? Following the recent terror attack on schoolteacher Samuel Paty (Paty was beheaded by a student after showing cartoons offensive to Islam in class), the large-scale Black Lives Matter protests over the summer, not to mention an ongoing pandemic that has already seen basic freedoms curtailed, the prerequisite conditions that enable police states to flourish are worryingly present.

Amnesty International are committed to monitoring these developments. In a recent report titled Policing the Pandemic: Human Rights Violations in the Enforcement of Covid-19 Measures in Europe, they revealed how the pandemic has exacerbated pre-existing police trends that were either discriminatory or unlawful. Below, Marco Perolini, a senior researcher at Amnesty, explains why the new security bill has been introduced, why it isn’t likely to go away and why we should be worried in the UK.

Finn Blythe: What is this piece of legislation and what does it say?
Marco Perolini: It’s called Law on Global Security and it includes many different articles that are problematic. One is the possibility to file criminal charges against people who film and circulate images of police. The law is quite vague so it’s very much a matter of how it’s going to be interpreted. We have often seen police use disproportionate force against protesters for example, evidence of that exists because there are journalists, non-professional journalists and even protesters who can take images very easily with their phones. These images are posted on social media and in some cases are used by prosecutors or judges to hold police officers accountable for their wrongdoings. This law could mean that the circulation of these images, particularly images where the face of officers is visible, are restricted.

FB: Why is President Macron trying to introduce this now?
MP: Well there’s a few different things. In France there are police trade unions that are very strong. They exercise a lot of pressure on the government and they have pushed for these restrictions to be introduced. Sometimes there are instances where a video of a police officer leads to incitement of hatred on social media, in those cases these people have to be protected, but the police trade unions want these restrictions in place because they want more tools for prosecutors and judicial authorities to stop people sharing any kind of image or video of the police. So this has been one element for sure.

In France this law has been contested but there are many other problematic measures that the government of Macron have introduced, particularly following the murder of Samuel Paty. Some people have argued this is a way for Macron to tap into the right wing electorate. At Amnesty this is not our job to find out but certainly the weight of the police trade unions is a crucial element.

“In France there are police trade unions that are very strong. They exercise a lot of pressure on the government and they have pushed for these restrictions to be introduced.”

FB: Why are people in France angry?
MP: It’s a trend that’s very worrying because in other countries we see opposite trends when it comes to images and videos of police. Even a few days ago the constitutional court in Spain found that similar restrictions on videos of police are unconstitutional. In France there have been many recent cases of police brutality. We have seen it under Covid, Amnesty published a report on this, many cases of police brutality against BAME people for example, under the guise of enforcing the lockdown. Also because of the BLM movement and the murder of George Floyd there were big protests in France in June and July so I think there are more sensibilities around these issues. In France police brutality is a structural issue, we have seen it and documented it at Amnesty so it’s really a human rights issue, and I think there are already very few opportunities to hold police to account.

FB: How will the situation resolve itself?
MP: After the protests in France it seems there is an agreement in Parliament that this specific article has to be re-written. So perhaps it won’t go through in this current form but unfortunately the government is planning to present another piece of draft legislation on 9 December and that is a piece of legislation on many different issues and has been something they’ve wanted to introduce since the murder of Samuel Paty.

There is an early draft available and although it’s not actually what will be presented it gives an idea of what the draft will include. In the draft is a very problematic article that can also restrict the circulation of images and information about police. So it may be the case that they scrapped the article in this draft but then will re-introduce restrictions in another way on 9 December, so we have to be very vigilant.

FB: Why should people in the UK care?
MP: There have been similar debates about these restrictions in many European countries, including the UK, a country that has documented many instances of police brutality. Not only police violence but also racial profiling and within that taking videos is really important because when people are stopped and searched for absolutely no reason whatsoever apart from their skin colour it can sometimes lead to violence because police react in a way that is excessive. What I’m saying is that this debate could arrive in England, now it’s about France but we all need to be vigilant when our opportunities to hold police accountable come under risk.

Read Amnesty’s recent report on Policing the Pandemic: Human Rights Violations in the Enforcement of Covid-19 Measures in Europe here.