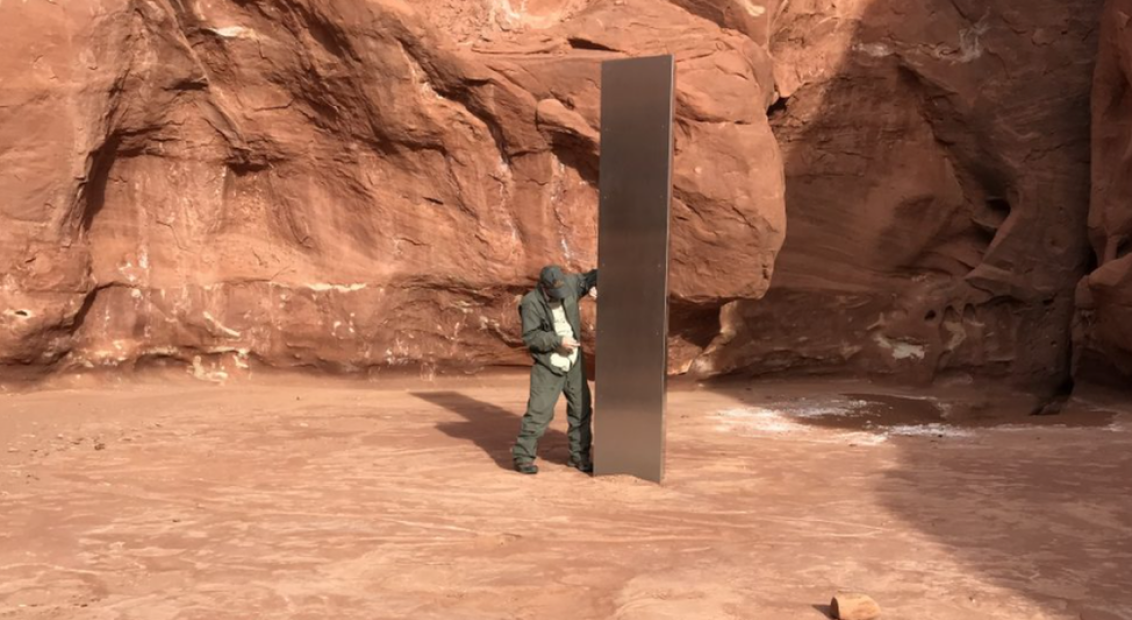 When officers from the Utah Department of Public Safety’s Aero Bureau were carrying out one of their customary sheep counts by helicopter last Wednesday, they spotted something that was definitely not supposed to be there. An enormous metallic monolith, around 3m in height, stood among the rocky canyon crevices of Utah’s desert, surrounded by a very puzzled flock of bighorn sheep.

Anyone that’s seen Stanley Kubrick’s seminal 2001: A Space Odyssey can appreciate the attention this mysterious object is receiving. Even those who fell asleep in the first half hour will surely remember the troop of warring chimps that open the film, thrown into delirium by the towering presence of a shadowy monolith. Well, if only Kubrick could see us now.

Despite the furor of interest, no one has yet claimed responsibility for the monolith, whose precise location also remains unknown. Rumours inevitably abound however, with the pilot of the helicopter suggesting it is either the work of a “new wave artist” or extraterrestrial activity. Though he died almost ten years ago, US artist John McCracken certainly fits the bill, having lived in the area for some time and produced monumental, block-like totems in all manner of materials. All will surely soon be revealed once the local Bureau of Land Management decide whether to launch an investigation next week, we know where our money lies!