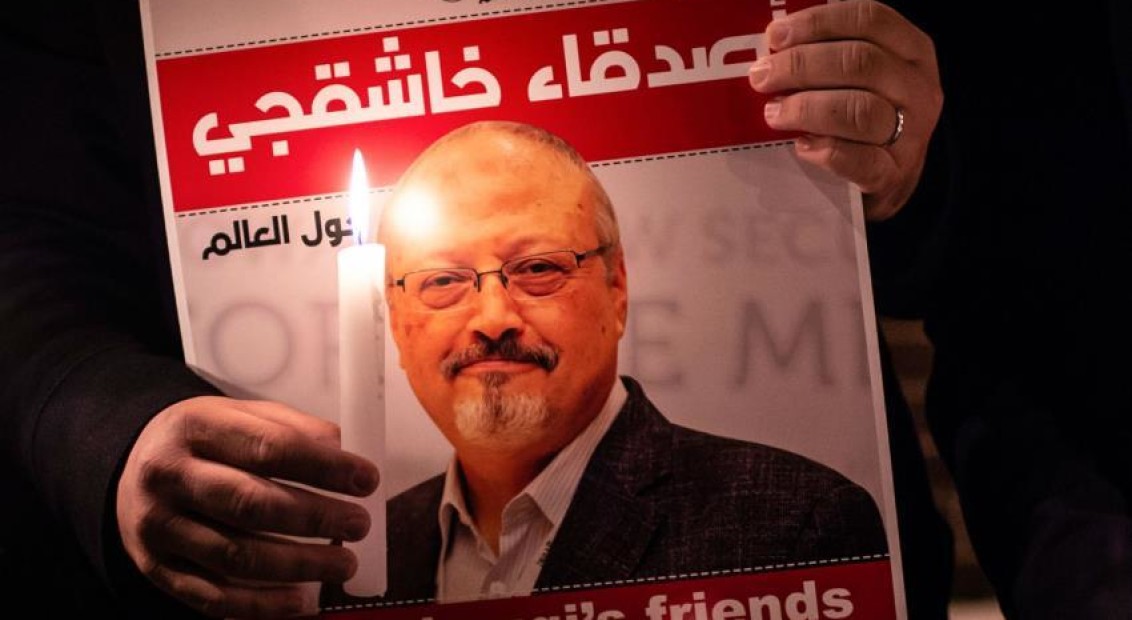 US director Bryan Fogel treads where few people dare, telling dangerous and urgent stories that shine a light on truths many powerful people would rather remain hidden. Following Icarus, his 2017 documentary that presented the underground world of sports doping against an equally shady backdrop of geo-political power moves, his latest film The Dissident tracks the events leading to the 2018 murder of Washington Post journalist and renowned critic of his native Saudi Arabia, Jamal Khashoggi.

Now, ahead of the Saudi-hosted G20 summit taking place at the end of the month, Fogel will screen his film to members of German and UK parliaments, urging them take a stand against the Saudi state and boycott the forthcoming summit.

Two years on from Khashoggi’s assassination, the documentary’s arrival (which has now been postponed to March 2021) signals a renewed attempt to ramp up political pressure on the Saudi Arabian government by exposing the events precipitating his murder inside the Saudi consulate in Istanbul. Featuring unseen security footage from the event, in addition to a number of telling contributions from cyber security experts, Turkish police and even a young Saudi activist with whom Khashoggi was secretly collaborating, it’s an alarming expose on how a state-sanctioned murder can pass with impunity.

Alongside Fogel and UN Special Rapporteur on Extrajudicial Executions, Agnès Callamard, screenings to members of the German and UK parliaments (on the 19th and 18th, respectively) will be attended by Khashoggi’s widow, Hatice Cengiz. “When Bryan shared his idea to make the film, I was initially reluctant,” says Cengiz of The Dissident. “But as we worked together, I came to realise that Bryan believed in Jamal’s cause and values. No one has told this difficult and painful story better than Bryan. I am grateful for him, for his courage, and for immortalizing Jamal with this movie. I believe it will raise awareness about Jamal’s unjust killing and remind everyone that his killers have still not been punished.”

Find out more information on The Dissident here.

Tagged with: Bryan Fogel, The Dissident Show me more: Film+TV