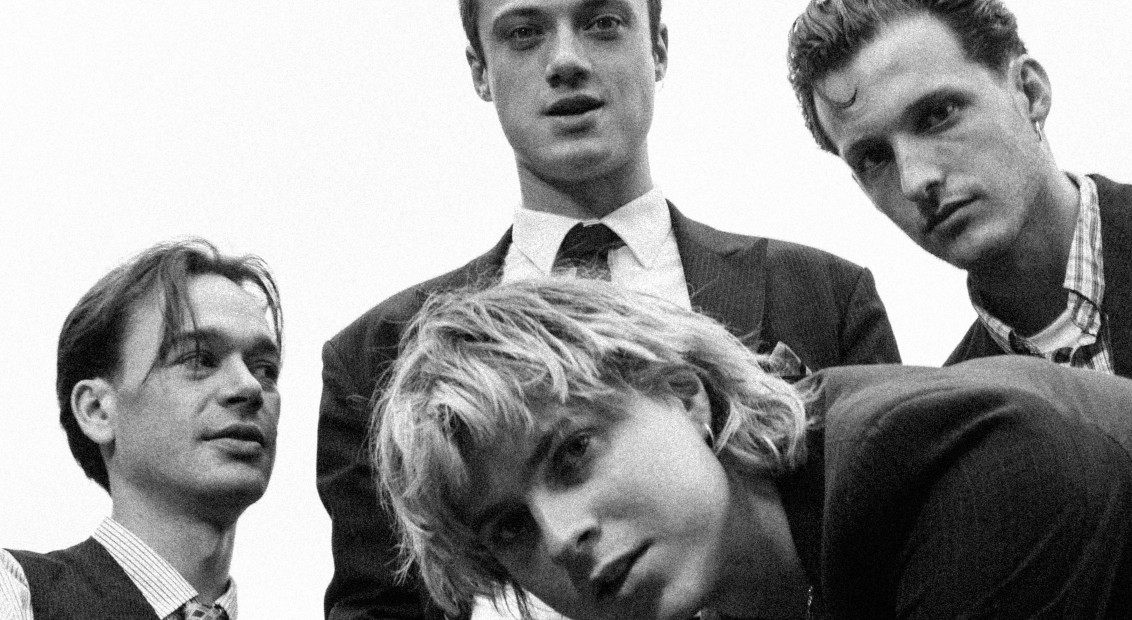 Following the release of their debut, Writhing Comedy, last year, London four-piece Legss return with their sophomore EP, Doomswayers. Here, we premiere the video for their brilliant lead track, On Killing a Swan Blues.

Described as a “nightmarish world” by frontman Ned Green, this new work picks up where the band left off, continuing their contorted, glitchy commentary on the delirious nature of life: new characters are introduced and twisted narratives conceived.Shot and directed by Will Reid in collaboration with DENIAL and Legss, the video for On Killing a Swan Blues offers our first glimpse into this Twilight Zone-esque world, where frenzied inhabitants walk the repetitive city streets in a perpetual state of sweaty anguish.

Of the video Green says: “Drawing on the tactility of Tarkovsky and the menacing physicality of early silent movie stars, On Killing a Swan Blues is a glimpse into the nightmarish world that punctuates our second EP, Doomswayers. Inhabitants of the world are affected in a series of vignettes including architectural renderings, inexplicable confrontations and the London Overground.” 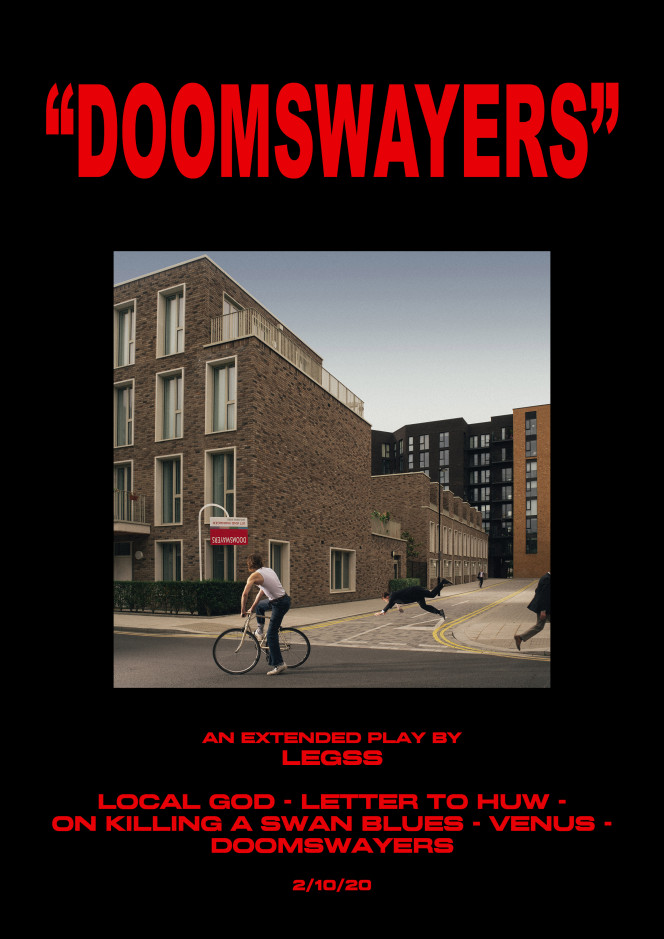