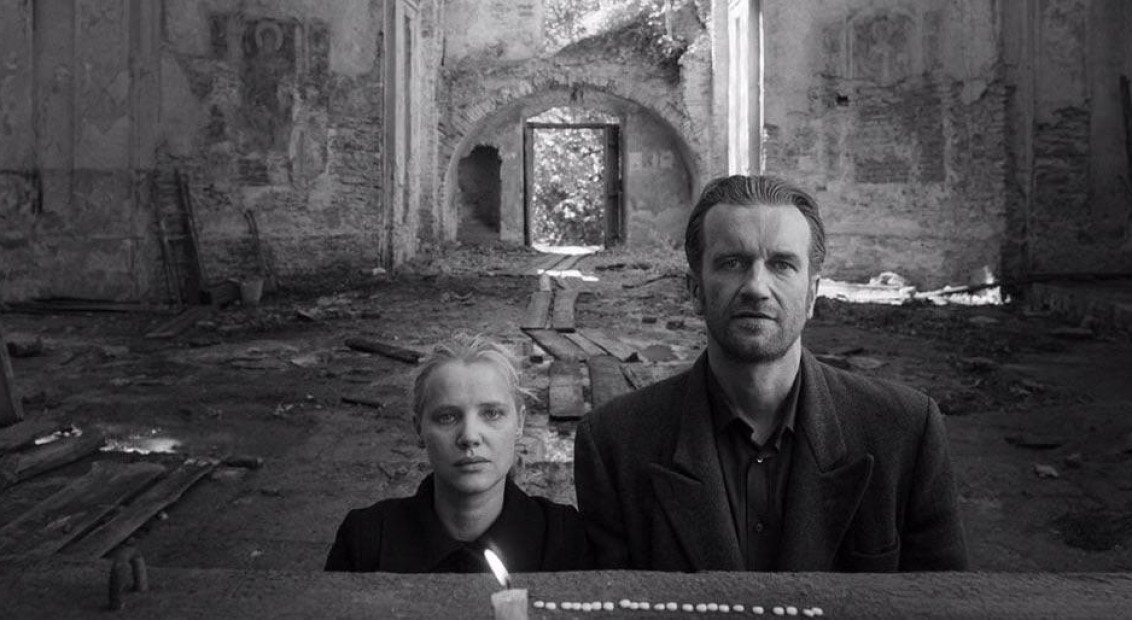 Born in Poland, raised between Germany and England, married in France – in life as in film Pawlikowski is constantly on the move, swept along by historical tides of change. This sense of displacement defines both his private and professional life, with the latter bringing a number of exceptional films that relay deeply personal moments in Pawlikowski’s history. Though he made his feature debut in 1998 (following a successful early involvement in documentary), Pawlikowski’s name only began to resonate globally within the last ten years. Following successive releases that both brought serious Oscar-attention, he’s now one of Europe’s most exciting art house directors whose stock only seems destined to rise.

The year is 1968, Poland finds itself overcome by the same wave of student protests that have engulfed the world and a large-scale anti-Semitic purge is being led by the country’s oppressive communist party. It is also the year that Pawel Pawlikowski’s parents separate. His mother Zula is a ballerina, and his father, Wiktor, training to become a medic. Three years later, with the student protests little more than a fading memory, Pawlikowski departs for England on what he believes to be a holiday but transpires as something more permanent. His mother marries an Englishman and Pawlikowski, who arrives without a word in English, is forced to start life from scratch.

The move was traumatic for Pawlikowski, whose time in England was disrupted further with periods spent in Germany, living with his exiled father. These formative experiences of drifting between unfamiliar houses and people, of life being a constant if all-too-literal journey, fueled Pawlikowski’s entry into documentary after receiving a BBC traineeship. Beginning with From Moscow to Pietushki in 1990, Pawlikowski produced Dostoevsky’s Travels (1991) Serbian Epics (1992) Tripping with Zhirinovsky (1994) within 4 years, all of which centred on epic, life-changing voyages that echoed Pawlikowski’s own. 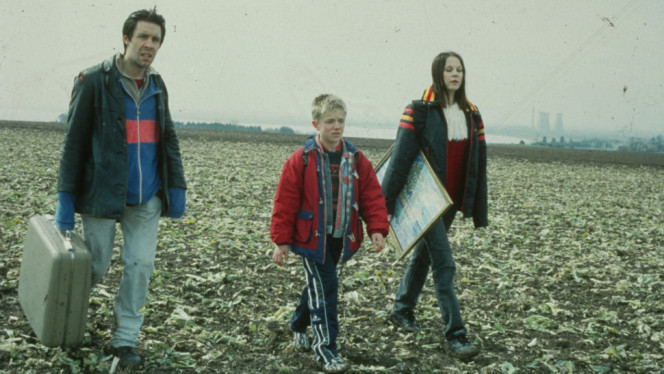 From tales of Dostoyevsky’s grandson crossing Europe by train, and legendary Russian author Venedikt Yerofeev’s journey to self-isolation via Ukraine, Belarus, and Lithuania, Pawlikowski’s first feature took him to the decidedly less glamorous corner of Halifax, West Yorkshire. Twockers was aired on the BBC in 1998, a kind of vérité documentary that follows the lives of disaffected teenage delinquents, bent on destructive kicks and petty crime. Like Pawlikowski they are outsiders, reckoning with life in their bleak surroundings.

His first real feature came with Last Resort (2000), a film that distilled the defining moments of his life and stitched them together. The story not only involves displacement (a Russian woman seeking asylum in England), but like Twockers, marries the sense of alien outsider with a peripheral setting, forgotten by time. Shot long before Margate became the hip London-dormitory it is now, Last Resort presents the seaside town as deserted and hostile, where the twisted journeys of two unlikely people converge for an even unlikelier romance. 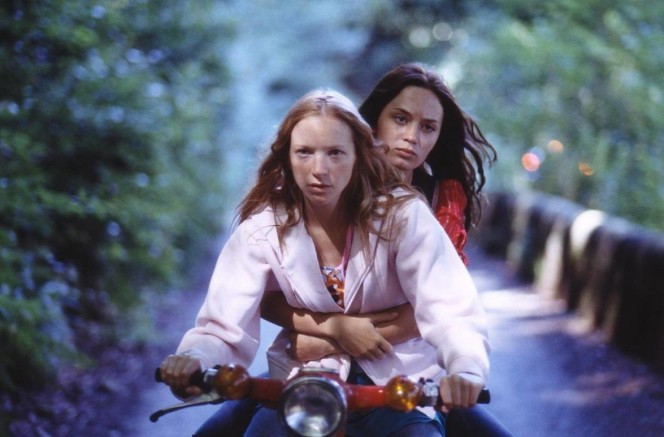 Only two more films came in the next 11 years as Pawlikowski had to endure the sudden and unexpected death of his wife in 2004. At the time he had just finished work on My Summer of Love (2004), a lesbian love story starring a young Emily Blunt, and it proved his last for sometime as he concentrated on the well-being of his two children in London. After moving to Paris, he made Woman in the Fifth (2011), another story of a foreigner arriving in unfamiliar territory, this time Ethan Hawke, who begins a passionate affair with a wealthy widow (Kristen Scott Thomas) in Paris’ 5th Arrondissement. The film’s critical reception was mixed, unlike his two previous efforts, suggesting Pawlikowski had forgone the gritty, documentary-like qualities that made his work so special in favour of more popular appeal.

On returning to the country of his birth, Pawlikowski was reminded once again that regardless of where he went, he was resigned to the status of outsider. Poland should have felt like a homecoming, but for Pawlikowski, whose childhood memories were of a country firmly behind the Iron Curtain, the place he encountered was virtually unrecogniseable. Like the experience of moving to London all those years previously, the move back to Poland triggered a profound emotional shift in Pawlikowski, who looked inward to try and rationalise his sense of drift. What followed are his finest works to date.

With its first frame, you can sense Ida is something different, something special. Perhaps it’s the anachronistic 4:3 aspect ratio, a signature of 1950s Hollywood, the high-contrast black and white image, or the camera that resists flashy movement in favour of static, simple shots. In reality Ida’s status as one of the finest films to be made this century is a combination of all these things and so much more, evidenced in 2015 when it became the first Polish production to win an Academy Award for Best Foreign Language Film. 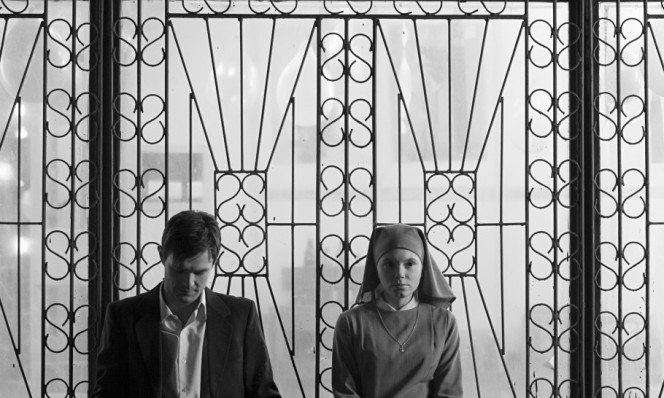 This is a film about navigating loss and absence, specifically among Polish Jews following the war and the notion of ‘survivor descendancy’. Many orphaned Polish Jews following the Second World War were either unaware of their heritage or had buried it under a new identity that had offering them some protection under German occupation. This is the case with Ida, a teenage girl living in a remote Polish convent in the 1960s, who is instructed to visit her aunt and only living relative before she becomes a nun. Upon meeting Wanda, a hard-nosed, hard-drinking former judge, she learns she is in fact Jewish, left orphaned after her parents were killed by the Catholic man who had agreed to hide them during the German occupation.

What follows is a journey of self-discovery that many Jewish Poles underwent following the war. Ida is grappling with a collective trauma she has no direct memory of, mourning the loss of parents with no grave. For all of its poignant evocations of Polish history, Ida is, in the eyes of Pawlikowski, “About humanity, about guilt and forgiveness. It’s not a film that deals with an issue as such. It’s more universal.”

Like so much of Pawlikowski’s best work, Cold War draws directly from the director’s life, specifically his parent’s and their whirlwind romance that was book-ended by the beginning and end of the cold war. Shot in the same monochrome aspect ratio as Ida by cinematographer Lukasz Zal, it is full of achingly beautiful shots, with the depth of an epic condensed into under 90 minutes. 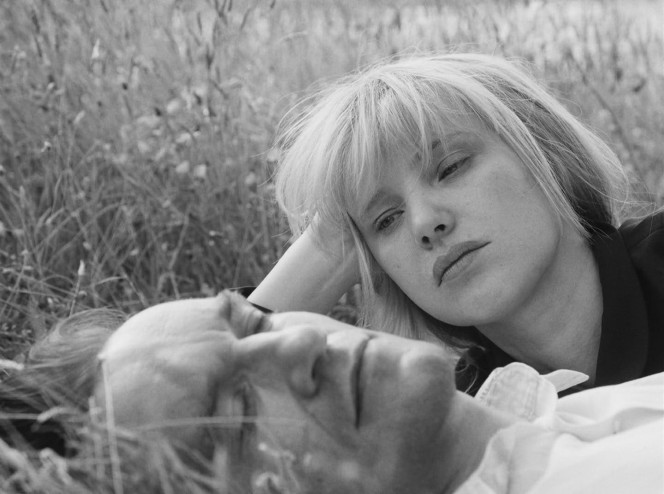 The film traces an undying love between Lula and Wiktor (named after Pawlikowski’s parents) as their lives are sent in wildly different directions over three tumultuous decades. Beginning in Poland, where they meet through a travelling folk troupe, the pair are separated and reunited like two corks bobbing in an ocean. As the film moves between Paris, Berlin and an increasingly divided Europe, the film’s exceptional score becomes an indicator of time and place, beginning with traditional Polish folk music and morphing into jazz and rock n roll.

This may be a loose biography of Pawlikowski’s parents but the fate of its two protagonists resembles something more concrete. In reality as in the film, Lula and Wiktor return to one another in Poland after both enduring failed marriages and years apart. Back on familiar ground they live out their final years together, until in 1989, they agreed to end their suffering (Lula from scoliosis and Wiktor three heart attacks). The joint suicide concludes Cold War – a deft, perfectly weighted ending that typifies the film’s elegance, resisting sentimentality and cliche in favour of a more perfect truth.

What to watch by Paweł Pawlikowski: