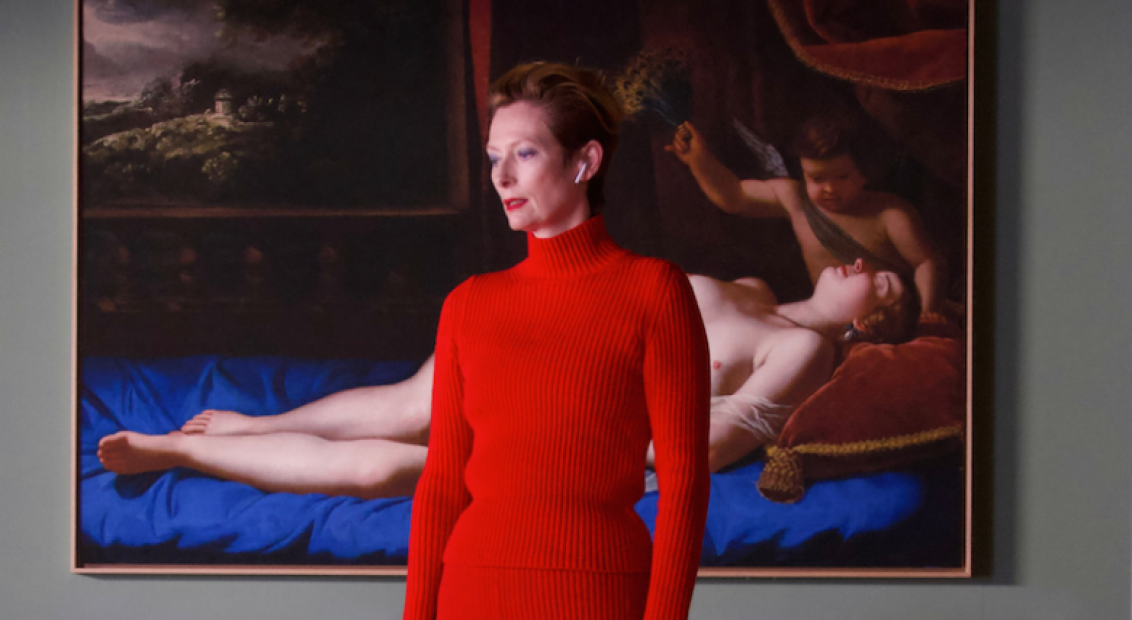 A first look at Pedro Almodóvar’s new short has arrived via a 60-second clip of Tilda Swinton, posted over Twitter by the director’s younger brother, Agustín. Titled, The Human Voice, the clip shows Swinton, dressed in an enormous Crinoline red dress, swooning around a non-descript concrete location looking bereft. It’s not a lot, but somehow therefore, all the more tantalising.

The project is Almodóvar’s English-language debut and his first collaboration with Swinton. Filmed in Madrid last month, an achievement in itself that demanded no-end of logisitcal gymnastics, The Human Voice is based on a single-act play by French playwright Jean Cocteau, written in 1928.

Set in Paris, the play centres on a final telephone conversation between a woman and her lover, whom she discovers, is set on leaving her to live with another woman. One hour, one character, one uninterrupted conversation taut with emotion, the play embodies the best of Cocteau and will doubtlessly bring out a deserving performance from Swinton.

The short is Almodóvar’s first since his highly acclaimed Pain and Glory (2019), and will premier at this year’s virtual Venice Film Festival on 3 September before being presented at the New York Film Festival later in the month. Watch the full clip below.