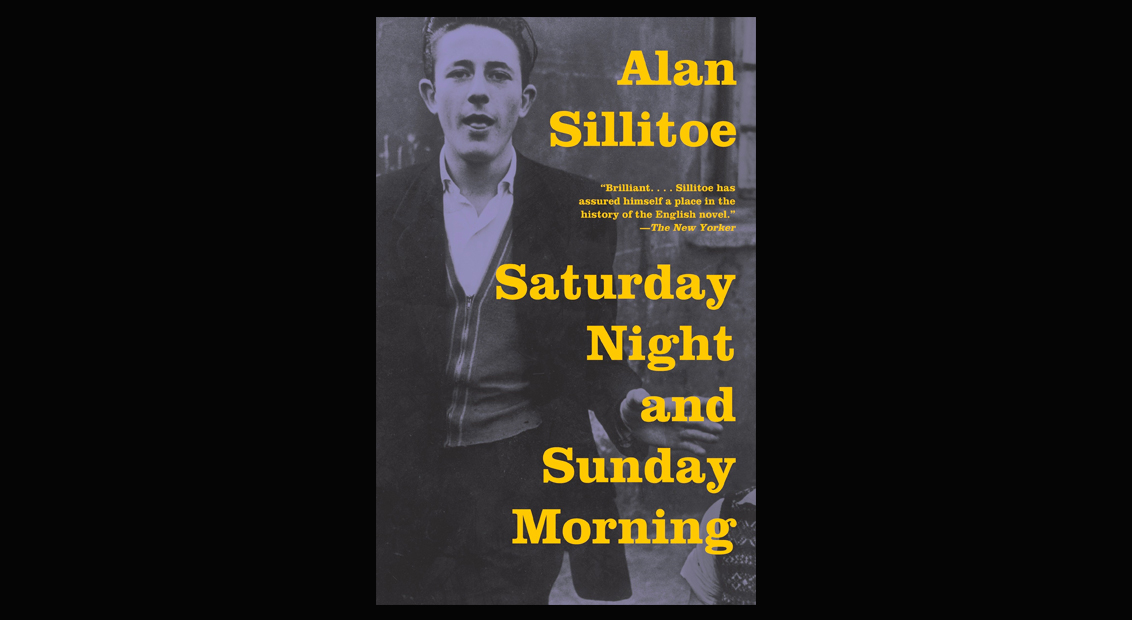 “I’m me and nobody else; and whatever people think I am or say I am, that’s what I’m not, because they don’t know a bloody thing about me…”

It’s post-war Nottingham and 22-year-old Arthur Seaton is down the local, The White Horse, where you’ll find him most weekends. This is how Alan Sillitoe’s 1958 novel, Saturday Night, Sunday Morning, introduces us to our hard-drinking, gobshite protagonist. By the end of the night, he’s had a drinking match with a sailor, vomited over a couple of OAPs, fallen headfirst down the stairs, and ended up in bed with someone else’s wife. Impressive, Arthur.

Working in a bicycle factory (as did Sillitoe himself, aged fourteen, and his father before him), Arthur grafts through his day job in order to get to the weekend, where he can exercise his hedonistic ways. However, backdropped by a changing, more affluent Britain, Arthur is well paid for his hard work, earning a fat check that pays for his nice clobber and weekend antics.

And while Arthur may wake up dazed most mornings, but he’s wise to life and thrives on outwitting the system to his own advantage. “Factories sweat you to death, labour exchanges talk you to death, insurance and income tax offices milk money from your wage packets and rob you to death. And if you’re still left with a tiny bit of life in your guts after all this boggering about, the army calls you up and you get shot to death.”

Before long, however, Arthur’s devil may care attitude takes him down a dark alley. Having become friendly with an older workmate, this friendship doesn’t stop him sleeping with his colleague’s wife, or cheating on her with another married woman, and a young singleton on the search for a husband (needless to say, Arthur is not marriage material). Soon Arthur’s endeavours catch up and lead him into some serious trouble.

Yet, despite all Arthur’s womanising, drinking and hedonistic passions, he’s an antihero we can all relate to and a memorable archetype deeply realised by Sillitoe’s vivid writing. Unwilling to be flattened by the daily grind, Arthur’s making the most of the world around him, whether that’s down the pub or days spent fishing by the riverside, reflecting on existential questions: what’s the point in it all? A product of his environment, Arthur is out to make his life as enjoyable as possible, and isn’t afraid to shaft a few mates along the way. Living from pay packet to pay packet guided by the simple philosophy that “it’s a good life if you don’t weaken”, in Sillitoe’s words, Arthur Seaton “has no spiritual values because the kind of conditions he lives in do not allow him to have any.”

And that’s the brilliance of Sillitoe’s writing and what stood him at the vanguard of the Angry Young Men who revolutionised British fiction in the 1950s, chronicling working-class life in a way which celebrated its vigour, determination and charm. Social commentary that gives voice to the masses, Sillitoe kickstarted a chain reaction that has since influenced everyone from Alex Turner to Morrissey, Ken Loach to Shane Meadows.