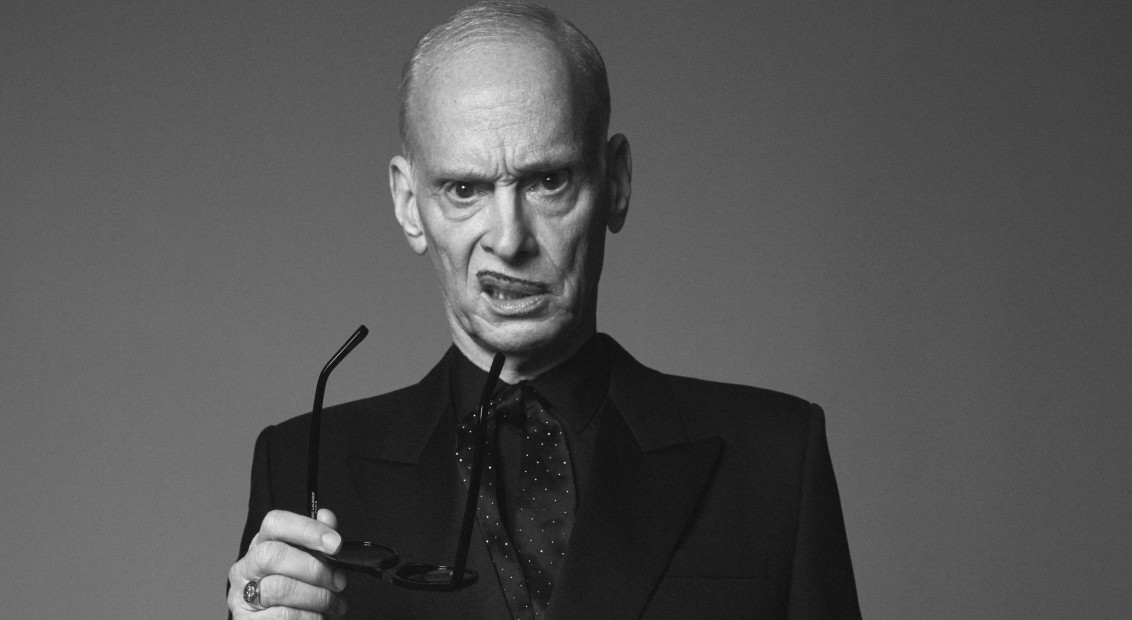 Following in the footsteps of Marilyn Manson, Keanu Reeves, and Courtney Love, Waters joins Lenny Kravitz as the latest icon to be shot by David Sims for the Parisian brand’s FW20 menswear collection.

As one of the most provocative auteurs to have graced the silver screen, Waters knows a thing about flouting convention (a trait that runs deep through the Saint Laurent DNA). Since his underground breakout in the early 70s with hyperbolic, scandalously raunchy productions like Pink Flamingos (1972), Female Trouble (1974) and Desperate Living (1977) – affectionately referred to as his Trash Triology – Waters has made shock, awe (and pencil mustaches) his raison d’etre.

In spite of negative reviews (of which there have been many), his films elude the pitfalls of popular appeal in favour of connecting with smaller, peripheral audiences traditionally overlooked by Hollywood. Waters is often described as a queer icon and it’s not difficult to see why, with many of his early and most beloved films starring hippies, vagrants, drag queens and suburban kids, a motley crew hailing from his native Baltimore that came to be known as the Dreamlanders, and were unlike anything seen on screen before. His longstanding collaborative friendships with the likes of Divine and David Lochary transformed the visibility of transgender people and remain a vital part of his legacy.