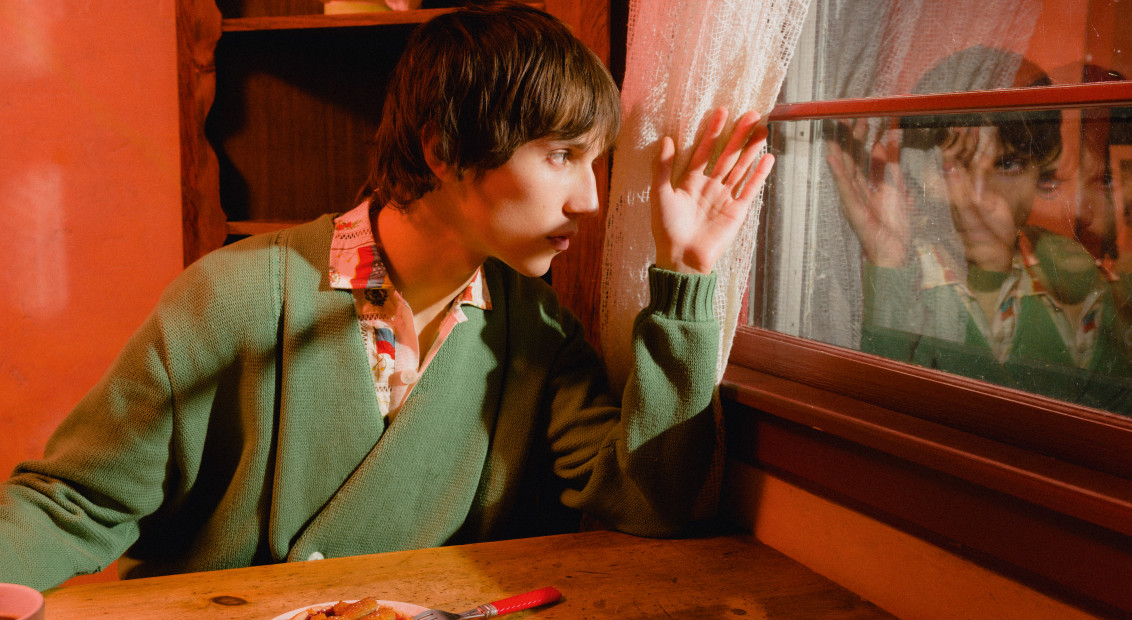 After a whirlwind year that included a CFDA Award win, her first runway show in Paris, and the opening of her first store in New York, American menswear designer Emily Bode takes stock of her personal history and its influence on her working process.

On a tour of her new Manhatten store, which can be seen as a thesis statement of sorts for her design philosophy, Emily Bode laughs almost with a hint of embarrassment as she recounts the hectic year she’s had. Synonymous with her one-of-a-kind garments constructed from vintage fabrics – culled from linen closets, factory archives, and antique shops across the world – and her idiosyncratic approach to fashion, the New York designer has cemented her place as a rising talent in the three short years since she launched her eponymous line. Last March, she was named a finalist for the prestigious LVMH Prize for Young Designers. In June, she took home the CFDA Award for Emerging Designer of the Year, just weeks before her first runway show during Paris Fashion Week Men’s. Then in November, she opened her first store on Manhattan’s Lower East Side. 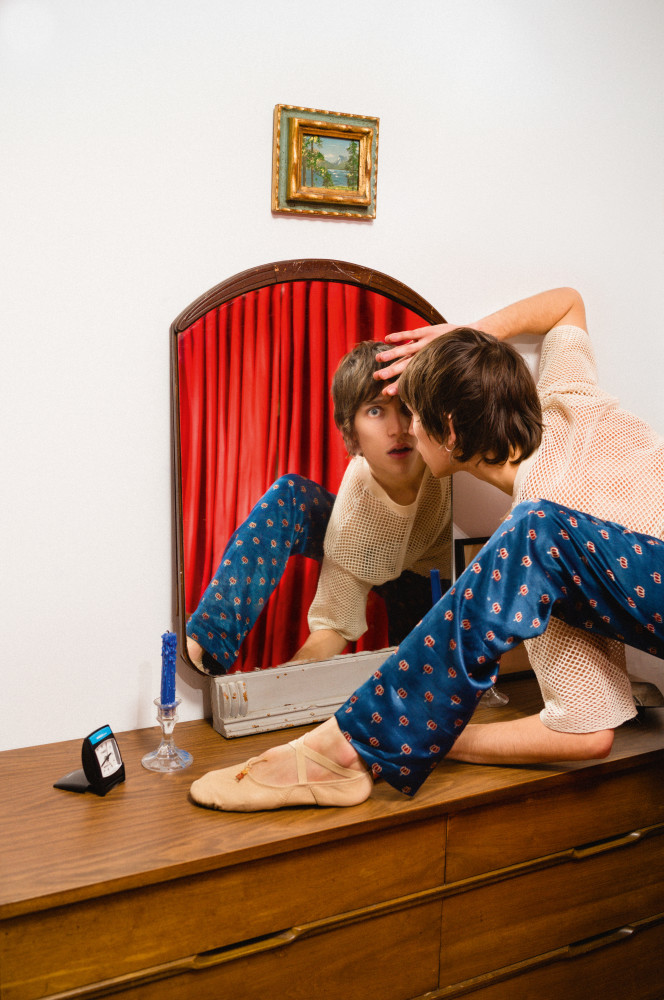 Between pointing out the 1890s fountain scavenged off a Chicago building via Atlanta and the hand-painted ceiling fresco by her friend Lukas Geronimas, the designer revels in highlighting the unique details that form her new store. A see-through PVC jacket gridded with vintage milk caps, speaks to her love of collecting, while the 1940s enamel fish charms that stud a shirt offer her tactile response to an increasingly digital age. “I think so much of it is people’s relationship to the domestic space,” she says when asked about her work’s resonance in the contemporary market. “It’s taking something like antique linens, something that’s so significant to your idea of comfort and your mother and all the people in your life, and then putting that on the body. People have an actual experience with it that they grew up with or that they recognize from their own house.” 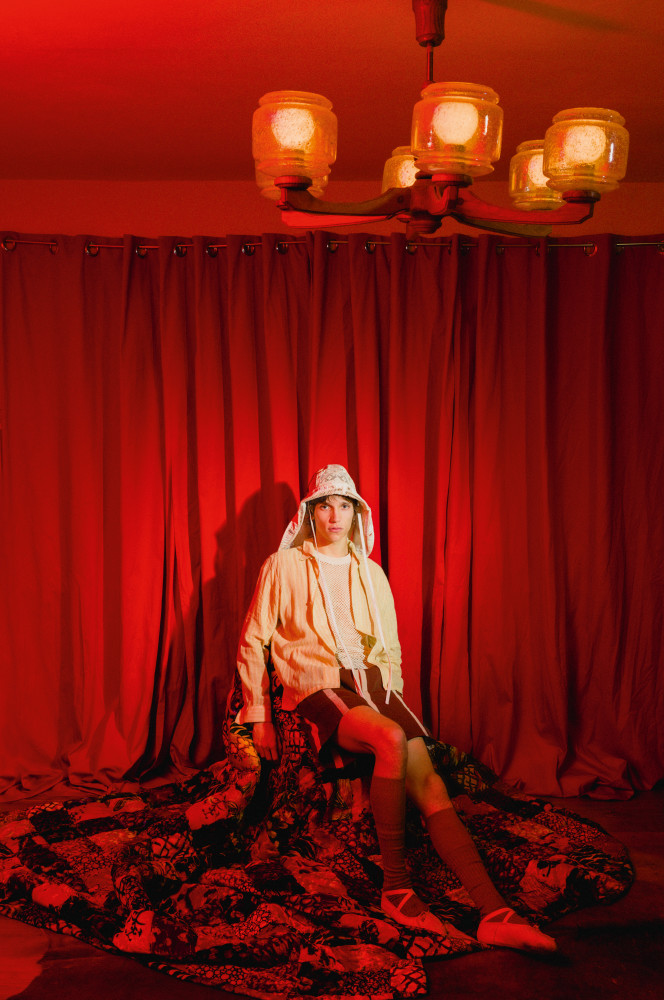 A lifelong collector and Atlanta-native, Bode graduated from Parsons School of Design in New York with a dual degree in menswear and philosophy and worked at Ralph Lauren and Marc Jacobs before striking out on her own. Her rigorous academic training continues to resonate in her designs today, in the way they touch on individuality, memory, provenance and history, offering an anchor in the past amid the endless swirl of stimuli we live in. Bode is apt to reminisce about her childhood toy collections and impart minutiae about her fabric choices, but she maintains a refreshingly forthright perspective on her work. During her time mingling with the other finalists for the LVMH Prize earlier in the year for example, she realised that her distinctly American perspective set her apart from the rest, all of whom hailed from Europe, Africa, or the Middle East. “There are a million different ways to have a successful business or a career as a designer,” she elaborates. “As an American brand, we’re really focused on American sportswear. We’re focused on building this brand, whereas a lot of the European designers are ‘designers.’ They’re more interested in creating a name as a designer and less as a brand. I think of myself as a more pragmatic designer, making menswear that’s wearable and used.”

Much of Bode’s success can be seen as the result of a welcome confluence of market forces and her own intuition. By repurposing existing materials, her designs tap into one of the biggest trends driving the industry today, although she jokes they are simply “sustainable by default.” “People think of sustainability in many different ways,” she adds. “It’s something that I’m really interested in as a designer, but it’s not something we utilise in the marketing strategy. I was seeing all these textiles and there wasn’t a use for them in the same way that there was historically.” Bode’s creations are also mostly, by default, one-of-a-kind, offering the thrill of uniqueness in a globalised society that is becoming ever more homogenised. “People are interested in one-of-a-kind, for sure,” she says. There is the sense that Bode has thrived by staying true to herself, only to discover that the rest of us were just waiting to catch up.

Now firmly settled in her own brick-and-mortar space – where her loyal fans are able to both browse the racks and discuss custom creations – Bode appears to be on the cusp of even wider exposure. Her designs, aesthetic, ethos, speak both of the past and of the future. She is, shirt by embroidered shirt, making her mark with a reverence for the artistry she is continuing. “I think it’s a really beautiful way to utilise these crafts,” she says, “and tell the narrative of American and international history.”