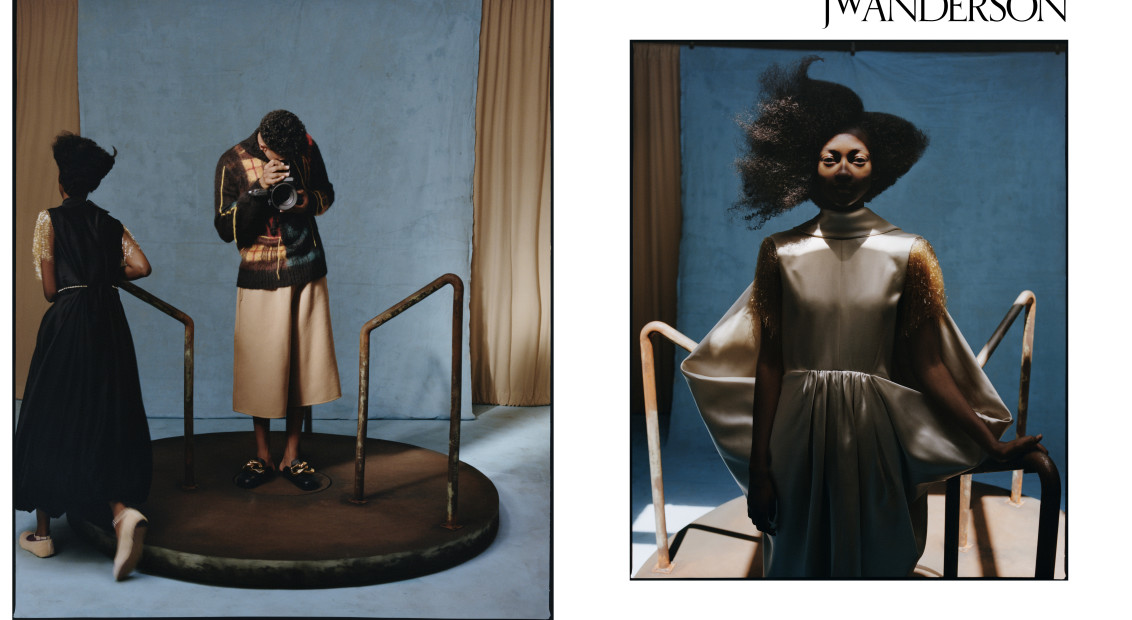 This season, photographer Tyler Mitchell has not only photographed the JW Anderson FW20 campaign, he’s also starred in it.

Teaming up once again with Jonathan Anderson, Mitchell features on a vintage playground roundabout wearing a look from the brand’s FW20 menswear collection. While the photographer returns behind the camera to shoot model Toni Smith, evoking a “fun, young and carefree spirit.” 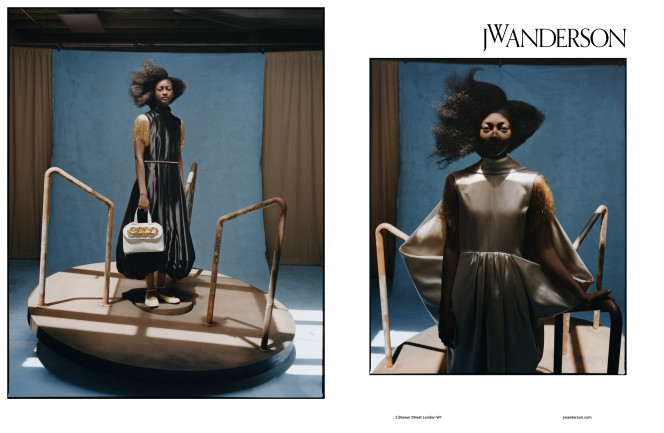 The JW Anderson FW20 menswear collection was centred around a collaboration with the Estate of David Wojnarowicz, featuring the Polish artist’s work across pieces as mannequins in the audience wore masks of the late poet Arthur Rimbaud – a reference to the first-ever photo series by Wojnarowicz. While a month later, Anderson’s womenswear collection saw the designer take inspiration from mixed media art, playing with traditional clothing proportions by blowing them up to cartoonish extremes and sculptural forms.