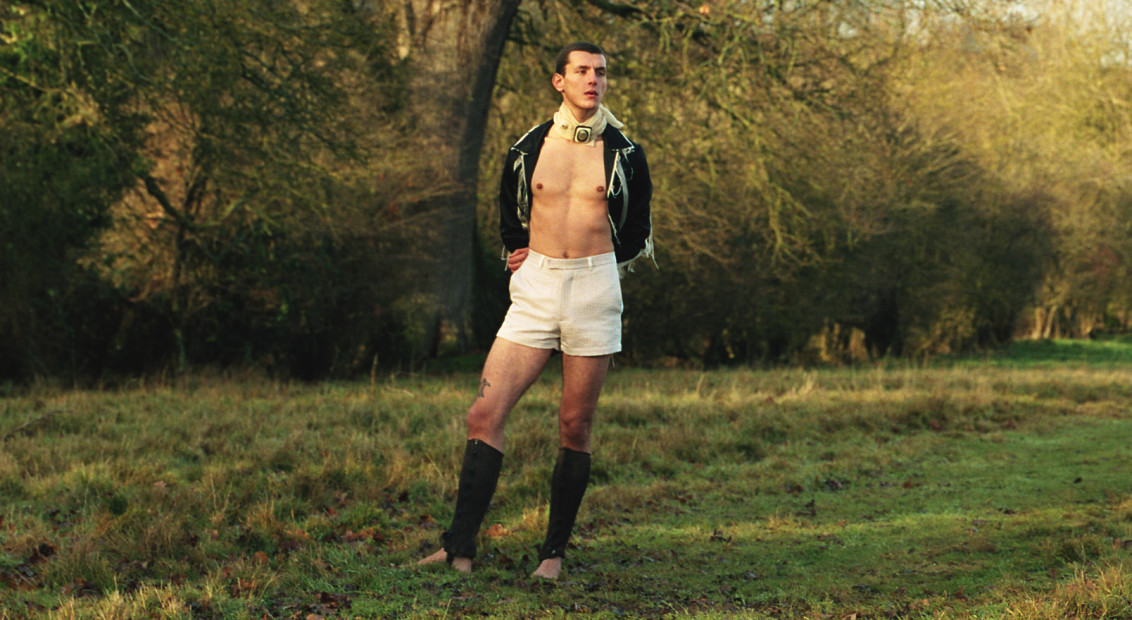 For SS20, designers Danxia Liu and Shanpeng Wong – known collectively as Danshan – set out to celebrate the beauty of fragility. “The ‘flaws’ of the garments were deliberately presented,” they explain of the collection, which mixed colourful, raw edge silk with tailored flares and pink panelled jackets. Earlier this year, they took those ideas to actor Luke Farley. He was immediately inspired; before long, they had created an immersive, collaborative project made up of poetry, photography and video, entitled Smokescreen of Being and premiered here exclusively on HERO. 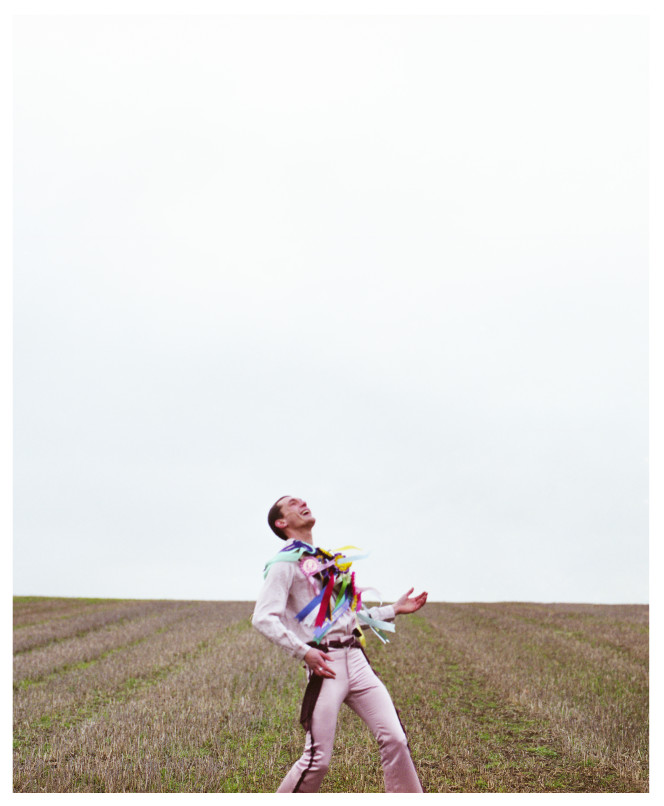 At the heart of the collaboration is an unwavering belief that men should be encouraged to redefine masculinity on their own terms, and express themselves freely without fear of judgement. “We believe that men feeling vulnerable and emotional should be natural, not something to be afraid of,” the designers continue, “There’s a sense of freedom in having a desire that has never been labelled.”

This message resonated with Farley, who says that society isn’t always accepting of men who don’t act how we expect them to. “I feel it’s really important to expose the deep vulnerability that sits within common masculine representations, and how unwelcome you can feel when you express something outside of the norm. You end up feeling vulnerable when you’re actually doing something that you’re really comfortable with.”

Visually, these themes are represented through a series of Farley’s self-portraits and an emotive video, which can be viewed in full below. Stylist Kit Rimmer came on board to interpret the emotion of each photograph through fashion, focussing on the idea of how we express ourselves through imagery. An accompanying poem adds yet another layer to the multi-faceted project, which the designers describe as a call for “a rebirth of understanding towards masculinity, and a certainty with self.”

Danshan may be just a few seasons old, but already the designers are homing in on their mission to redefine the way we see and conceptualise gender in fashion, and in life more generally. It’s not an easy project, but it’s one that Farley advocates for via his poetry: “Ever moving, I feel masculinity’s face warps in a mirror stirred by vulnerability.” These themes bleed into Luke’s poem Smokescreen of Being, which is published in full below.

Behind the smokescreen of being, Be
Set free claustrophobic notions of
The barely visible, bed bound bedlam,
Body, crumpled & Matted, distressed & Disorientated

The King The Queen The Prince The princess
If left in a state repressive,
Thoughts rigid, unable to digress
Towards a place of stability

Fragility frowned upon, gone
Go, stay away! Contemplation denied
to fester for another day
Sure in hope of another day

Form, texture, pose
From the pits arose
Arisen, judgments pass
Over a not so wondering heart

Signs of the outside
Time guide, Space guide
Don’t dare hide the fear
To confide, for it will be you who lied

Emotions an array balancing
Wondering which way they’ll take
The unbalanced body, obscured
By a false sense of necessity

The house that holds a past path behind
Reflection is tender, a certain soft centre
Sentimental as the present presents itself
Before an unfolding future.

Now at a crossroads, remember
Look, listen, discern
Poignancy perforates that that
Matters amongst matters unmentionable

The jubilation of overcoming apparent
Free in the fields, jump for joy
Clouds caught not scooped aside
Freedom is the desire for unlabeled euphoria.

More information and an e-shop can be found on Danshan’s official website.