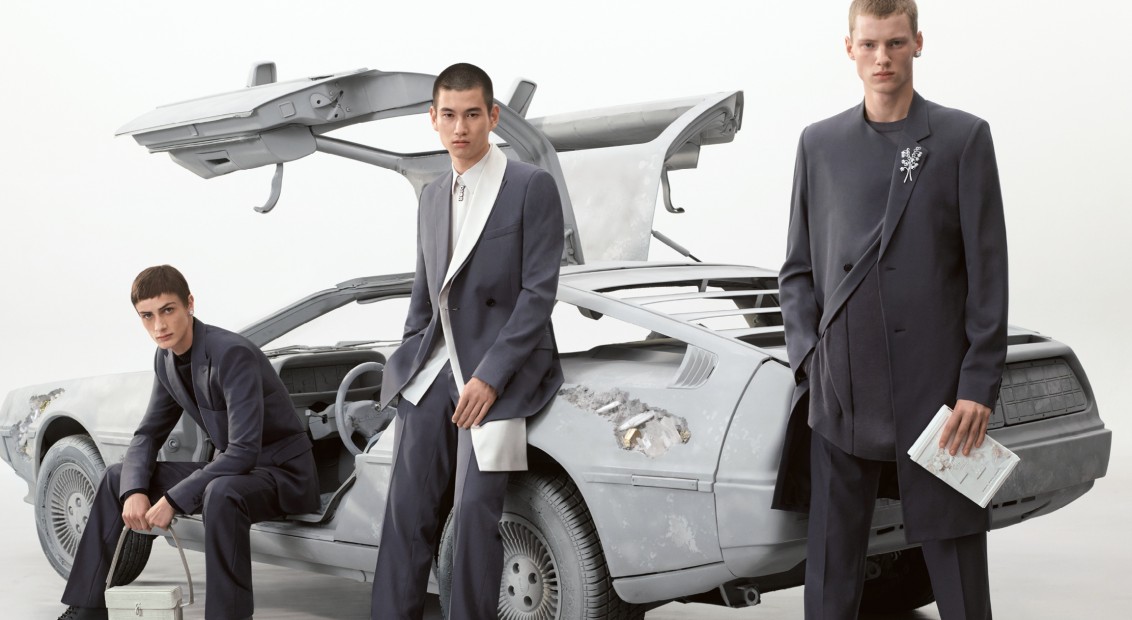 Dior’s DeLorean Dream: Kim Jones looks back to the future for SS20

Past and present, old and new – the paradoxical practice of US artist Daniel Arsham, who designed Dior’s show setting this season, sets the mood for the house’s new SS20 campaign, shot by Steven Meisel. 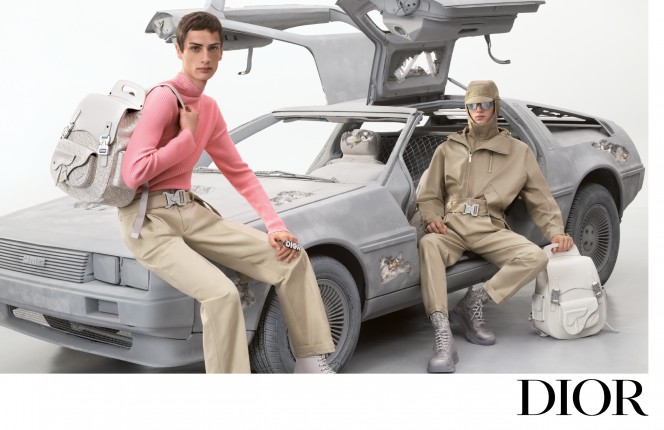 With a DeLorean as its centrepiece – the car best known for its time-travelling capabilities courtesy of Marty McFly – Arsham’s ability to give any object the appearance of having been recently excavated from a Stone Age burial site only adds to the distorted sense of time. The effect is, of course, an intentional one. ‘Timeless’, ‘heritage’ and ‘future’, are all major buzzwords for Kim Jones‘ Dior and this campaign embodies all three.

From Lily of the Valley symbolism – a reference to the lucky charm flower of Dior’s founding couturier – to the Dior oblique canvas, designed by its then creative director, Marc Bohan, in 1967, past pillars of the house meet contemporary revisions in the form of the saddle bag and newspaper print. The resulting imagery sees philosophies of both artist and designer converge in one age-defying stand against time, ushering in the future with a look to the past.