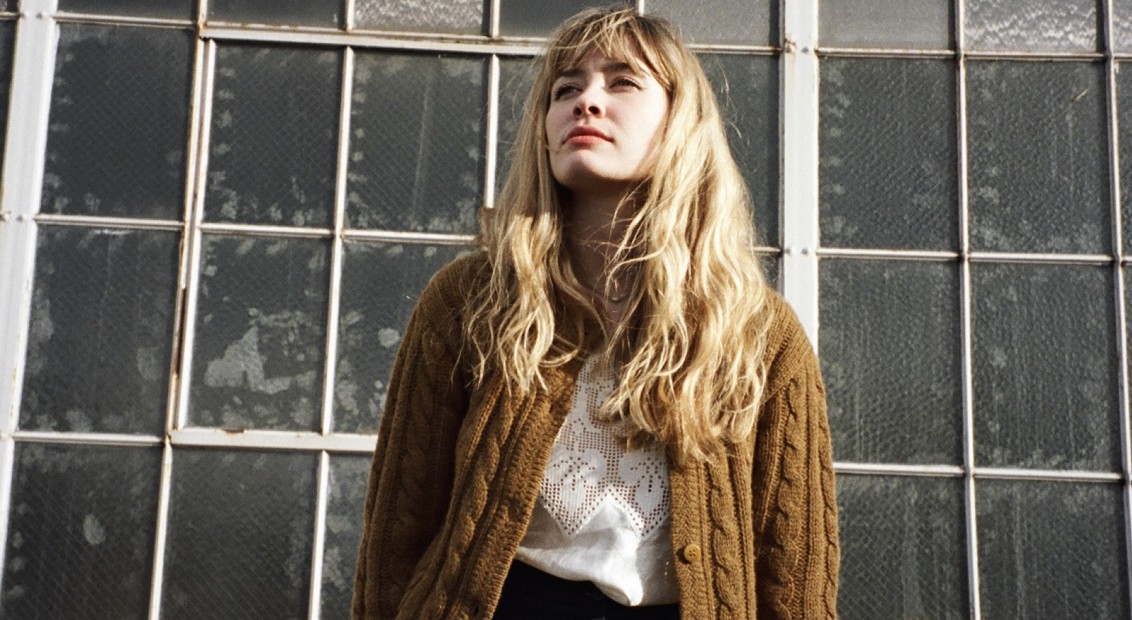 Lightning has struck twice for Alexandra Savior, but such occurrences don’t come without a story. Upon the release of her debut album Belladonna of Sadness a few years ago, it seemed like everything was falling into place for the young artist – even to herself – but just like the music she writes takes time to simmer, she also had to wade through a period of uncertainty, and ultimately growth. Barely out of her teens, Alexandra already had email exchanges with Courtney Love and collaborations with seasoned professionals under her belt, yet she didn’t understand the role music played in her life, or how to make it work for her (instead of for everyone else).

After recently signing to Danger Mouse’s 30th Century Records, her sophomore record The Archer is the perfect symbol for a young woman that now understands any luck that’s come her way was earned and not just by happenstance. Produced by labelmate Sam Cohen, the album oozes all the moodiness and eeriness of her debut, but importantly acts as a vessel for Alexandra to own her ideas and creativity without feeling the need to hold on so tightly anymore. These new songs aren’t a reflection of others, but as she explains below, they’re a reflection of self, and all the good things that go into making that possible.

Clementine Zawadzki: Hi Alexandra, whereabouts are you at the moment?
Alexandra Savior: I’m in LA.

CZ: Do you still feel conflicted about LA or has your perspective shifted?
AS: I think I’m a lot less insecure than I used to be. I have a lot less anxiety going out in public and stuff than I did, but it’s still not ideally where I would want to be living, but being here has also brought me so many opportunities. I think for the time being – until I can get more of a foot in the door – this is where I’ve got to be.

CZ: It feels like we’re speaking at a really exciting time for you upon signing with 30th Century Records. What happened between the release of Belladonna of Sadness (2017) and this new batch of songs?
AS: After my debut it was kind of a bumpy ride and I ended up getting dropped from Columbia Records. I submitted some demos about a year later and they’re now my second record, but Columbia rejected them. So my manager quit and I was pretty much just on my own. I was living with my Mum in Oregon and I just kept writing as much as I could and tried to send my stuff around. It was a strange feeling to start getting recognition and then all of a sudden everyone was kind of rejecting me and telling me that I had failed. It was hard to deal with. I started going to school and when I had first started taking my classes Brian Burton from Danger Mouse was in town. He’s an old friend of mine and he asked if I’d come sing on a Broken Bells track. I went to James Mercer’s house and he asked if I could send him my demos, and within a couple of weeks I was in New York recording my album with Sam Cohen. It was pretty much a whirlwind.

CZ: You’ve spoken about the need to be in control as an important element of your artistry. Does that still feel relevant to you?
AS: I’ve definitely relaxed. At the beginning it felt like a coping mechanism was to take control of every single aspect of my project, and I think as I get older and busier, I don’t feel as worried about that. I’m also in a situation where I trust the people I’m around and who I’m working with. It feels like I can relax. Sometimes it feels like it’s a lot of pressure to be some sort of specific identity or to know exactly what I want to portray to other people. I just want to be myself. It’s tricky because you’re growing through your art, but in a very public way. As an artist, there are a lot of things you hate about art that you made earlier on and having it all released is like your mum showing pictures of you as a baby to your new boyfriend.

CZ: Did you feel like maybe your working environment at that time didn’t allow space for you to just be yourself?
AS: Yeah, I started doing this when I was sixteen and I got involved in the music industry really early on. I was so young and impressionable, and I think everybody was just trying to coerce or manipulate me – probably harsh, but probably not far off – into being another version of somebody else. It was hard because I felt panicked to hurry up and figure out who I am. I didn’t realise that I was already an artist and there was no need to change.

“It was a strange feeling to start getting recognition and then all of a sudden everyone was kind of rejecting me and telling me that I had failed. It was hard to deal with.” 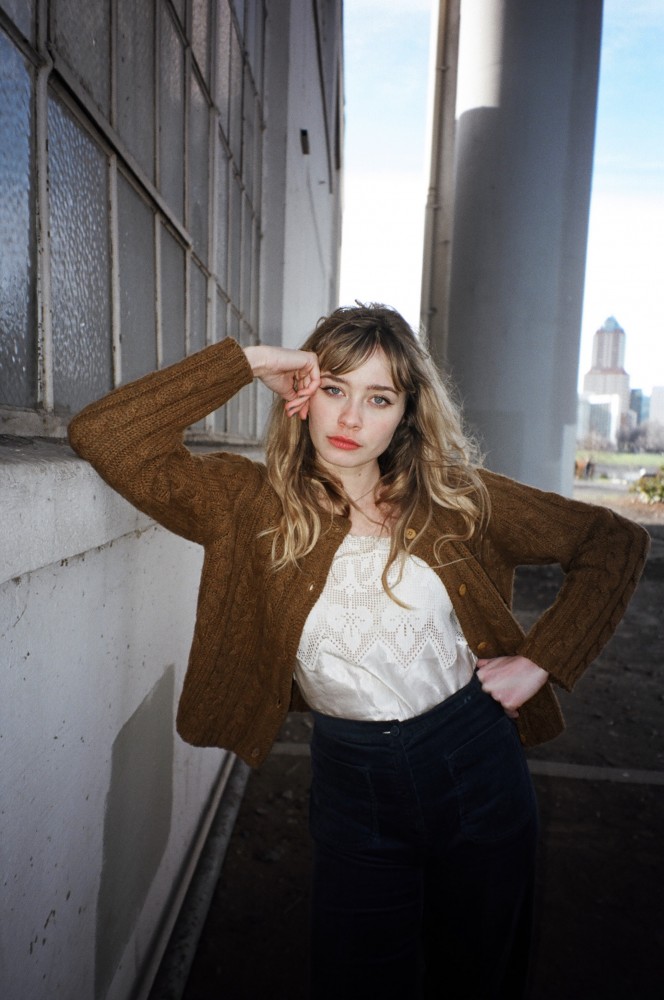 CZ: Being so hands-on with everything down to your merch, which is so intricately designed and personal – hand sewn underwear and drawings on t-shirts. Do you always feel ‘on’ in a sense?
AS: Usually I manically decide I’m going to start a project and then I go to the craft store and do it all in one day. Sometimes you need a break from writing music and you need to go into different mediums to keep yourself inspired and keep your creativity going. I think merch is a fun way for me to do that. It feels productive even though I’m sewing underwear or whatever.

CZ: So would you say you’re creatively quite impulsive?
AS: A lot of times I shock myself with that, where I just start making something, and then I’ll pull back from it for a few days, process it, and then realise what it’s about. Initially, it feels like a burst of emotion and inspiration, and then later I go in and refine what I’m trying to evoke. I guess I’ve been realising that I can be very avoidant of responsibility recently, because I really feel like I should be productively writing right now and I’m finding ways to avoid that because I think I’m afraid that if I start writing I’ll write something bad. It’s this cycle I’ve noticed throughout my life of avoiding creation for periods because I’m afraid of failing, in a way.

“It’s this cycle I’ve noticed throughout my life of avoiding creation for periods because I’m afraid of failing in a way.” 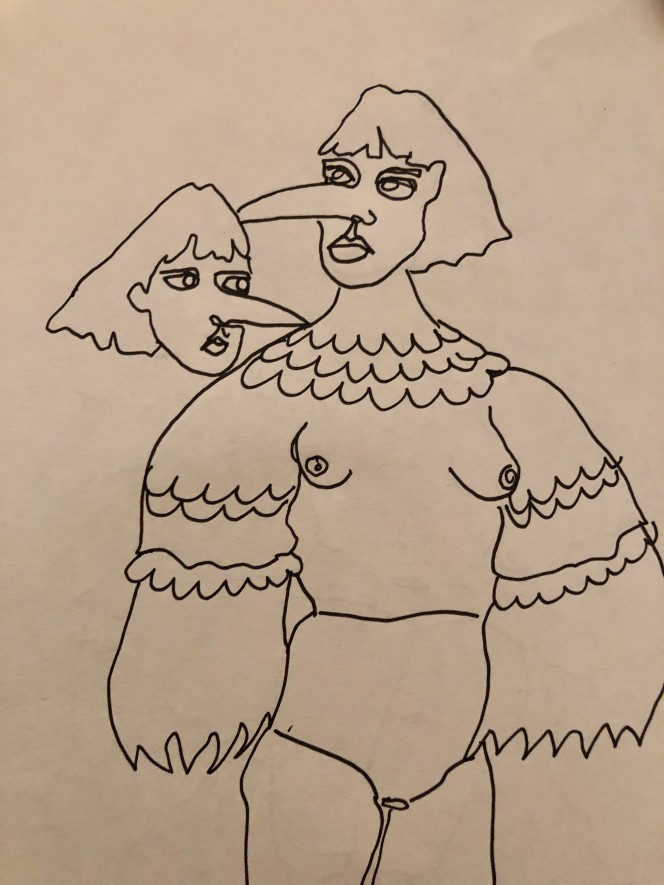 CZ: When you first emerged, your songs and image were linked to the fact Alex Turner was involved in your output as an artist. Was it frustrating for something that was yours to be linked to someone else?
AS: Yeah, I mean that was torture. It was difficult, but I also understood that I was an adult and I put myself in that position. I kind of got swept away into this project and I didn’t really understand what was going to happen. I guess my perception while I was making it was totally different from what actually happened. I didn’t realise it was going to be so much about him. What was hard was I’ve never been in a situation where I wasn’t asked about Alex, but Alex has never been asked about me. I made that record just as much as he did.

CZ: You’ve collaborated with many other artists. Do you enjoy the process?
AS: I just want it to be easy and relaxed. I think a lot of people overthink music and take it really seriously, and I think I used to do that when I was first starting out. I’ve realised that it’s about enjoying it; so being in a collaborative relationship where you can have fun is what I’ve been looking for the most.

CZ: What themes have you found yourself drawing on for your second record The Archer? Is it a different process to the way you worked before?
AS: I think I just write about what I’m going through in my life now, more than when I was writing my first album. I didn’t have that much life experience because I was only eighteen, so I would write about characters in books and this fantasy world. I feel like I can write more from a personal standpoint than I used to. I think with one of the last songs I wrote for my new record Soft Currents, I didn’t take it very seriously because it came so naturally. I think that aspect of it made me feel like it was ‘professional’ enough or something. After I stepped back, I felt good about it and about feeling more fluid and comfortable with my expression.

CZ: What are your touchstones when writing from a character perspective?
AS: When I was writing the first half of my second record I was reading a lot and I got pretty obsessed with films from The Criterion Collection and all of that. I’m really interested in serial killers and dark characters that have intricate psychological patterns. I just think villains and antagonists are very interesting, so I wrote a lot about that.

CZ: If you were to give The Archer an identity, what would it be?
AS: To me, it feels like I’m expressing my independence. I write a lot about being in very controlling relationships and characters in my life that were predatory and manipulative, and I feel like I have escaped that hold. I’ve grown and become stronger.

CZ: So if you previously felt music was something that just ‘happened’ in your life, do you feel it’s more deliberate and purposeful now?
AS: Yeah, I think I now recognise music as a way for me to use all of my artistic interests and bring it all in to have a refined vision for myself as an artist. I think music is at the centre of that. At the beginning, I was just a kid who sang a song on camera with my friend on a Snow Day. It wasn’t intentional, but it’s a way to use all different mediums. I’m glad it’s in my life.