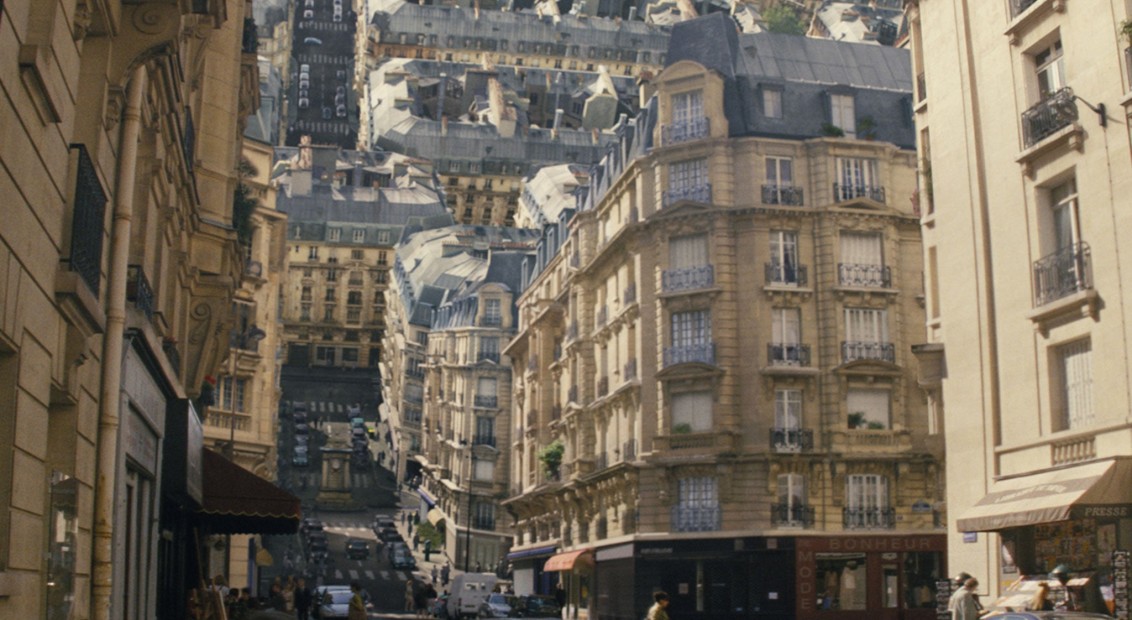 Across a career spanning over twenty years, Paul Franklin has proven himself a leading figure in the field of visual effects, regularly masterminding some of the most visually arresting cinematic moments at the largest end of the production scale. Beginning with the pioneering Double Negative Visual Effects company, which he co-founded in 1994, his work soon caught the eye of Christopher Nolan, for whom he has been a shoo-in ever since, helping realise the British director’s most ambitious visions and picking up two Academy Awards in the process (Inception & Interstellar).

As mediator between script and director, Franklin coaxes out imaginative threads, abstract ideas and fictional concepts to deliver them on-screen with seamless authenticity. From black holes and dystopian cityscapes to magical realms and dream states – he presents the improbable as plausible, the outlandish as everyday.

Whether acting as VFX supervisor or consultant, the highly collaborative and experimental nature of his job requires constant innovation, picking the brains of theoretical physicists, engineers and architects to achieve something that’s often never been done before. Ahead of his appearance at The Architects Underground, a new weekly initiative organised by RIBA that brings together leading voices from the creative arts, Franklin takes us through five of his proudest achievements in VFX.

Harry Potter and the Order of the Phoenix – Department of Mysteries

“One of our really big scenes in the film is when Harry and his friends infiltrate the Ministry of Magic and find themselves in this extraordinary room stacked with shelves that are full of prophecies. Early on we made a decision to go entirely virtual with that scene, so we shot the kids on a green screen stage. That gave us the freedom to design the lighting very specifically and give life to the prophecies themselves. The movement inside the prophecies reflects the action of the scene, so as things get more intense with the Death Eaters showing up, the prophecies become increasingly agitated.

Where it really paid off is where we destroyed the whole thing. We had to write some pretty clever custom software to be able to control the way the shelves collapsed in that domino effect and the way the prophecies release gas as they shatter. It’s quite straightforward to do that sort of work now, but back in 2005 it was pretty much cutting edge. My primary reference was the burning of Atlanta in Gone With the Wind, where they’re racing through the city as it’s burning all around them. They did that back in the 1930s by burning down the old set of King Kong, and what I always loved about that is you can see the structure collapsing and as it collapses it retains what I call a bit of coherence, you can see the shape of the building even as it burns.”

‘Our big challenge was to give our visual effects version of Gotham the same level of photographic authenticity that the principle photography had. It was the first time I’d worked with Chris [Nolan] and the first time he’d ever done any substantial amount of visual effects in a film. If you think about films like Memento, Following and Insomnia, they are very much based in the real world. That’s not because he dislikes visual effects, he just prefers to use them where he thinks they will really count.

So Gotham city had to feel like our principle location, which was Chicago. We had to use state of the art visual effects to create the vistas of Gotham city that stretch off into the distance because the reality of Chicago is that the tall buildings exist within a square mile area but we wanted this city to just go on to the horizon. The biggest challenge with Gotham City was not actually the technical part of it but creating a city that looked authentic, where you felt like those buildings were really there.

What we found was if we just placed buildings randomly one after the other it didn’t look convincing, it was missing the rhythm that a real city has. We decided to take the layout of Chicago’s downtown city blocks and populated these plans with buildings from the architectural library Because they’d been laid on similar principles to reality, we started getting a city that was a natural extension of Chicago itself.” 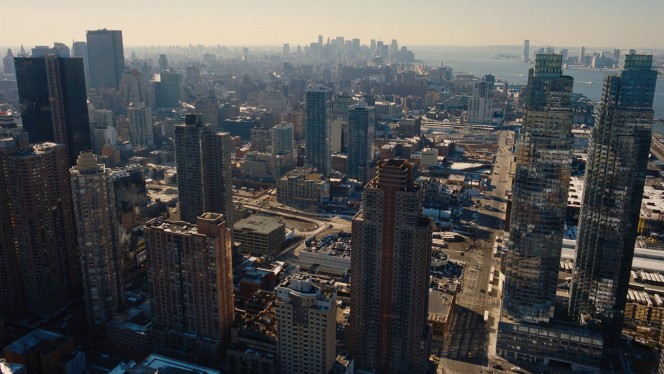 The Dark Knight – The Batpod

“We had a particularly challenging moment where the Batmobile gets destroyed. You think Batman’s finished but he then presses the eject button and the front of the Batmobile explodes off and reconfigures itself into the Batpod. The special effects team had a go at figuring out how to extract the Batpod from the crashed Batmobile and came up with a very interesting mechanism but it was very difficult to work with the violent force that they needed in the film. So the moment the Batmobile starts reconfiguring itself and the Batpod erupts from the car is completely computer generated.

We had to come up with a mechanism that would explain how this thing could assemble itself in a way that feels plausible. It’s over and done with in a second but if you don’t put that effort into it, paying attention to the logic and rules of how this thing works, it becomes absurd. Would it work in real life? It would be tricky [laughs] but we sell it with enough conviction that audiences believed it.”

“Chris invited me to read the script when we were in Hollywood for the Oscars – I spent the first half-hour just re-reading the first ten pages, trying to figure out what was going on [laughs]. The great thing about Chris’ scripts is that they’re very descriptive without being prescriptive – he wants you to engage your creative faculties and become a partner in the process of making the film. The script mentioned that Ariadne [Ellen Page] begins to manipulate the city and the street begins to rise up to form a cube, which they walk up. The only thing Chris said to me was that he didn’t want it to feel plastic or rubbery.

I suggested something we both saw making Batman Begins in Chicago – the scene when the Gotham cops raise the bridges and cut off The Narrows island. We actually physically raised all those drawbridges simultaneously, and if you’re standing in the street, one of these big art-deco canyons and you’re looking towards the river, you can see the bridge rising up and it’s like the whole world is folding on a hinge. Chris thought it was a great idea and that became the basis for the shot. We took around two million photographs of that area in Paris and scanned it down to a millimetre level of detail, from which we built an extremely detailed digital model. It’s such an arresting image that it very rapidly became one of the key images from the film, and it’s sort of passed into pop-cultural consciousness.”

“Interstellar began as a film originally devised by Kip Thorne, who was our scientific adviser on the movie. Kip is one of the great theoretical physicists of all time, he won the Nobel Prize for physics in 2017 for the discovery of gravitational waves and proving one of Einstein’s theories – which even Einstein said would be impossible to prove. He wanted to really take ideas from Einstein’s original theory of general relativity and push them further.

Over a period of six months there was a daily exchange of emails between Kip and our research team which led to the development of a new piece of software that could correctly calculate the B paths through gravitationally warped space. That is what creates the image of the black hole that you see in the film. There’s a bit of art direction going on with the colour and the exposure, but the geometry of what you’re seeing is being driven by Einstein’s physics. So that became the cornerstone of our approach to the cosmology in the movie, representing things like the wormhole and the blackhole and also just our representation of space itself, we wanted it to be as accurate as we could be within the confines of the story.”