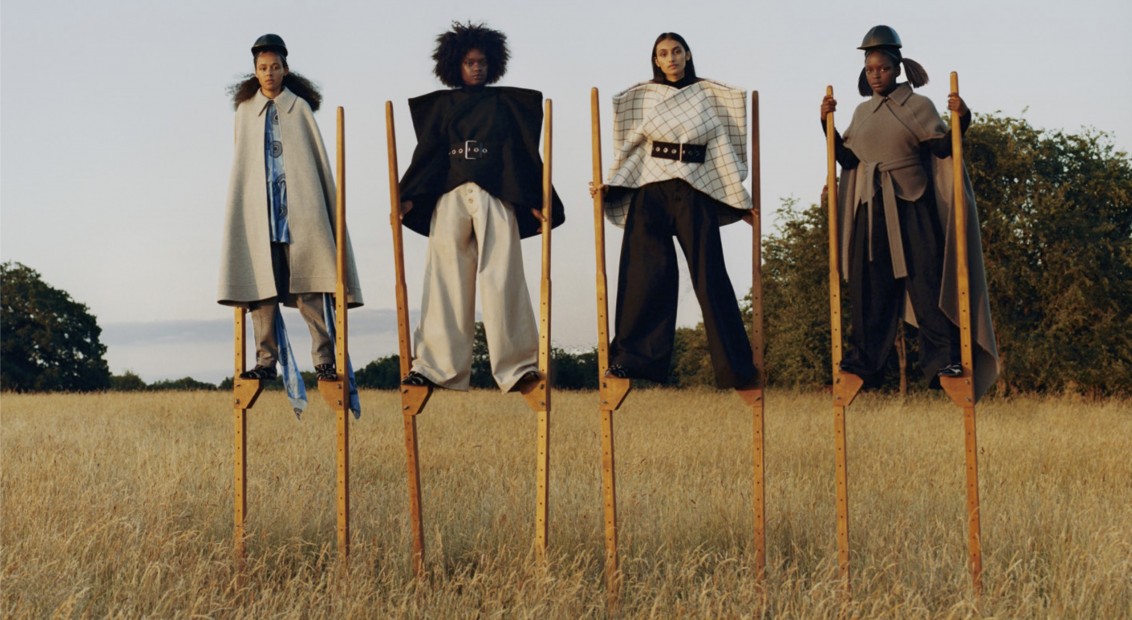 Back in February, Jonathan Anderson said he’d been drawn to “The idea of women walking on clouds,” for his FW19 collection. In the newly released corresponding campaign, that very notion of fantasy and boundless imagination is played out on stilts – not exactly stratospheric but every bit as striking.

Shot by Tyler Mitchell and styled by long time JW Anderson collaborator, Benjamin Bruno, the images are set in bucolic English countryside, where fledgling models Krisha, Djeneba, Rose and Enomha – all of whom were streetcast for the campaign – levitate above the fields. The strong silhouettes that characterised Anderson’s vision for AW19 will double up as totemic figures on the facade of the designer’s forthcoming London Soho Flagship store, scheduled to open in February next year. 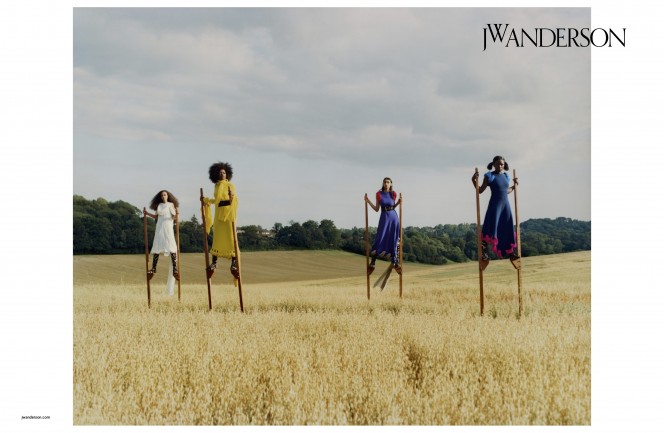