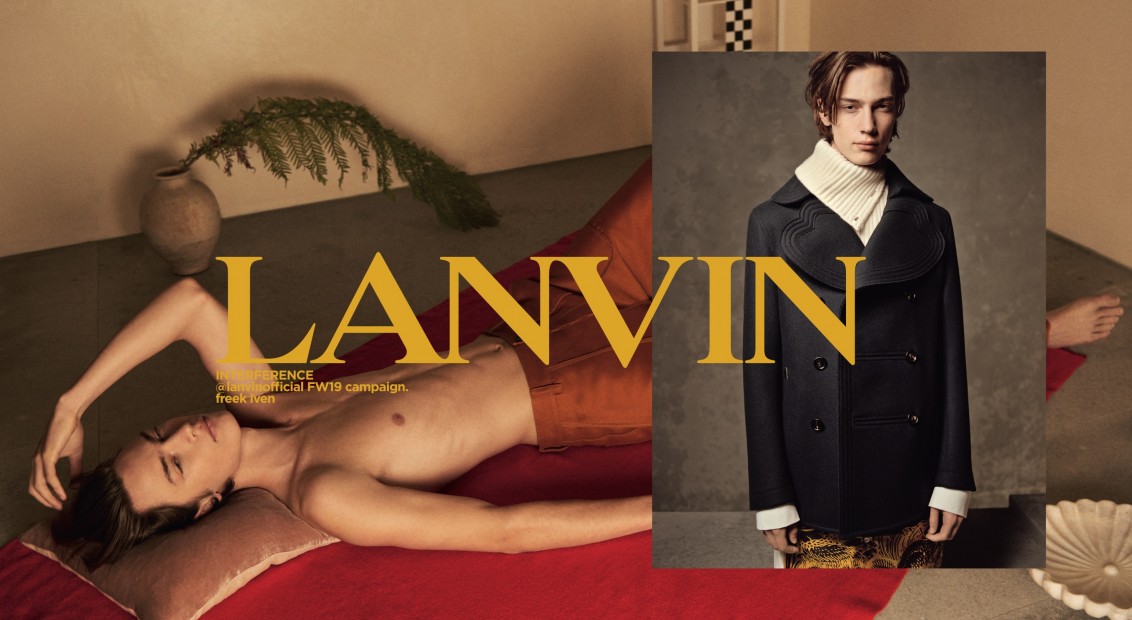 Echoing the blend of historical references from his inaugural FW19 collection at Lanvin, Bruno Sialelli’s debut campaign for the storied house is an equally eclectic remix of eras, styles and symbolism. 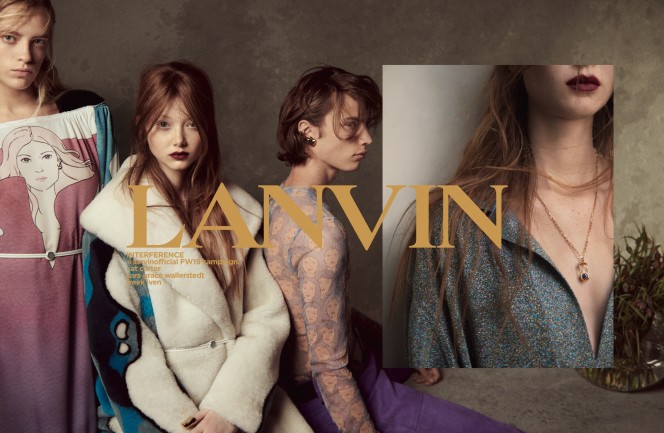 Shot by Glen Luchford and under the creative direction of Petronio Associates, the “mystic pilgrims” that walked the 14th century flagstones of the Musée de Cluny (now France’s National Museum of the Middle Ages) are transported to a more historically ambiguous location. Lounging on soft furnishings in warm yellow alcoves, they appear refracted through a prism of artistic styles and traditions, with group shots overlaid by individual portraits. From pose to composition, the formal language of each image mirrors that of the artistic epochs Sialelli has drawn upon since taking the helm at Lanvin.