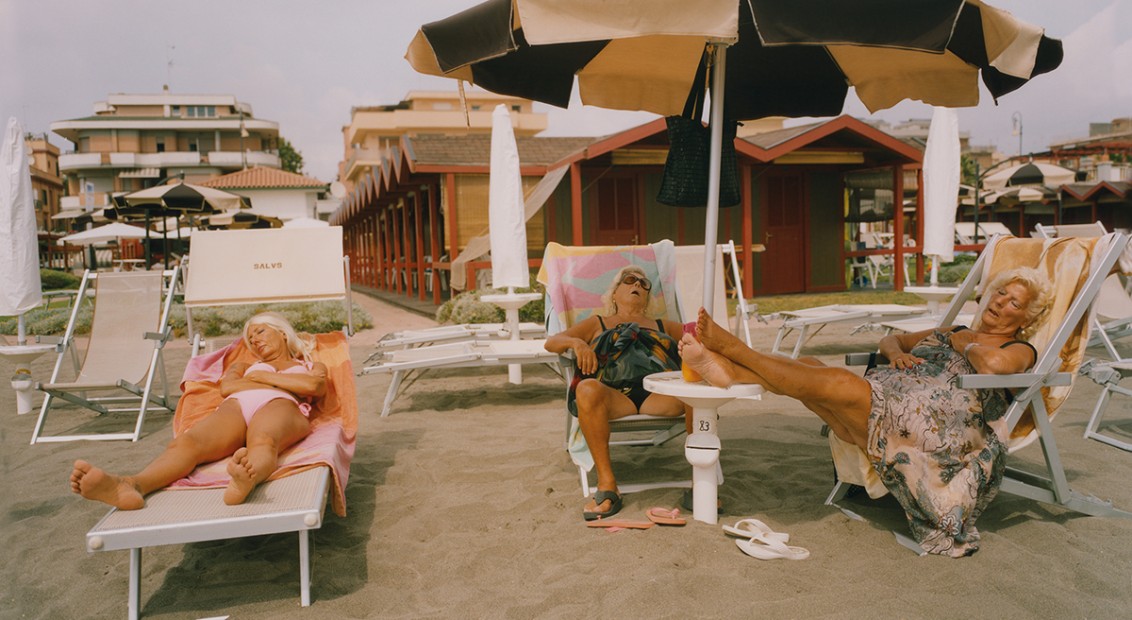 Bellissimo is the joint brain-child of London based photographers Paolo Zerbini and Ivan Ruberto, a new socially investigative venture that, in the words of their manifesto, “is dedicated to glorify the understated… Looking for style and character in places often ignored, but where people unapologetically follow their strong sense of aesthetic, whatever that might be.”

With Li Von Euler acting as guest art director for their inaugural issue, Bellismio is a project with plenty of promise. Part anthropological ethnography, part niche travel guide, each addition is dedicated to an overlooked location and its inhabitants, inviting participation from locals and combining photography with long-form articles and contributions from local guest experts.

With documentary-style portraiture at its heart, Bellissimo starts its journey in Ostia, Italy, “A place no one but a Roman would choose to go on holiday.” Situated on the outskirts of Rome along the Tyrrhenian Sea, it’s the kind of outdated and unfashionable destination – full of quirks and zany characters – that Bellissimo seeks to draw attention to. With respected actor, beauty contest presenter and famed Ostia local Angelo Blasetti as its guest writer, the issue is designed to accompany you to the beach, after which you are in the hands of Blasetti, who will guide you through your perfect sunset walk and the charms of Ostia’s nightlife. 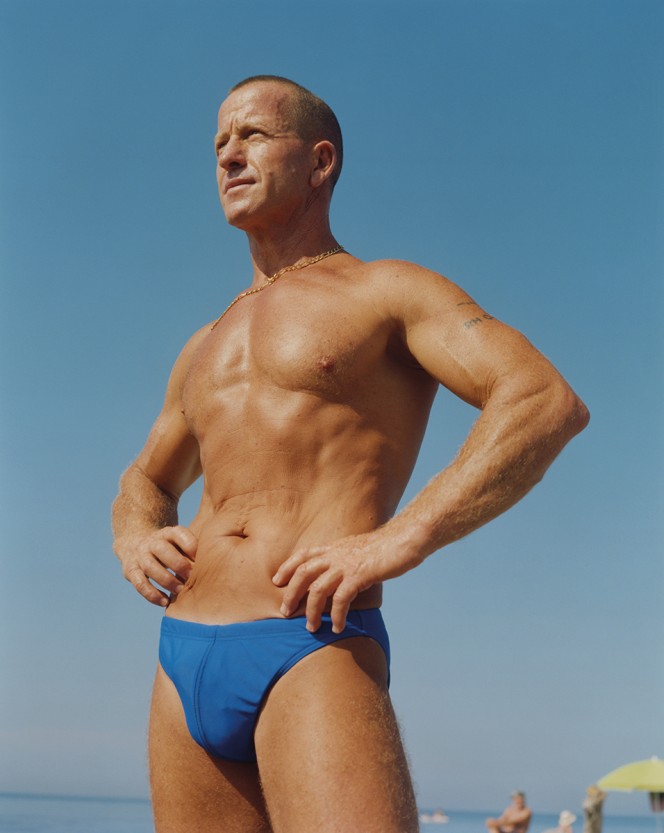 Finn Blythe: What kind of conversations did you have before starting Bellissimo? What did you set out to achieve?
B: Hello,  thank you, and congratulations on your purchase. If you’ll agree, Bellissimo itself will answer these questions, as its own entity. Firstly, because Bellissimo is a thing of its own, a creature, a living thing, a capsule collection. Secondly, because Ivan and Paolo are busy with meetings and can’t come to the internet. The conversations were frequent and ambitious, they were fuelled with laughter and Campari (please drink responsibly) and most of them are now unfortunately lost. What is left and what came from those conversations is Bellissimo the object (available at your nearest high-brow bookstore) and Bellissimo the ideology – both are quite affordable.

FB: Bellissimo has quite an anthropological tone, examining the understated and everyday, a sense of identity and home. Why is this kind of photography important?
B: Bellissimo does not really examine what it portrays, it rather tries to be part of it: this is at the core of what it stands for. This is not an anthropological exercise, Bellissimo is life – lived large and at its fullest. Home and a strong sense of identity is part of what Bellissimo is about, the aim of this project is to elevate the locally sourced and preserve what’s rich in vitamins; mainly oranges and pasta carbonara. 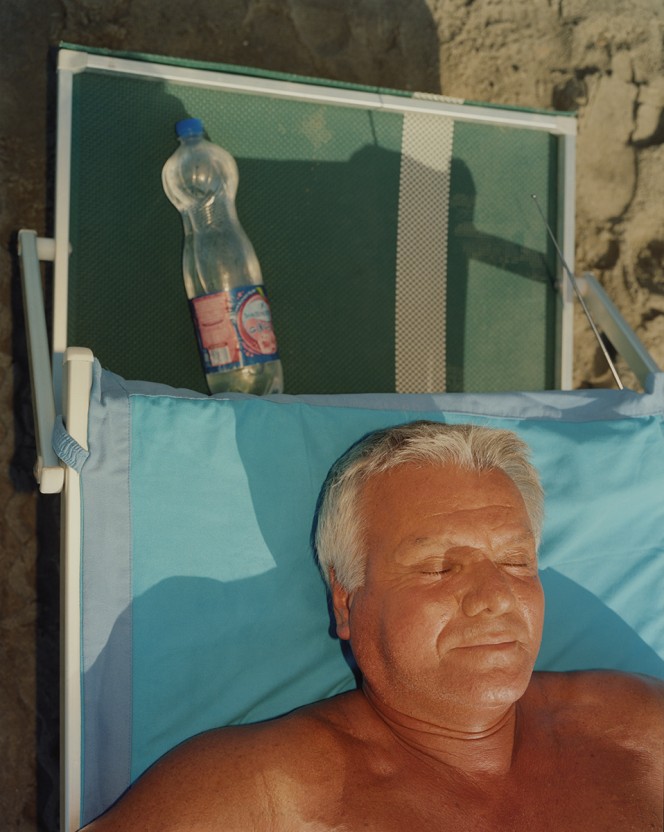 FB: There’s a collaborative element to the publication, inviting residents to contribute and express themselves. How does this fit in with your manifesto?
B: Thank you for this question, as this point is key to the very essence of Bellissimo. As mentioned before, Bellissimo takes part in what it portrays, or at least it tries to. The publication navigates a specific reality through the eyes of those who would want to be transported there. Our subjects are aware of what Bellissimo does, and are often invited to be part of it or to support it (all major credit cards accepted), this is because Bellissimo wants to elevate and glorify its subject, not to exploit or take advantage of them.

In the life of its creators, Paolo and Ivan, Bellissimo represents the need for something solid and genuine, away from the late bars of Hackney and the glitz and glam of their incredibly successful careers. Bellissimo wants to burn all the corruption and the fashion credits and the full looks and the small Italian advertisers (big fashion houses welcome) and make photography great again. Bellissimo is the reality you are giving up, luckily someone is making a fake magazine about it.

“Bellissimo wants to burn all the corruption and the fashion credits and the full looks and the small Italian advertisers (big fashion houses welcome) and make photography great again.” 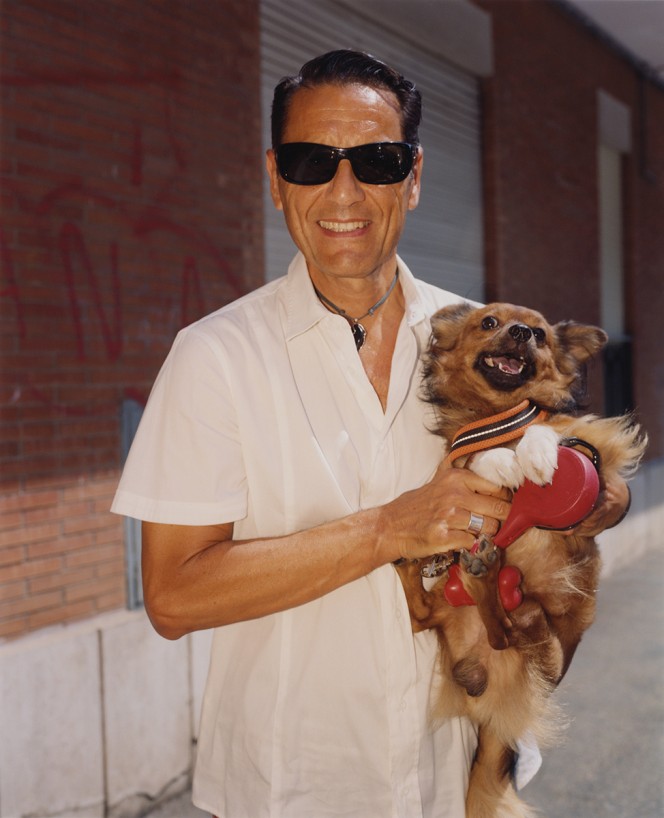 FB: How will you decide on locations? What attracts you to one place over another?
B: Bellissimo will not decide, it will act out of reflex to its surroundings, often in quite an unreasonable white wine kind of impulse. Decisions are taken very lightly inside the Bellissimo World Inc. and everyone is darn serious about keeping it that way.

FB: How would you describe Ostia to someone that’s never been? What makes it special?
B: Very clever, thank you. You really have to buy Bellissimo to get this answer. Nobody, not even Bellissimo can synthesise itself so efficiently as to give itself away in a few words.

FB: When it comes to social documentary photography and street photography, who do you both particularly admire?
B: There are a couple of famous names but copyright might come to a pickle. More in the underground scene we really love the work of a German engineer from Siemens who has recently taken on photography to document the swingers parties he attends with his wife. More of that a little down the line.
Thank you, and goodbye.

Issue one of Bellissimo will launch on the 11th July in Milan and 17th July in London.
Explore the Bellissimo website here and follow them on Instagram here.