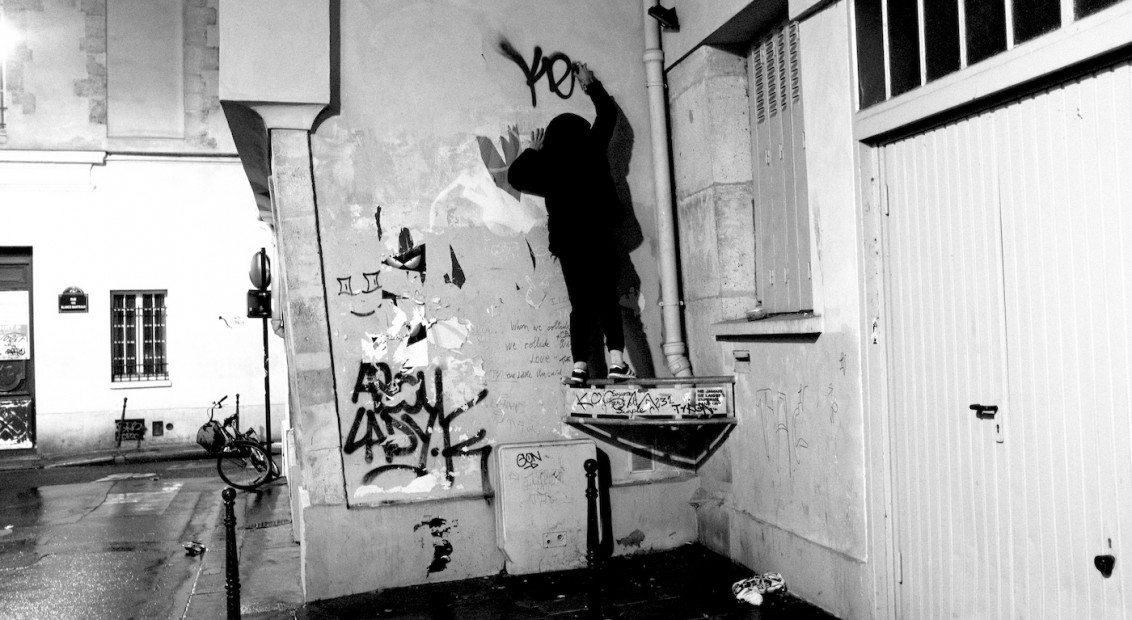 Marc Vallée has been documenting graffiti artists for years, exploring their work, behaviour and relationship with their environments. The latest chapter of the London-based photographer’s work took him to Paris, where he documented a graffiti writer going about his work at the dead of night.

Titled Down and Up in Paris, the series takes direct influence from legendary Hungarian photographer Brassaï’s 1933 work Paris After Dark, in which he documented the nighttime world of Paris’ Montparnasse district, populated by lovers and clubbers, sex workers, night shifters, rough sleepers and petty criminals. “Brassaï’s Paris After Dark has always been in the mix for me,” Vallée tells us. “Of course the subject matter resonates – especially the lone ‘underworld’ figures on street corners. But it’s the lighting and mood that blows me away. So before shooting Down and Up in Paris I decided to take a more considered look at the book. When I was shooting the writer tagging a wall at 4am in the rain I had Brassaï knocking around in my head. For me it’s a respectful nod to the past at the same time as documenting something uncompromisingly contemporary.” 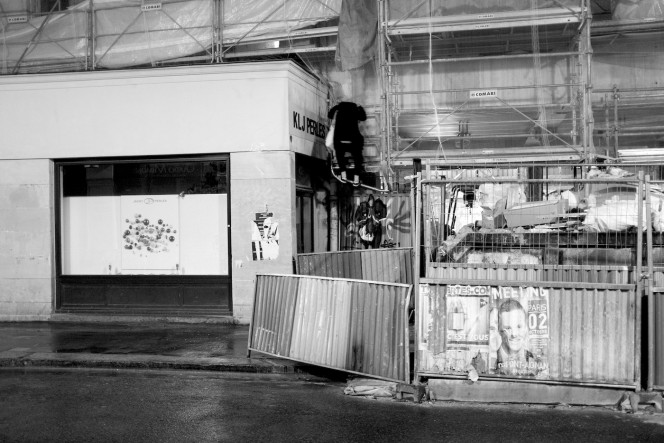 Although graffiti writers have an antisocial reputation, Vallée’s work explores the action itself and the ever-present tension between private and public spaces. He explained to us last year that the artists have a, “mixture of reasons and motivations, sometimes it’s the joy and rush of painting high up on a roof late at night, sometimes it’s just a big fuck you to the world and other times it’s something more considered.”

By following one specific artist during a night’s work, we’re privy to an action that usually goes unseen; a darting, faceless silhouette using the urban landscape to scream their message in total silence.

Marc Vallee will be signing copies of Down and Up in Paris on Thursday 21st March, 18:00 – 20:00 at The Photographers’ Gallery Bookshop. More info here. 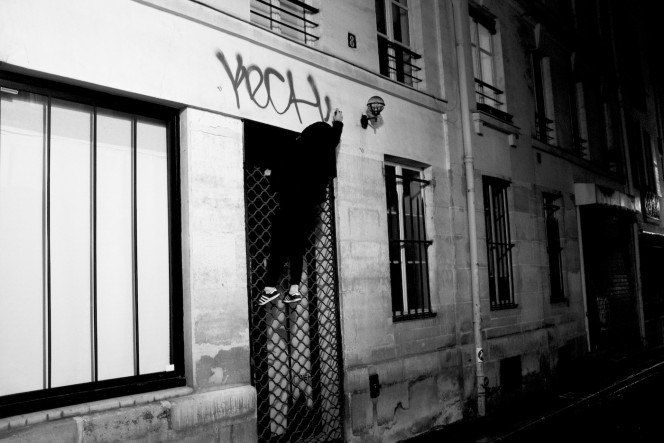