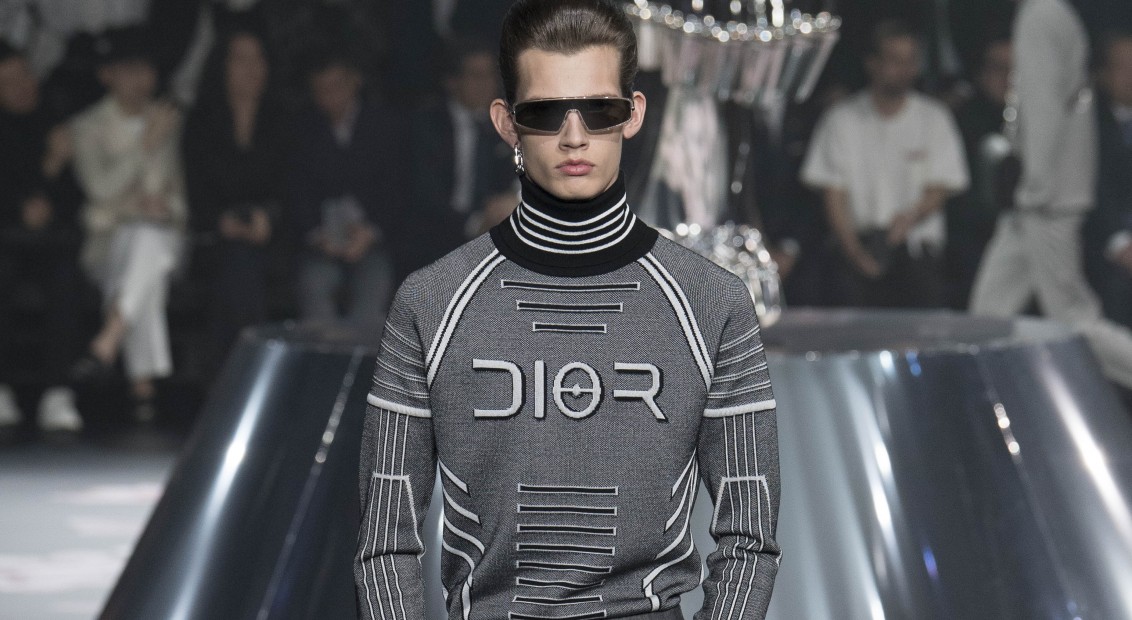 In bringing his sophomore collection for Dior men to the sprawling neon metropolis of Tokyo City, Kim Jones not only payed homage to the founder of the House, for whom the country was a bottomless pool of sartorial inspiration, but aligned his vision for the brand with that of the native cultural fabric: seamlessly blending tradition and innovation, sacred and profane, reverence and revolution.

Under the monolithic presence of a giant female figure, crafted as part of a collaboration with legendary Japanese illustrator and contemporary artist, Hajime Sorayama, models marched to the beat of Jones’ hybridised vision. Utilitarian tailoring, imbued with the unmistakable cross-cut kimono references informed the bedrock of the collection, while technical outerwear pieces and iridescent fabrics combined with pale, Sakura blossom pinks for a modernised update on century-old themes.

If the choice of location was an excuse to delve into the city’s hyper-modernity and unique sci-fi heritage, from Blade Runner to Godzilla and Akira, the moment was no better seized than the re-working of Dior’s holy trinity: Houndstooth tweed, the colour pink and the Panthère print, all expounded in new textures and forms, reinvigorated by fresh ideas. Sorayama’s erotic Gynoid bots (worth Googling) made up both the show’s setting and a new Dior insignia, while Yoon elevated the collection with an array of bold, industrial-inspired jewellery that echoed the metallic sheen of the collection. The below video, shot by Jackie Nickerson and exclusive to HERO, sheds light into the backstage fittings of the collection. 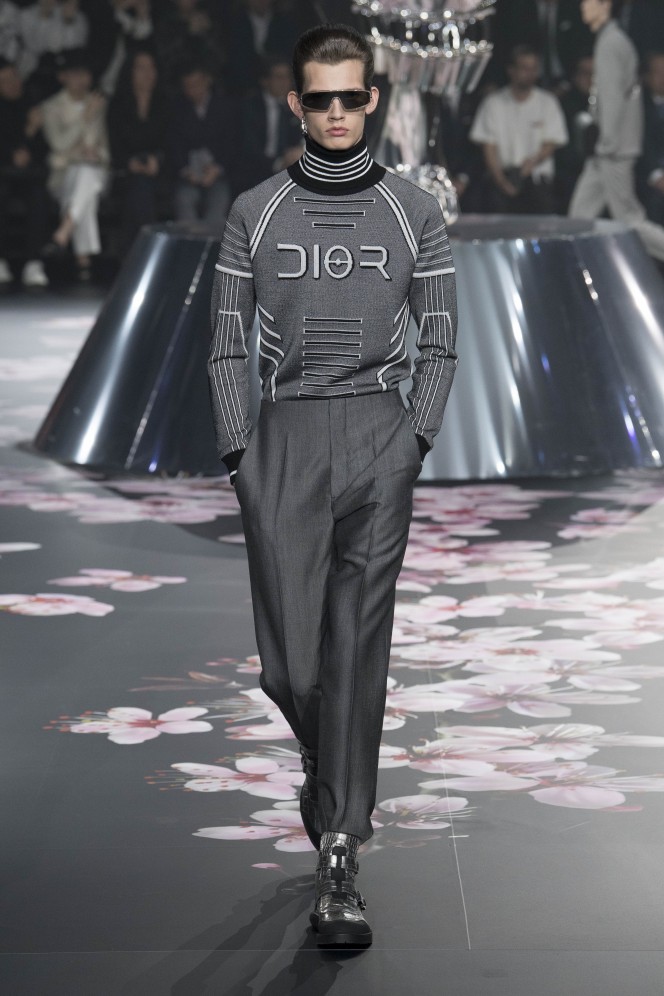