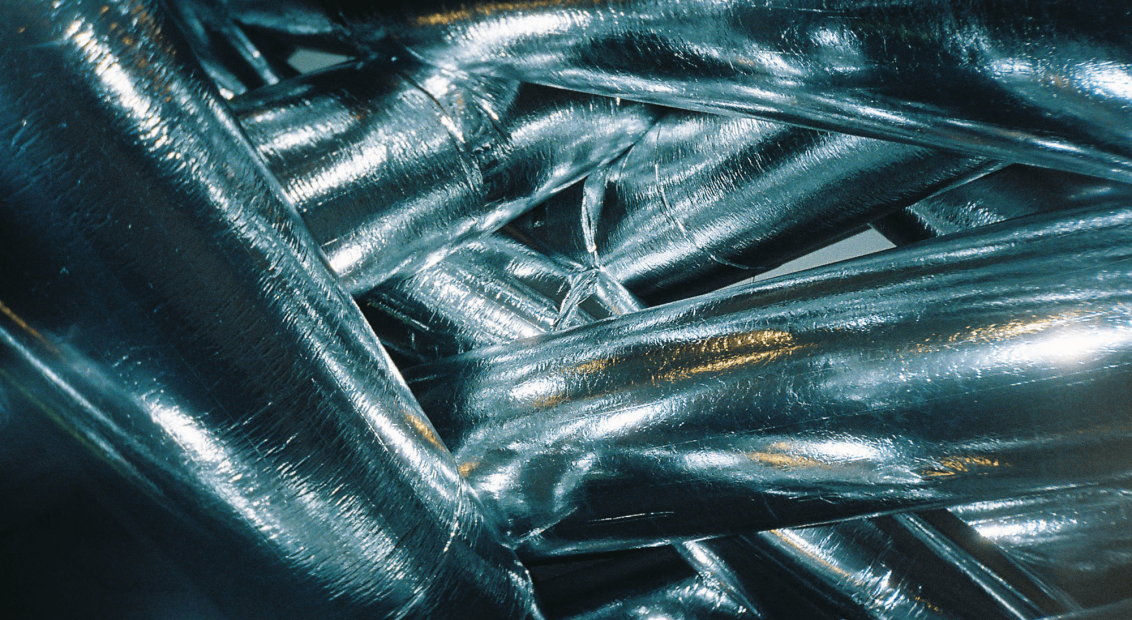 Juan Cruz is Dean of the RCA’s esteemed School of Arts and Humanities. Originally a student of painting, he moved into the educational side of things after having spent some time teaching on the side and gradually became more involved that side of the industry.

In his current role at one of the world’s leading Art institutions, Cruz has a unique perspective on how students navigate the art world, how schools such as the RCA look to guide them, and how the art world shifts in tune with each nascent generation. We sit down with Cruz to discuss these topics and more. 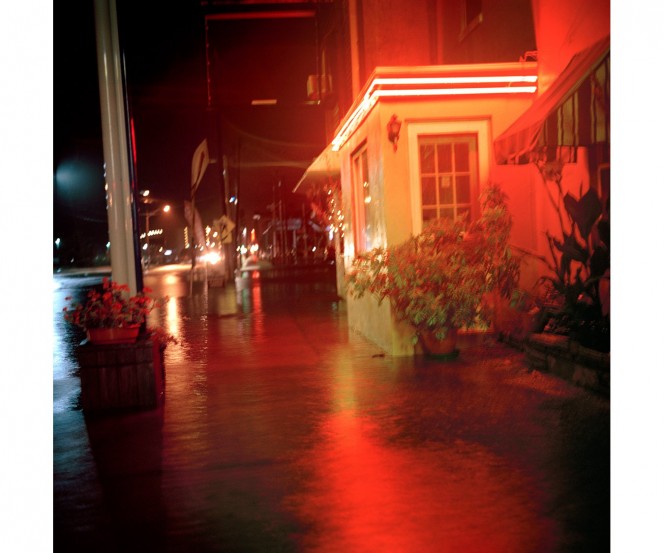 Amira Arasteh: During your time as an educator of the arts, how has the development of technology influenced your courses?
Juan Cruz: Well I think that the development in technology has influenced a wide variety of subjects and work. I’d say it goes across a number of fronts, for example, we have just established a research centre here at RCA, and are very much trying to bring technology right into the institution. There’s always the opportunity for designers and artists to collaborate with scientists; it’s all about what capacity we might have to develop that technology so we’re not always users. We’ve established that already in material science, intelligent mobility and a research centre around computer science looking at the future of robotics as well. A new building that we are currently embarking on in Battersea will have amazing facilities for visualisation, so it’s had a really significant impact. I think the thing with the RCA is that we try and marry two things; so we have people who are still working with clay and very basic, kind of ancient materials, and they’re working in hand with people who are using much more advanced technologies.

AA: And have you noticed that having an effect on your students?
JC: Something really interesting is that the way in which students use technology has become much more ubiquitous. Students now operate much more broadly, across a very wide range of workshops. You might have a print maker who suddenly decides that they’re interested in 3-D scanning and then produces 3-D prints. Technology has facilitated that movement across different areas because they have access to both the technology but also a vast amount of information. The pace of education has changed; an interesting aspect for us is to observe the production of their work but also the growing understanding of the influence that technology has on the distribution of work. Whether they are using their Instagram pages to promote their work or using digital channels for the actual delivery of their work.

AA: It sounds like this really enables the students to push their craft forward.
JC: Yes, the digital age means there are a lot more reliable sources available to them immediately. In terms of the production of work, they really do benefit from being able to make things faster and some of it is to do with accessing very high-end technology but a lot of students are using fairly normal technology such as mobile phones and laptops. If you think back to ten, fifteen years ago, you’d have had to have specialist resources and support to do that, whereas now you can make simple edits on your phone. It is really interesting and enabling. Of course, there are problems that come with it; around quality control of things and understanding the critical dimensions of these things. So I think it’s inevitable that we’ve developed a relationship with technology and I think art and design have always been infinitely tied to the technologies of their time. It’s part of what the subjects are about. 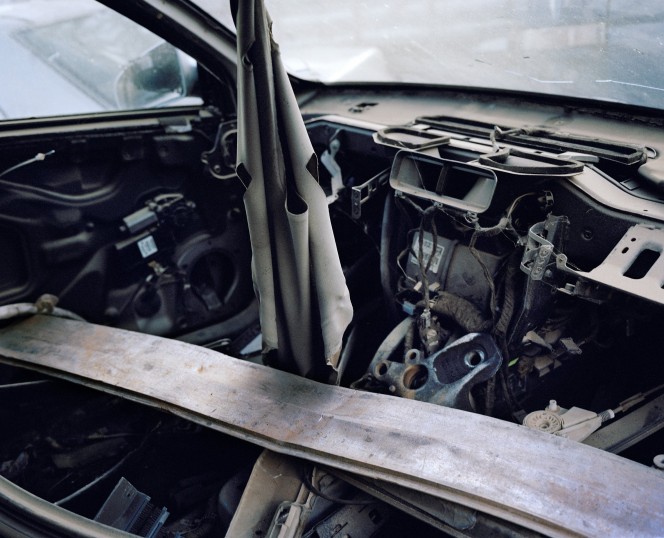 AA: In what other ways has the syllabus shifted in the last five years or so?
JC: So we have introduced a number of new programmes. For example, in my department we have launched Contemporary Art Practice, which looks at performance, moving image, critical practice and the public sphere. In other areas of the school, we’ve introduced programmes in environmental architecture, city design and programmes that have moved into the digital direction. And all of these are programmes that focus on the deployment of more ubiquitous media. We are also thinking of the ways in which technology might enable us to deliver our programmes in more flexible ways.

AA: And have you seen a change in the students’ attitude towards certain aspects of the art world? For instance, have you found that more are choosing immersive, structural practices rather than painting?
JC: To some extent. We have students who are in moving image classes, for example, who are using technology to immerse in the environment and there are people doing a lot of work in augmented reality. Students have definitely become very interested in working across different areas. They want to come to RCA to study their chosen subject in depth but also come away with a broader knowledge across a range of other areas. But I would say that the more profound impact of technology to do with how the work is distributed or thought about – whatever that might be – even if someone works on an oil painting, they will still Instagram that painting and so that painting will be circulating around the world within an hour of it being finished.

AA: How does the balance work between established courses and the need to update and look at introducing new courses?
JC: That’s always quite challenging as we never want to get rid of old courses, we just want to open students’ minds to working around new technologies. There are subjects that focus on working around solely new technologies, for example Global Innovation Design which involves constant work with interfaces. Courses such as Moving Image are constantly interested in the development of technology in film and video. But then we have subjects such as Public Sphere, where the interest there is not so much about immersive technology but the idea of what the distribution of the culture might be etc. There are also tutorials which question digital distribution and the end of bricks and mortar portals for art. 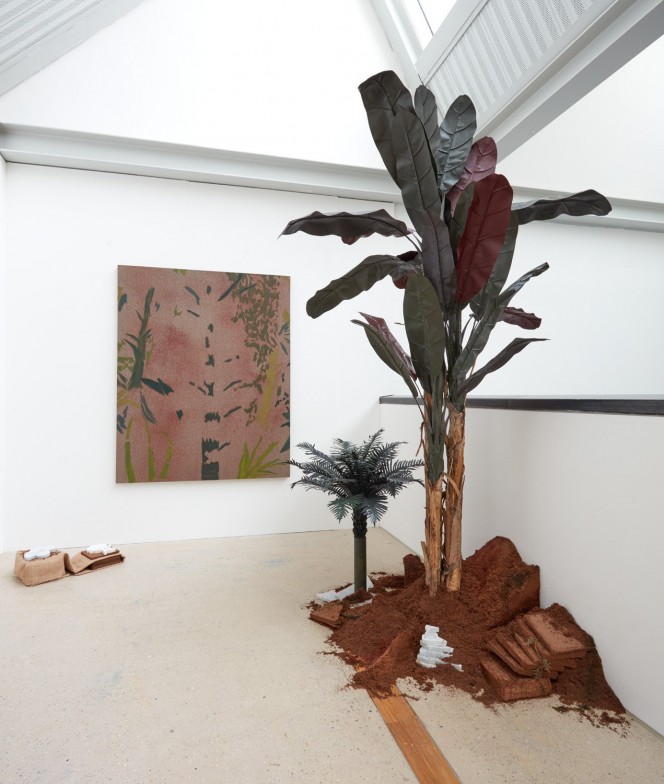 AA: Art is such a notoriously hard industry to break. What are the key pieces of advice you would give to those wishing to establish themselves in that world?
JC: I think it’s very important to know the terrain, so to understand how it works; the relationship between public and private institutions and an understanding of the lay of the land in the art world. I think it’s great to work together and establish networks with peers. It’s a great way to learn, to work with peers who are as engaged; those kind of support networks are incredibly important. Relating to that is the idea of continuing to learn. What is trending five years ago, is very different to what is happening right now and it will be completely different in five years time. So it’s important to remain alert to new artists, new thought, new structures etc.

AA: What professions do most of your students go on to pursue? And has this changed in recent years?
JC: We are really fortunate as most of us tend to go on and do what they came here to do, which is they become artists. We’ve got amazing alumni who have gone on to do amazing things. If you look at the curatorial world, most of the curators working within these big name institutions studied curating at the Royal College of the Arts. Quite a few people go on to set up studios and collections beyond graduation and that’s quite an interesting development. They establish workshops together and continue to practise in that way.