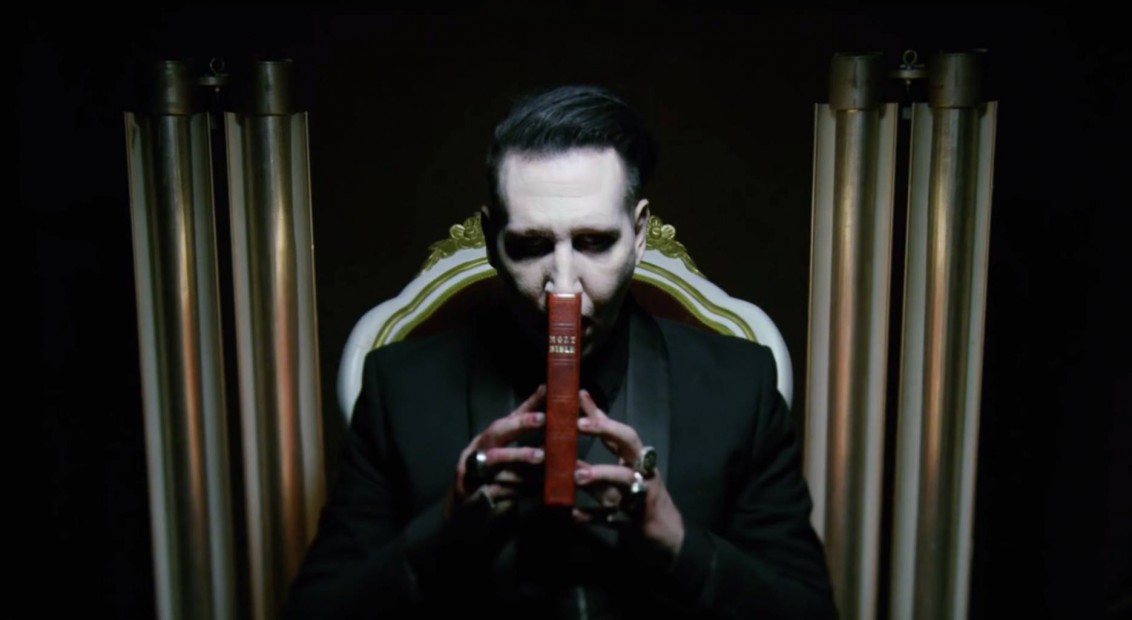 The Church Of Satan clears up Marilyn Manson’s role

Marilyn Manson has long been affiliated with Satanism – his sophomore record was titled Antichrist Superstar, for god’s sake. But in his 1998 autobiography, The Long Hard Road Out Of Hell, Manson took this a step further, claiming that Church of Satan founder Anton Szandor LaVey once actually certified him as a minister in the Church while on tour in Nine Inch Nails in 1994.

“Near the end of our visit, he said, ‘I want to make you a Reverend,’ and gave me a crimson card certifying me as a minister in the Church of Satan,” said Manson. “It was like an honorary degree from a university… As I left, LaVey put a bony hand on my shoulder, and, as it lay there coldly, he said, ‘You’re gonna make a big dent. You’re going to make an impression on the world.’”

However, Satanists of the world, it may be time to redecorate those shrines, as the Church of Satan has finally responded to this claim, denying that the ‘God Of Fuck’ was officially ordained.

“Almost 30 years ago, he was given an honorary priesthood for his real world accomplishments at the time,” they said via Twitter. “This is not ‘ordained’ nor is it related to anything he might say decades later.”

No. Almost 30 years ago he was given an honorary priesthood for his real world accomplishments at the time. That is not “ordained” nor is it related to anything he might say decades later.

In a 2007 interview with WikiNews, Church of Satan High Priest Peter Gilmore offered clarification that supports the above tweet. “[Manson’s] a member who has been given an honorary priesthood. When asked about what Satanism is he can be very articulate in explaining it. But his own music is his own art. His stage shows are his own, and they don’t really exemplify Satanism in particular.”

Tagged with: Marilyn Manson, The Church of Satan Show me more: Music