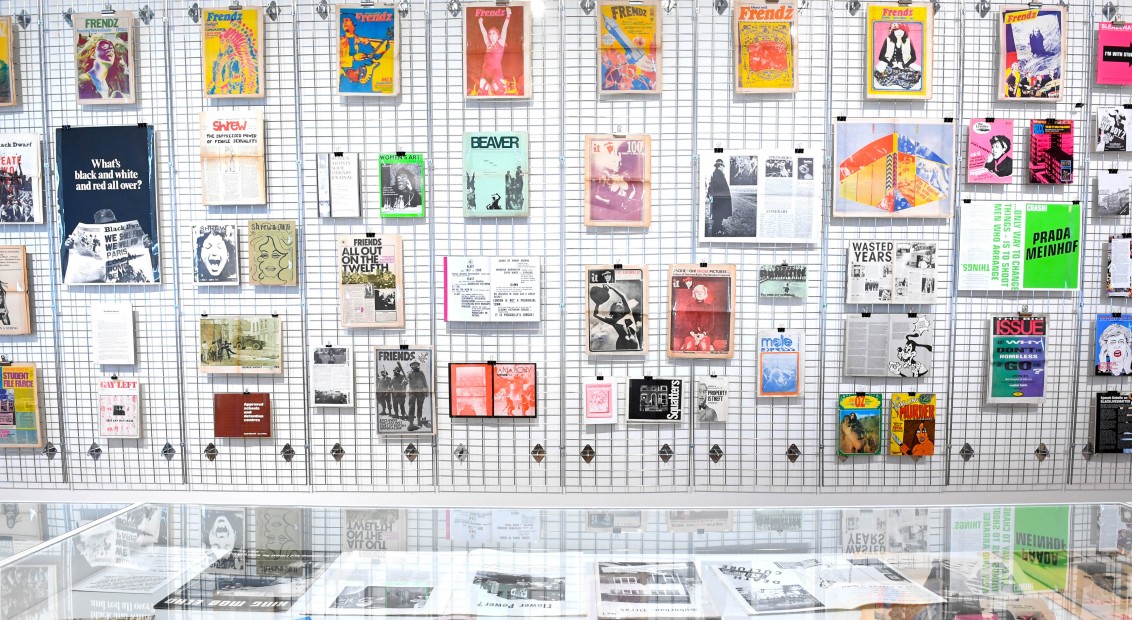 Why independent print magazines are still key to disrupting the system

Against the irrepressible advance of all things digital, it seemed the age of print had reached its denouement, consigned to obscurity and niche peripheries as the online juggernaut brought renowned publications to their knees. Against all odds though, print has not only survived but is flourishing. In an age where platforms for progressive dialogue and activism are widely demanded, magazines have retained their intrinsic value as disruptive forces.

A new exhibition at Somerset House, Print! Tearing It Up, traces the journey of independent publishing through the 20th century to the present day, situating the success of contemporary titles such as galdem and Thiird within the historical context of magazines as places of dissent and satire. From the pioneering days of short-lived Vorticist journal Blast to the enduring success of Ian Hislop’s satirical news publication Private Eye and through growing appeal of newly founded zines, the exhibition is above all, a celebration of the medium and its new generation of innovators. We spoke to Paul Gorman, author of The Story of The Face and the exhibition co-curator, about the success of print, its potential as a means of change and whether it can sustain this upward trend. 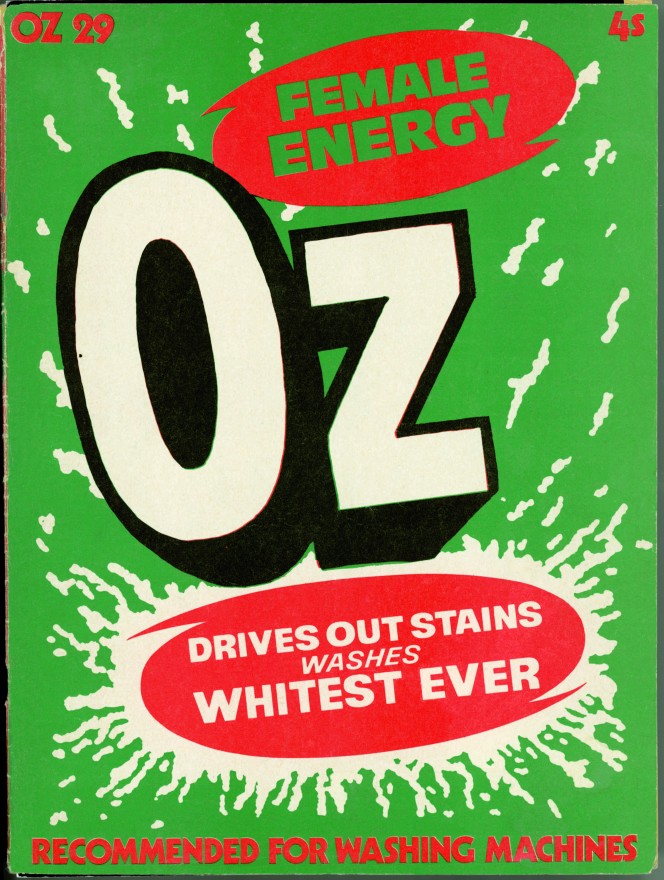 Finn Blythe: How is the show organised, is it thematic or chronological?
Paul Gorman: Thematically. The emphasis is on the contemporary but we wanted to pay attention to the developments, history and lineage of independent magazines. So we chose Blast as a starting point by Wyndham Lewis and his fellow Vorticists. It’s a modernist manifesto which kind of swept aside old England and Victorian repression. It was a touchstone, not only for contemporary magazines but those that preceded them, whether it was the lifestyle press of the 80s and 90s, the satirical press of the 60s, the underground press of the 70s, they all kind of link in one way or another back to Blast.

Finn: So it kind of sets a precedent for the rest of the collection?
Paul: Yeah, Scott King, who I got on board to design the graphic look of the show, produced a couple issues of Crash in the late 90s which was the end-of-century repost to Blast. It was about the emptiness of Blairite Britain and the lies of Britpop and BritArt, things we were going through as a country in that period. Because of those disruptive values we wanted to bring it to date so we’ve juxtaposed them with galdem. We’re drawing the links thematically, looking at things like identity politics, gender and sexuality, those things which are really pressing today but which have always been there.

Finn: Interesting that the 20th century has been bookended by these two publications that both fulfil a similar sort of function, just eighty years apart.
Paul: Yeah they’re clearing the house, they’re wiping the slate clean and going, “Fuck all that, let’s look forward.”

“I have a feeling that’s why they gravitated towards print as one of the areas of expression, it was a bit of a reaction to online being quite sterile and impermanent.” 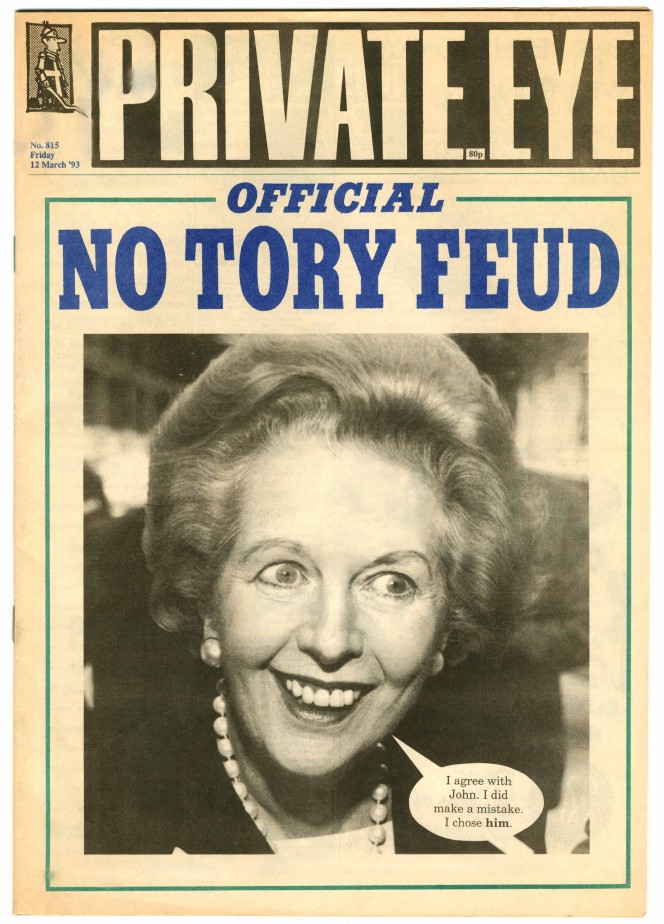 Finn: Why are you having this exhibition now?
Paul: Now seems to be right because it’s evident that the 2008 crash and its impact, particularly on young people, meant they had to contend with things that previous generations hadn’t. Ok, in the late 60s they had the social turmoil of the 1968 or Greenham Common in the 80s, but here was a totally new set of circumstances where a digitised generation that had grown up with the online environment then found that in their physical environment the chips were really down; coming out of colleges and highly educated, or embarking on careers and finding out that they couldn’t afford to live where they wanted to. I have a feeling that’s why they gravitated towards print as one of the areas of expression, it was a bit of a reaction to online being quite sterile and impermanent.

Finn: That relationship between digital and print is interesting because it’s the success of online that engendered a need for something tangible and lasting.
Paul: And authentic. The late, great Malcolm McLaren defined punk rock as not being a safety pin through the ear or three chords, it was about DIY and anti-corporatism, because therein lies some kind of authentic experience. All of these magazines that we’re featuring in the show reflect that. They’re DIY with an anti-corporate attitude, you can see it in Private Eye today. It’s been going since 1961 with this mixture of biting satire and investigative journalism and it’s still an independent magazine. They’re totally anti-corporate in their outlook and their production methods

Finn: There’s an interesting lineage to a lot of these magazines – they have predecessors and hereditary influences like The Gentlewoman and Spare Rib. What do they all share in common?
Paul: They’re doing it themselves, they’re anti-corporate, they’re anti-received opinion, they’re using this as a very direct means of communication to commit to something. That’s the interesting thing about print as well, you’ve got to commit, it isn’t like setting up a blog or tweeting, you can be expressive and some people are very good at it, but when you’re producing a magazine it’s a physical object which goes through a mechanical manufacturing process, you have to be careful because otherwise you’re going to look like a dick. You have to commit to it and be there for the whole production cycle.

“…they’re wiping the slate clean and going, “Fuck all that, let’s look forward.””

Finn: As more people want to produce film content, it’s creating a generation whose skill-set has been trained away from magazine production, who are great at editing a video but in terms of page layout they have no idea.
Paul: It’s interesting isn’t it? The other criteria we applied was that these magazines should be in some way oppositional and I think merely by printing a magazine these days, you’re half way there. One of my favourite magazines in the show is called Fuck Brexit, produced by this bloke Dan 3000 in September 2017. It’s got a blown-out portrait of David Cameron with the words, ‘Fucked up and Fucked off’ across his forehead – it’s really good. I see the humour and anger there going back to certain aspects of the underground press and Private Eye and that very oppositional thing about, “Fuck this, we’re not going to take this.”

Finn: Do you see the future of print in Fuck Brexit, a spontaneous reaction that helps foster a sense of injustice and opposition, or do you think that the health and success of print is going to continue to fluctuate?
Paul: It’s a bit like any creative pursuit, you’re only as good as your next issue. Don’t get too happy and don’t get too smug, because you’ve got to put another bastard together next week. It can be a means to great media success, particularly if it’s accompanied by the right online platform. Sure some will fail, but they’ll be glorious in their failure.